Was the Byzantine follis larger than the Roman (and why, if yes)?

Today I saw in a museum a row of coins minted by Roman emperors. The last four coins were of the follis kind, belonging to Constantine the Great, Constantius II, Anastasius and Justinian I. 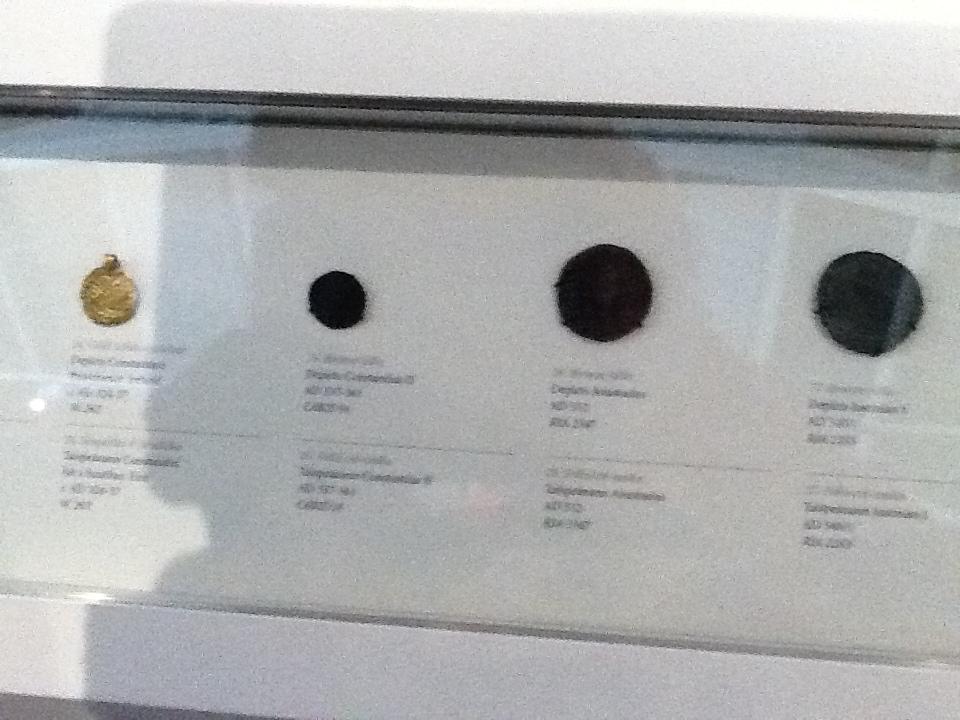 The picture I took is not very good but one things is clear: the latter two coins (the Byzantine) are much larger than the former two (the Roman).

Is there a pattern here or just a coincidence?

Perhaps the relative value of the follis with respect to other denominations has changed and so its size had to change too? Or is there some arcane numismatic reason for this?

roman-empire byzantine-empire numismatics
Share
Improve this question
edited May 2 '13 at 1:48

It is forgotten in our modern age of fiat currencies, but money was historically not just a representation of value, but a physical store of value in itself. Coins contained a certain amount of precious metal, particularly silver or gold.

The size of the coin is only indirectly related to its value, because the true value of a coin lay in its total silver or gold content. A small coin with a high silver content would have been more valuable than a large coin that was mostly copper, which incidentally is why the U.S. dime (10¢) is traditionally smaller than the penny (1¢).

Expanding the money supply required increasing the number of coins in circulation, but the temptation to reduce the silver or gold content of the coins was irresistible to rulers. It reduces the precious metals in circulation to the benefit of the ruler, and contributes to inflation (which is, after all, simply the devaluation of money) which would help a ruler pay off debts.

As Doug Smith notes, the follis was debased several times, and was far from the only Roman coin which suffered that fate.

Not the answer you're looking for? Browse other questions tagged roman-empire byzantine-empire numismatics or ask your own question.