On this statue of Augustus (image is from Wikipedia), he is depicted wearing the traditional dress of Egyptian pharaohs: 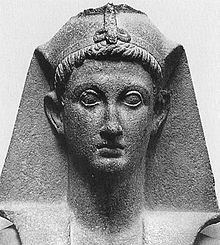 I wonder whether Roman emperors were officially declared kings of Egypt or not, and if yes, who of them was and who was not?

No, they were not. The Ptolemys were the last dynasty to rule Egypt directly in the old fashion. When the Romans took over, they just treated it as another province in the empire.

In 30 BC, following the death of Cleopatra VII, the Roman Empire declared that Egypt was a province (Aegyptus), and that it was to be governed by a prefect selected by the Emperor from the Equestrian and not a governor from the Senatorial order, to prevent interference by the Roman Senate. The main Roman interest in Egypt was always the reliable delivery of grain to the city of Rome.

The headdress is called nemes, and is only worn by Pharaohs, sort of like the symbolic function a crown would have to a European. The statue is simply a way of telling those who can't read that Augustus Caesar is their ruler. However, the Roman rulers never came to Egypt to carry out the ceremonial functions required of a proper Pharaoh. If you look over the dynastic lists, you'll see that they end in 30 BC with Cleopatra.

In 30 BC Cleopatra, Mark Anthony, and Caesarion (Ptolemy Caesar) famously met their deaths in the aftermath of the Battle of Actium at the dawn of the Roman Empire and the Augustan Age.

Ronald Syme (in The Roman Revolution) provides this account of the Ptolemaic dynasty's demise in Egypt:

The children of Cleopatra presented a more delicate problem [opposite the virtue of clemency]. "A multitude of Caesars is no good thing." That just observation sealed the fate of Ptolemy Caesar, whom many believed son of the Dictator [Julius Caesar]. Alexander Helios and Cleopatra Selene were reserved to walk in a Roman triumph. The boy is not heard of again -- he was probably suppressed. The girl was enlisted as an instrument of Roman imperial policy, being given in marriage to Juba, the prince of the Numidian royal stock who became King of Mauretania.

Such was the fate of Egypt's Queen and her children, crowned kinds and queens. The Roman imperator seized the heritage of the Ptolemies. He claimed, using official language to have added the land to the Empire of the Roman People: he treated Egypt as his own private and dynastic possession and governed it trough a viceroy, jealously excluding Roman senators. The first Prefect of Egypt was C. Cornelius Gallus, a Roman knight.

As you may expect, Syme includes references to primary sources, such as Res Gestae Divi Augusti.

The Dynastic list as mentioned elsewhere takes us to a Wikipedia page, and right at the bottom of that page we read that according to Von Beckerath (Citation 2) and "The Book of the Pharaohs" (Citation 110), the last Roman emperor to be conferred the title of pharaoh was Maximinus Daia 311–313 AD.

Cleopatra VII had affairs with Roman dictator Julius Caesar and Roman general Mark Antony, but it was not until after her suicide (after Mark Antony was defeated by Octavian, who would later be Emperor Augustus Caesar) that Egypt became a province of the Roman Republic in 30 BC. Subsequent Roman emperors were accorded the title of pharaoh, although exclusively while in Egypt. 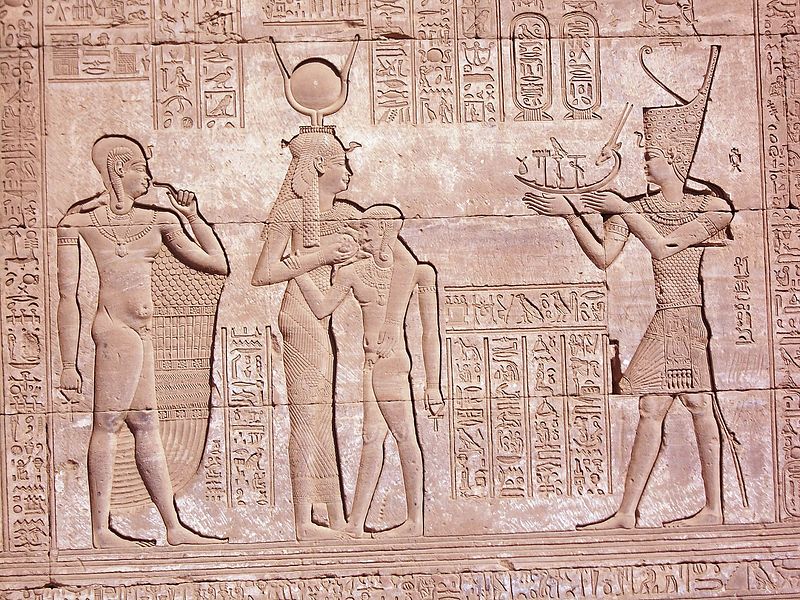 As Wikipedia appears to be the source of choice for everyone else in the discussion, i will remain consistent and point to (Citation 2) "A ride in Egypt" to establish that the Roman pharoahs were initially officially recognised by the Egyptian people and the priesthood.

I understand the arguments against, and as written in Wikipedia "Most emperors probably cared little of the status accorded to them by the Egyptians, with emperors rarely visiting the province more than once in their lifetime. Their role as god-kings was only ever officially acknowledged by the Egyptians themselves. This was a sharp contrast to the preceding dynasty of pharaohs of Hellenistic Ptolemaic Kingdom, who had spent the majority of their lives in Egypt, ruling from Alexandria.". However there is little need for me to elaborate farther on this as it has already been well highlighted.

I think the best way to look at it, is that the Roman pharoah period was just the last stage in the decline of the pharoahship which perhaps debatably begins with the Bronze age collapse, and ending forever with the spread of Christianity.

Though Egypt continued to be a part of the Roman Empire until it was conquered by the Rashidun Caliphate in 641 AD, the last Roman emperor to be conferred the title of pharaoh was Maximinus Daia (reigned 311–313 AD). By his time, the view of Romans as pharaohs had already been declining for some time due to Egypt being on the periphery of the Roman Empire (in contrast to the traditional pharaonic view of Egypt as the center of the world). The spread of Christianity throughout the empire in the 4th century, and the transformation of Egypt's capital Alexandria into a major Christian center, decisively ended the tradition, due to the new religion being incompatible with the traditional implications of being pharaoh.

Were Roman emperors officially considered kings of Egypt? According to Citation 2 of Roman pharoah, yes, some were officially recognised by the relevant Egyptian officials

Emperors were treated and depicted as pharaohs for many reasons. The Egyptians did not know other forms of rulers, because they never had an emperor before. Augustus became emperor 3 years after Egypt was annexed.
Augustus wanted to be treated as pharaoh because he wanted a province not to rebel against him and he demanded a lot of grain from it.

Not the answer you're looking for? Browse other questions tagged roman-empire ancient-rome ancient-egypt or ask your own question.

9
Why did Constantius Chlorus decide to become a Flavius?
12
Why are some Pharaohs depicted wearing the red or the white crowns even after the unification of Egypt?
4
Where can I find an explanation of the variations in style of Egyptian hieroglyphs?
2
Who were the Hermotybians and Calascirians mentioned as making up the warrior caste of Egypt by Herodotus
8
What’s this odd hat/crown and is it related to Baal?
2
Who was the first woman to be made a god by Rome's senate?
18
What was the importance of the patrician class in the Roman Empire?
12
Did ordinary people during Hatshepsut's reign know she was a woman?
7
Were Egyptian monarchs referred to by the title "pharaoh" alone, without using their proper names, from around 1500 BCE until the 10th century BCE?