Did the British somehow imitate the Greek colonizers in India?

First of all I wonder whether the British headdress in India was somehow designed to resemble the headdress of the Indo-Greeks and Greco-Bactrians? For example, this is the image of Eucratides I, the Greco-Bactrian king minted on a coin (Indo-Greeks wore similar helms): 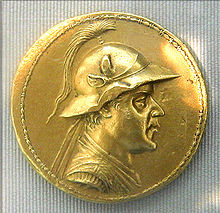 To me it bears resemblance to a typical British helm of the time: 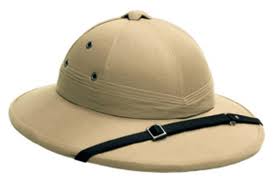 I also read a point of view that the British monarch was declared emperor of India because the Indo-Greek kings called themselves "Basileos of India". I wonder whether it is true and whether there were other parallels?

That particular helmet is of 20th century design - 19th century pith helmets were initially modelled on the Pickelhaube. No hellenic connection as far as I can see.

Not the answer you're looking for? Browse other questions tagged india ancient-greece british-empire or ask your own question.

16
Was democracy present in India before British colonization?
23
Why did the British not introduce the sterling in India?
17
In 19th century India, pre and post Raj, did any private British citizens actually own land in India?
3
Were the borders of British India deliberately poorly demarcated?
12
How many Britons lived in India during the British Raj (1858 - 1947)?
8
What was Ghulam Ahmad's relationship with the British authorities in India?
3
When the British left India, who authorized standstill agreements between Karnataka and Tamil Nadu?
3
Were British plans for India disrupted by WWII?
1
Is there any book depicting British rule in India from the eyes of British?