Are there ways to measure "how much power did "Russia" lose when the Soviet Union broke up?"

Russia today is the largest country in the world (by a fairly wide margin). That is true after the other 15 or so "Socialist Republics" left and went their separate ways in 1991, leaving Russia with a bit more than three quarters of the former Soviet land area. If physical size were the main determinant of power, Russia would not have lost all that much.

Another measure of Russia's lost power is the decline of population. Here, the loss was more serious, because Russia was left with only about half of the population of the former Soviet Union. And today's Russia seems to be a shadow of its "former" (Soviet) self.

So is one fourth (based on land) or one half (based on population) a better (rough_ guess of the decline in Russian power when the Soviet Union broke up? Are there any other other measures of power (e.g. GDP, nuclear warheads, troop strength, Nobel Prize winners, or any other relevant power source) that might provide a better estimate of Russia's loss?

There was a serious drop in GDP. The following graphic shows drop in GDP per captia for Russian Federation (not the USSR): 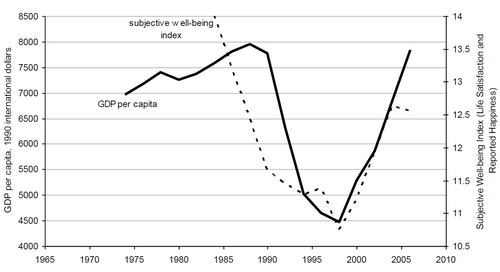 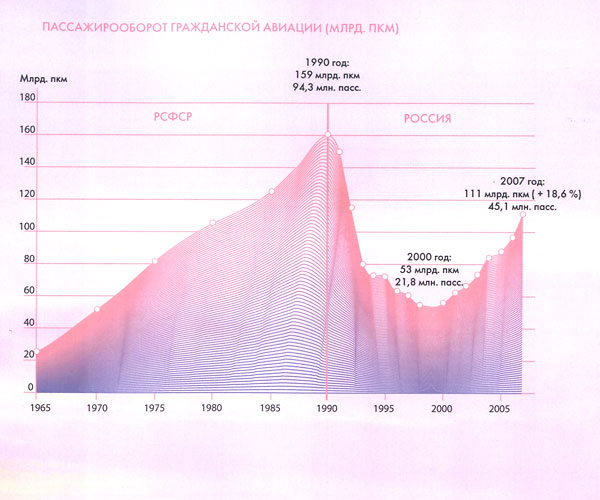 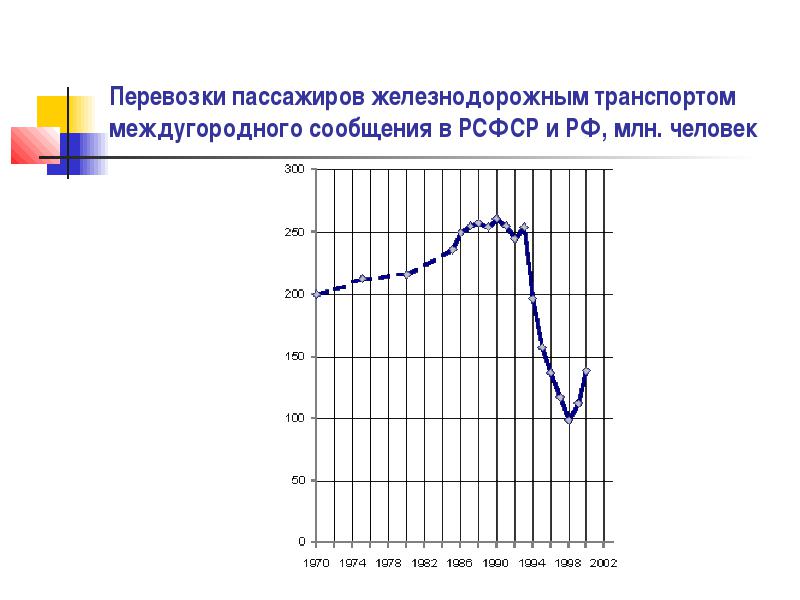 For a longer period:

There was an increase in crime rate (red=murders, green=drugs-related crimes): 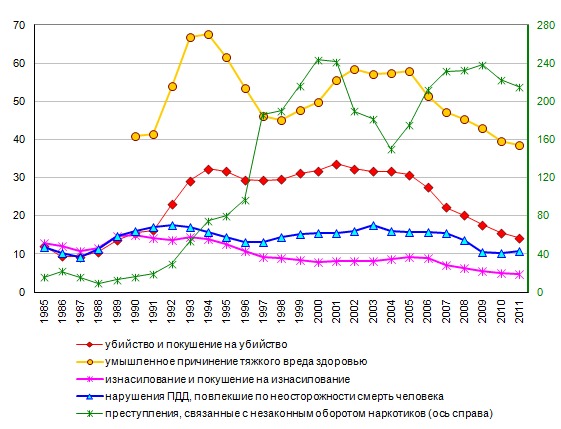 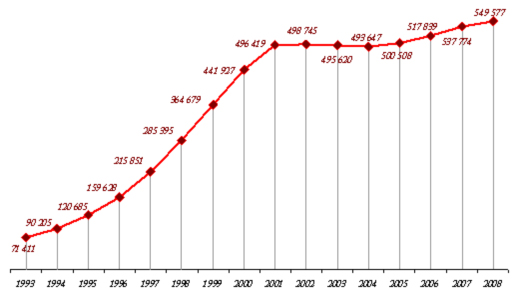 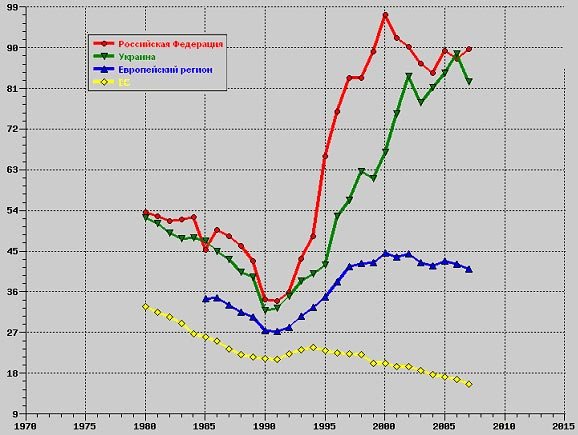 Average wage in kilograms of potatoes:

I doubt whether one can expect any meaningful overall quantitative evaluation on this topic (also given the background of external commodity price index rises during that time).

For instance, how would one quantify the effects of Russia's brain drain? Sure, one could start by multiplying some average-income-plus-cost-of-education with the known number of emigrees. One Sergey Brin (Сергей Михайлович Брин) was born in Moscow: so would we have to subtract (say half of) Google's stock value from Russia's current mineral wealth? Besides, who may know in which countries exactly the oligarchs' giant fortunes may currently reside? An what is the real "monetary" cost of being led by a former KGB officer (some say in the mold of Yuri Andropov)?

So with that I think any real answer to Russia's relative gain or loss has to be a qualitative one, despite what investment bankers do all the time :)

35
How did Moscow become the capital/most important city in Russia?
8
Are there non-russian sources related to how Rurikid Dynasty became rulers of Russia?
37
Did the Germans purposefully arrange to send Lenin to Russia to start a revolution?
5
How much resemblance did the industrialization of the Soviet Union bear to those of the rest of the world?
29
How popular was the Soviet Union?
12
Did the Ottoman government rationalize the Armenian Genocide and other instances of ethnic cleansing as a response to Russian expansion?
8
When did Russia learn about the Philippines and the Japanese and Spanish presences there?
2
What did Russia do about Caucasus oil after the collapse of the Soviet Union?
0
Are the war plans published in "Dropshot: The American Plan for World War III against Russia in 1957" genuine?
2
Was the Kerensky Offensive doomed from the start?