Who is the person sitting to the left of corporal Hitler?

My son, in my opinion, looks like the person sitting next to corporal Hitler in this photograph.

Does anyone know who this is or any information about where the photo was taken? 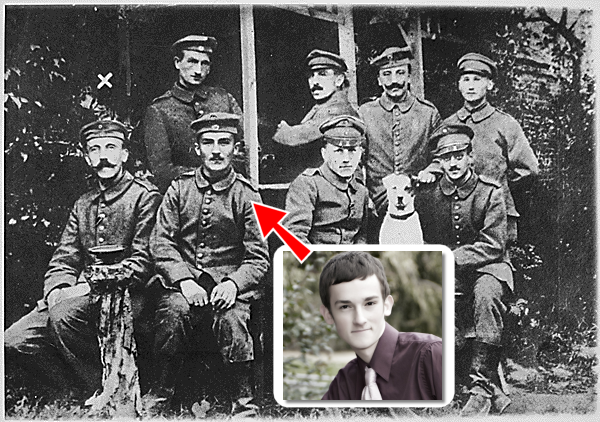 Here's the exact description of the photo, according to Hitlerpages.com:

This way, your man is called Balthasar Brandmayer. But it turns out that he's not just "some random soldier sitting next to Hitler" as we could think.

In fact, he's an author of a book called "Two messengers" which was released in 1932. It speaks about the times of his war service and frequently refers to Hitler. I don't know if it was translated into English, but...

I recommend you the linked book "Corporal Hitler and the Great War 1914-1918, The List Regiment" by John F. Williams, as there's a lot about Brandmayer, with quotes from his memoirs. Unfortunately many important pages are not included in the online preview, but there's still a lot to read about him.

Below there's another photo from the same session, with Brandmayer lying at the grass. 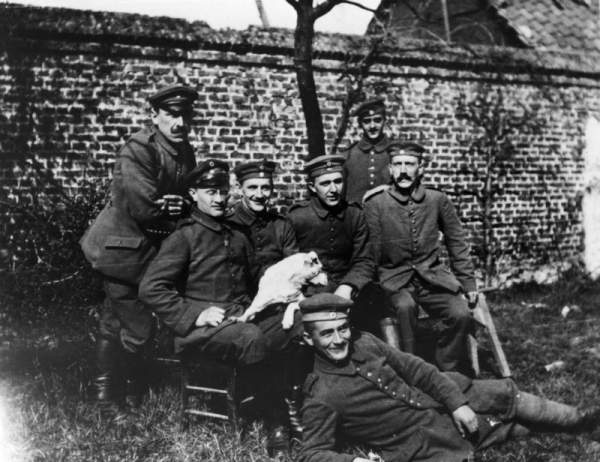 If any of you wonder, the dog's name is Foxl (Fochsl).

Not the answer you're looking for? Browse other questions tagged world-war-one hitler photography or ask your own question.

29
What was Hitler like in private?
11
Did Franco consider Hitler a “son of the Catholic Church” who “died while defending Christianity”?
2
Is Thomas Wedgwood's picture actually the first photograph?
14
Who are the people walking with Hitler?
6
What is the approximate date of this photo?
19
Is that armistice wagon photograph authentic?
17
How did Hitler imagine his succession? (for the case nazis would win the war)