I have in front of me a map of South-East Europe (as depicted below) from the inside cover of the 1967 German edition of John Stoye's The Siege of Vienna. A detail shows three then dukedoms situated to three sides of the Carpathian mountains: Transylvania to the West, Moldavia to the East and Wallachia to the South.

What is interesting to me is that one sometimes finds this pattern (different territorial domains on different slopes of a mountain range), whereas sometimes one finds the inverse (a single territorial domain with a mountain range at its center). The latter e.g. seems to be the case for the former princely county of Tyrol in the Alps (also pictured below), for modern Switzerland also in the Alps), and possibly for Georgia-and-Azerbaijan (both form parts of the Ciscaucasus and Transcaucasus respectively), Lesotho ("the only independent state in the world that lies entirely above 1,000 metres"), Timor-and-East-Timor, Haiti-and-Domenican-Republic, Guatemala-and-Belize and Honduras-and-El-Salvador vs. Nicaragua and Costa Rica, Norway-and-Peru (the latter two at least partly to both sides of major coastal mountain ranges.

I am wondering whether there is any systematic rule which may determine whether a given region will likely host one pattern or the other. For instance, if there are different cultures and languages from previous migrations on both sides of the divide, this clearly favors the first pattern; if there is a local important pass connection over the mountainous region, this may favor the second option (e.g. the case with the Gotthard Pass in the Swiss Alps, but certainly not universal: e.g. the Khyber Pass connects Pakistan and Afghanistan).

Are any such rules apparent from the study of human history (as well as geography)? 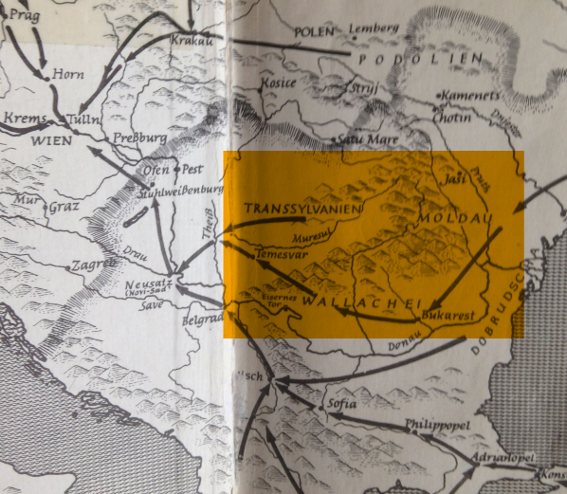 (dukedoms of Transylvania, Moldavia, Wallachia in the 17th century) 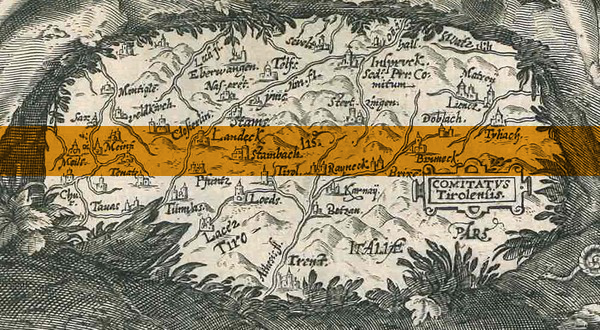 (princely county of Tyrol; notice the west-east main ridge of the Alps and the resulting a north-south drainage divide)

I came across a passage from Colin McEvedy that went into this somewhat.

There is, of course, a conflict of interest between continental and littoral peoples but this does not become overt until the continental communities become organized into a centralized state. It is only then that the national aspirations are formulated and that there is a drive for 'natural frontiers', by which is simply meant geographically easily recognizable features such as rivers, mountain ranges or, best of all, the sea.

(from the introduction to The Penguin Atlas of Ancient History)

The dynamic you are seeing is simply that some peoples develop a culture that works in the mountains, and some don't. The same goes for rivers, and littoral areas. As a result, the peoples living on both sides of a river or mountain range tend to speak the same language. In Western and central Europe, the mountain and river people were often German speakers.

When leaders aspire to build borders for their territory, it is natural to want to do two things: 1) Encompass the entire area of your native culture and 2) Draw a line on a good defensible geographical feature.

I would argue against the premise. Which Switzerland is undeniably a mountainous region it still obeys the general rule of being on one side of a mountain. This map is a physical clue to what is going on, Switzerland is actually based around the Swiss Plateau, not around the alps.

If we reach back into history just before Switzerland came together into almost it's modern form, ie just before the Old Swiss Confederacy, we find it dominated by four main noble houses.

These are all very much on one side of the Swiss plateau, and this is still true today, with the "middle land" being where most of the Swiss population reside. While their influence now extends far into the mountains, I do not see this to be in conflict with your original observations about countries in the Carpathians.

However, of course I would agree that there is something special about their relation with the mountains. But I would be interested to know, for example, how Transylvania views the Carpathians, which forms a semi-circle around the region.

PS. I would point out the Gotthard Pass separates German and Italian speaking Swiss. And if that isn't a huge clue about people on opposite sides of mountain passes tending to be in different nations (not all national boundaries are political), I don't know what is.

Not the answer you're looking for? Browse other questions tagged geography nation-states romania moldova or ask your own question.

4
Why the military revolution is a cause of the industrial revolution?
8
Eastern and Southern Europe in the medieval time period?

2
Have there been any instances of US states trading land, not related to the creation of a state?
13
Why do some 17th and 18th century maps depict Ottoman sanjaks north of the Danube in Wallachia?