Time zones are demarcations of solar hours (15 degrees) on the planet (a few are offset by 30 or 45 minutes) used by many nations. Solar noon moves closer on average (depending on the month and day) to 12:01pm the nearer to one is to the beginning of the zone. Has anyone in modern United States history (post-GMT and world wide time zones) seriously proposed an alternative system of time zone management than the hour (for instance moving to the half hour)?

Interestingly, when the time zones were established at the International Meridian Conference in 1884, the original idea was to have a single coordinated solar day. This meant that eventually, the hope was to have a single coordinated time throughout the world. The idea of dividing the world into time zones was merely supposed to be a step to getting to precisely that point.

Unfortunately, the resolution adopted had within it the seeds of its failure to take that final step. The single coordinated meridian was to be selected without interference in the local observation of solar time and "without regard to politics but only to scientific progress."

As you might expect, the "art of the possible" never was able to go that far.

None that were taken seriously. Why? Because modern life isn't so linked to the Sun that you can't be an hour off, and because more time zones mean more people having to live and work across those borders every day. It is so disorienting that some places have changed their time zone to be the same as whomever they do the most business with. This (partly) explains the mess that is Indiana. Chicago is so important that the six nearby counties in Indiana switched to its time zone. The nation of Kiribati was, until recently, split by the International Date Line, now it swings waaaay out east to UTC+14. Samoa switched sides of the IDL to have five shared work days with Australia and New Zealand, their biggest trading partners.

Time zones have only a vague relation with the position of the Sun anyway. You can see things like China being like "EVERY TIME IS BEIJING TIME!", and Alaska is like "JUNEAU TIME FOR EVERYONE, nobody lives up there anyway", and I don't even know what's going on in Russia. 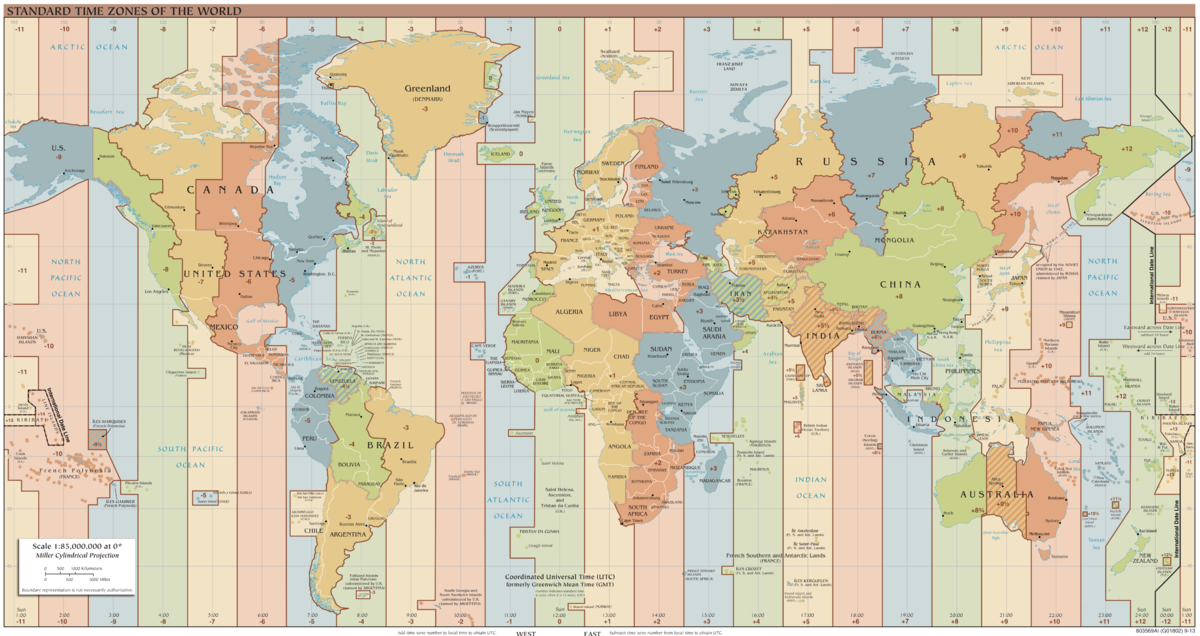 Here's a great map of how far off a given time zone is. 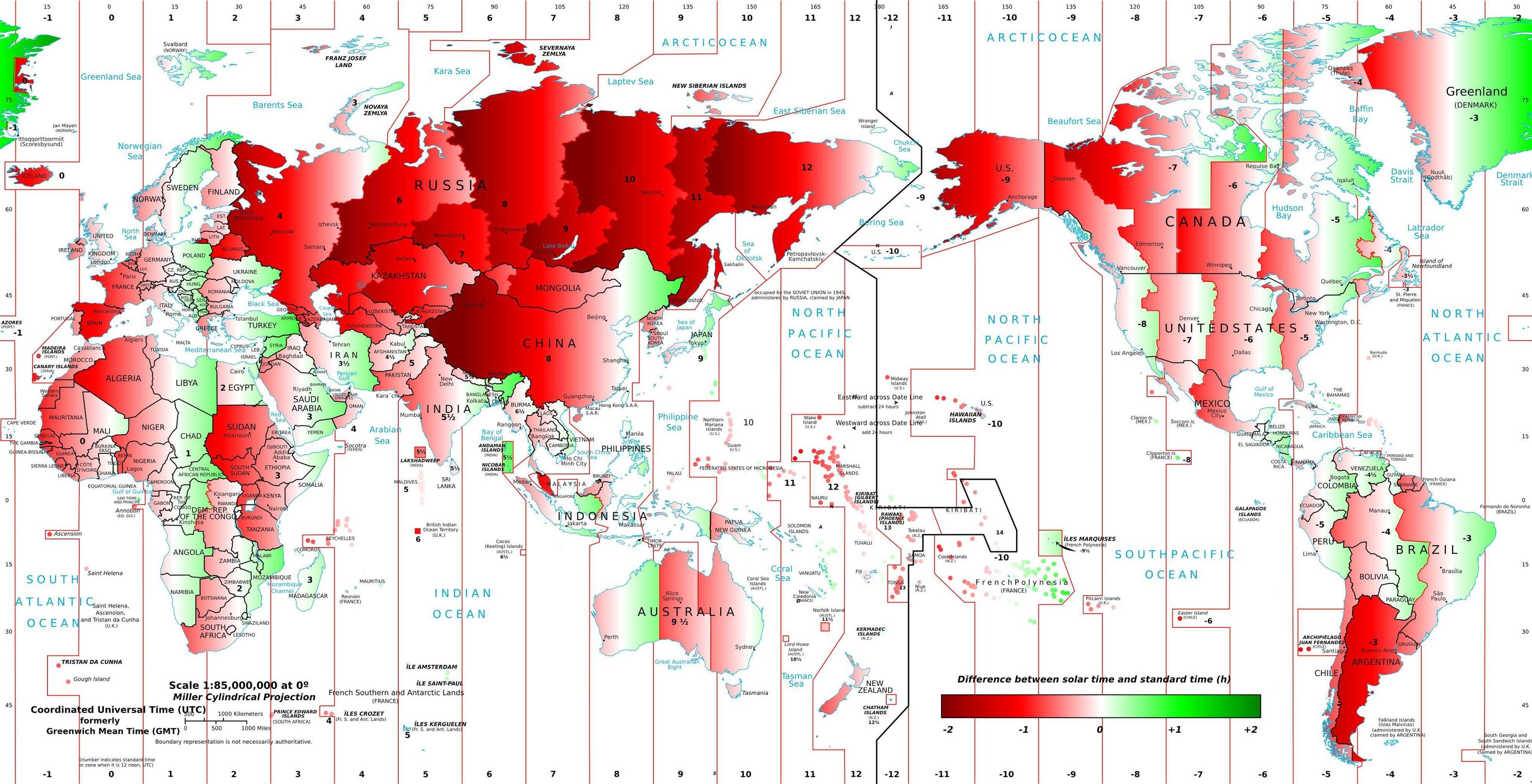 Nowhere in the USA does that, however there is one place in North America (sorta) that does: Newfoundland.

They happened to be about 3 and a half hours from Greenwich when the time zones were first set up, and being persnickety people, opted to keep their own time rather than join the Atlantic or central Greenland time zones.

Assuming that Swatch sells their plastic watches also in the U.S., there is their notion of Swatch Internet Time (beat time): The notion has not become popular in Europe or even Switzerland (where the company originates) so far, but insofar as this is a serious, globally acting company, their (marketing-driven) attempt can (perhaps) be counted as a (somewhat) serious alternative system. The reference meridian is fixed at at Jakob-Staempfli Street, Biel, Switzerland.

5
sense of time in people with no means for time measurement
3
How did ancient Dravidians tell the time?
31
Why of all units is Time standard?
13
Why does clock time start in the middle of the night?
13
Where was the dateline before the concept of the International Dateline?
4
When modern time measurement first appeared and who invented it?
0
Was respiratory rate used as time measurement?
3
What is the history of time tracking?
27
How did people wake up on time before alarm clocks?
35
When were 'time zones' (or at least time difference) discovered?