In World War 1, because war broke out between the triple entente and the central powers (and they happened to have a lot of foreign colonies), the allies made posters to recruit soldiers from all over the world to fight in the trenches. This would include both Africa and India, I have found US propaganda posters and Canadian ones, but I was wondering where to find Indian propaganda posters. Surely there must be some on the web? 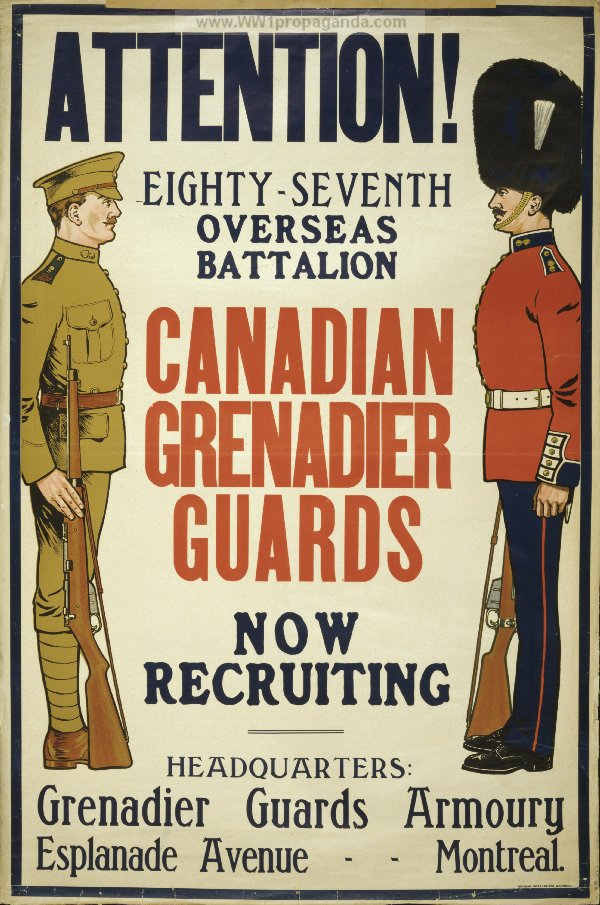 Indian WWI-recruitment poster was very peculiar. Material benefits, instead of patriotism, were employed to encourage recruitment. 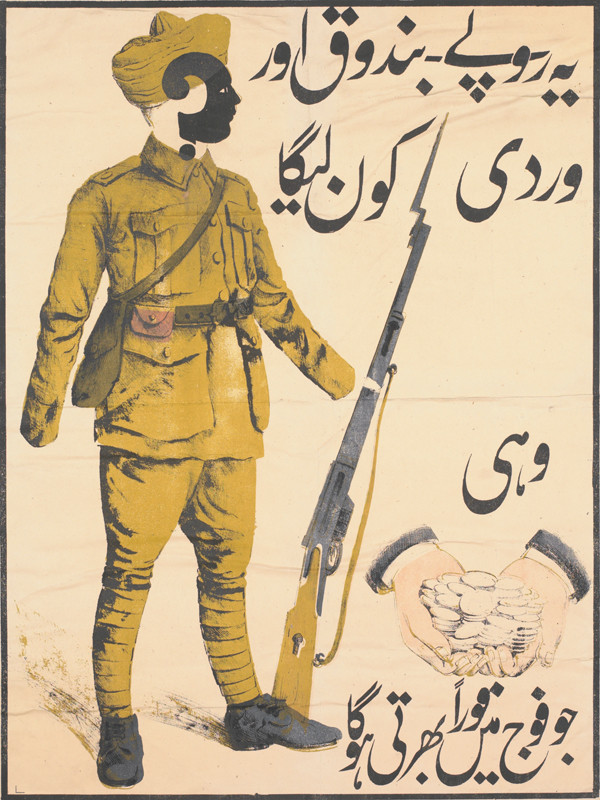 Indian recruitment poster. Urdu translation reads: 'Who will take this uniform, money and rifle? The one who will join the army.

The German Wikipedia article on Propaganda im Ersten Weltkrieg (apparently w/o English version) includes a few more examples, such as a U.S. poster from 1917 that may have preceded King Kong. Starting from there, one can find more British material e.g. here and here.

Unfortunately, it apparently does not reveal specific Indian propaganda posters either. I think @cleopterist's point about poverty and population levels deserves consideration as the (a) possible explanation: literacy rates in India climbed from approx. 40 to 65 percent between 1980 and 2005 (a bit higher for males alone): they must have been well below the 40 percent mark at the time of the Great War. (Though one might perhaps argue that posters target both literates and illiterates alike, as may still be true for Bollywood movie posters to some extent.)

There is a very substantial collection of Indian war posters in the Imperial War Museum collection in London. Illiteracy doesn't mean no equation at all with the world of print, and illustration.

Not the answer you're looking for? Browse other questions tagged 20th-century military india british-empire world-war-one or ask your own question.

30
Was the Italian campaign a strategic mistake?
37
Did the Germans purposefully arrange to send Lenin to Russia to start a revolution?
14
What were the individual soldiers motivated by during World War 1?
16
Was there a serious proposal to offer India territory in East Africa?
5
What were the major strategies/ideas Britain exerted against Indian Independence movement?
10
Why did the British “Indian” army come disproportionately from particular regions?
2
The Triple Alliance vs The Allied powers vs The Allies
2
In World War 1, why were the Australian and Canadian troops so good?