In his massive book Heisenberg's War: The Secret History of the German Bomb, Thomas Powers says that Heisenberg, who never became a Nazi and balked at the immorality of building a bomb for Hitler, did what he could to guide "the German atomic bomb effort into a broom closet." But Powers also knows that the evidence is not conclusive and that Heisenberg, who lived until 1976, did little to clear things up. prospect.org 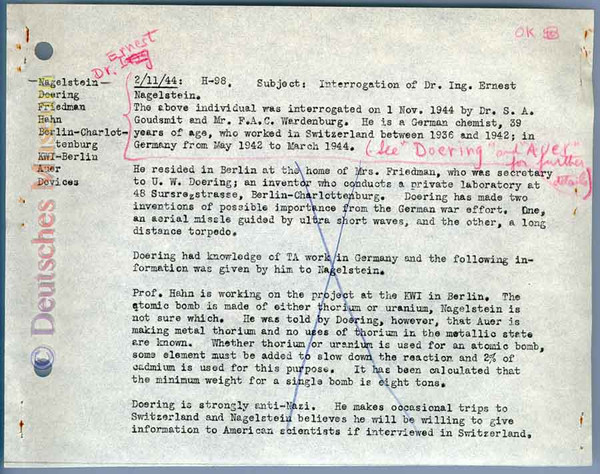 Postwar focus on Heisenberg misses the point entirely that Heisenberg himself was not key to the German Atomic bomb project and in fact was quite peripheral and largely unaware of Diebner's achievements. Heisenberg was a vain, arrogant man who thought himself superior to other scientists and thus he perhaps saw himself at the centre of Germany's nuclear efforts, but this was light years from the truth.