How was Hitler able to rearm?

It seems that Germany must've been under incredible scrutiny especially by the British.

How was Hitler able to rearm?

To take one example, in 1935, Hitler negotiated the Anglo German Naval Treaty (details in the link).

This treaty "broke" the Versailles Treaty because it gave Germany naval tonnage limits ABOVE Versailles. It was a bilateral treaty between England and Germany, concluded without consulting the other Versailles signatories, especially France and Italy.

Germany became a clandestine arms supplier as a way to build its own industrial capabilities, for example building U-boats for Turkey before WW2. 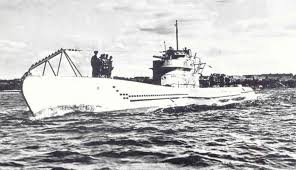 The He-115 floatplane was exported before the war to both Finland Sweden and Norway. MI.6 obtained and operated five of these Norwegian He-115 aircraft in clandestine operations against Germany during the war

Germany also supplied fighters and Wright Cyclone engine powered He-111 bombers to the Nationalist Chinese before WW2 and assisted the Soviets to re-arm. "The He-111 was exported and/or produced in a number of different countries. He-111s were shipped to China, Romania, Hungary, Slovakia, Spain, Turkey and Bulgaria."

In addition to the hardware they provided mercenary crews as a way to gain experience. Source Bund Archiv Freiburg

5
How common was it for Red Cross personnel to fight (in both World Wars)?
37
U.S. weapon restrictions during 19th century
11
What was Nazi Germany's end goal?
10
What was a “Qua” in a “Subsidy of Armour” in 1590?
3
With no heavy infantry, how could melee units be effective, facing competition from ranged units?
4
Were bricks instead of bombs occasionally thrown out of war planes in WWI?
4
Was the tide of war ever turned by a wonder weapon?