Ancient statue I found near my place

I have found an ancient statue covered in the ground. I am from Haifa, Israel. There are no old buildings nearby. Here is its photo; I don't know what it is! 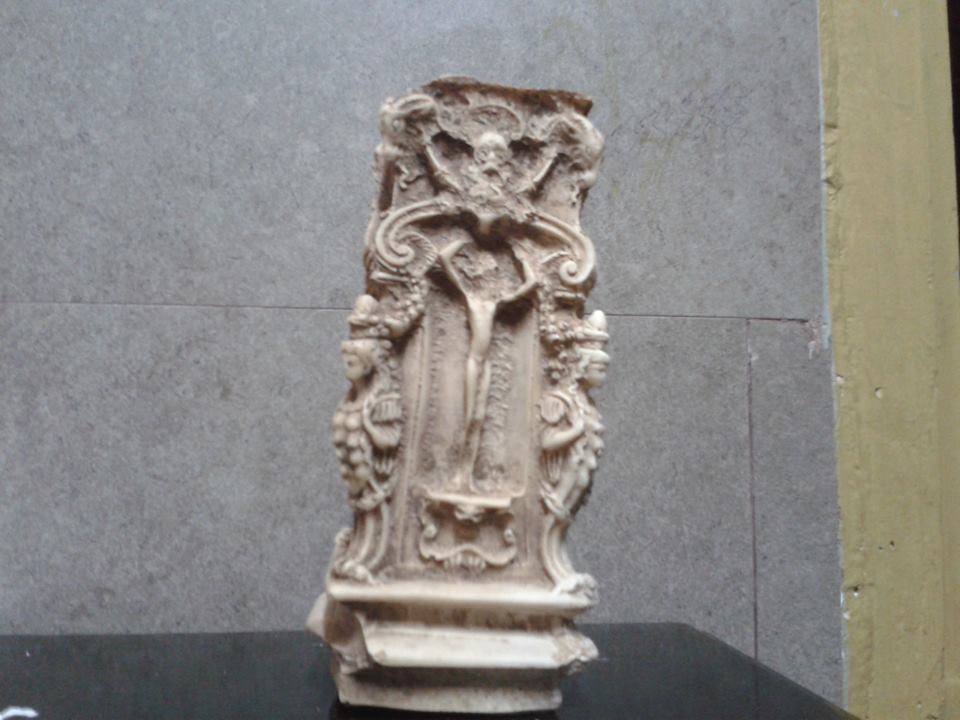 I would like to know what period this statue belongs to.

ancient-history roman-empire archaeology
Share
Improve this question
edited May 25 '13 at 3:56

This is a marble plinth or capital for a decorative column, likely of Classical Roman origin - the harpies and the immodesty of the subjects particularly give it away. There was a major Roman city nearby at Caesarea.

It will be impossible to give you more information over the internet - your best bet would be to report its discovery to the Antiquities Authority. They'll give you credit for its discovery (a big deal! I'm jealous), and they'll be able to tell you more about it. You probably qualify as a collector, so you'll get to keep it, tho they may request to borrow it for study or display in a museum (A really big deal!).

Congratulations on your find.

It is difficult to say as to who designed this object, due to the many images depicted. It is probably not a statue, but might be a remnant of a column. There is a figure who appears to be in a crucified position-(most likely representing Jesus), though the sides of the statue have multi-breasted figures-(probably Goddesses). The top of the object has a skull, though its meaning mystifies me.

This object appears to have mixed cultural characteristics.If it is Roman, it is probably in between Constantine and Theodosius. The 300's AD /CE, in much of the Roman Empire, was still pagan, though Christianity under Constantine was legalized and then nationalized by Theodosius nearly 70 years later. This object appears to show a Christ-like figure surrounded by pagan imagery, perhaps suggesting the declining significance of paganism and the rising significance and centrality of the Christian message. Again, this is just pure speculation on my part; I am not an Art Historian.

The problem though is that this object doesn't appear to be ancient, it actually appears to be more modern. Perhaps Architects, when working in British colonial Palestine during the first half of the 20th century chose to design a Western style column with surrounding Christian and pagan imagery. For what reason.....I don't know; once again, pure speculation.

It is admittedly, one of the more mysterious works of art/architecture I have seen in recent times. I am sure there are professional archaeologists who can evaluate its time period and cultural origin with greater accuracy.

Not the answer you're looking for? Browse other questions tagged ancient-history roman-empire archaeology or ask your own question.

17
How did ancient armies keep the route of supplies to their battlefield?
9
What are the ruins in Turkey near Kömürcü Köyü?
7
Formation of underground layers of Rome
2
Troy: How could a city be built on top of an older one?
2
Is there a reconstruction for whom and when were the peoples of the ancient Levant just before Israel, Judea and Edom?
6
Help identify origin of a small clay statue