What would be accurate illustrations of vikings and viking culture?

Vikings didn't have horned helmets as is often depicted. Where can I find accurate representations how vikings and viking society looked?

For our purposes, there are two kinds of Vikings; western, or Norwegian Vikings that settled Greenland, Iceland, and Normandy, and eastern, or Swedish Vikings who settled Russia and the Baltic region.

There is a fair amount of literature on the first group of Vikings, who were called "Norsemen" (later Normans). One example is from Encyclopedia Britannica:

The reason is that their destiny later "merged" with that of (relatively literate) Western Europe, which kept track of them.

The eastern or Swedish Vikings, on the other hand, were less literate than their Norwegian counterparts, as is true of the lands they settled, vis-a-vis Western Europe. As a result, most literature on the Swedish Vikings is in the form of (their) "runic" inscriptions, which are the subject of study to this day.

If you are happy to focus on the military side of things, you could do quite well with some of the resources for the wargaming hobby.

Osprey books, for example, have a good reputation for accurately documenting the appearance of just about every culture's military personnel. And many of the miniature manufacturers take their cues from them or similar research.

Kit, Regia Anglorum are the premier Early Medieval living history society in the United Kingdom. They actively research historical social and military life, and have built permanent settlements in the Norman and Anglo-Saxon style, as well as having Viking ships. See http://www.regia.org/research/history/vikings.htm and http://www.regia.org/research/history/viking2.htm which will give you a flavour of the people we refer to as 'Vikings'.

Yes, they did wear horned helms. The British Museum allegedly has a lot of horned helms and also boar helms (though for some reason they are not displayed). For example, in Beowulf you can read of the hero's helmet:

Picture of vikings with boar helms (circa 8th century): 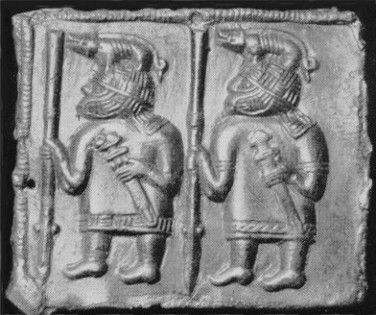 Horned helms actually predate vikings considerably and were more used by the Gaels actually, and their successors such as the Belgae, the Allobroges and the Teutons (ie Germanic Gauls of various types). The vikings did use horned helms, though of course, such elaborate headgear would be that of princes, like Beowulf, not common men. Here are two photos: 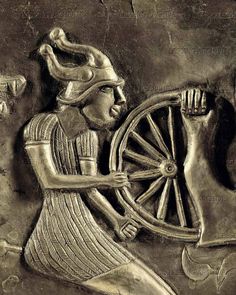 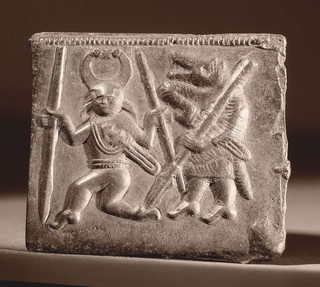 The one on the left is a detail from the Gunstrup cauldron (4th century), and the other is a depiction of a berzerker from the 7th century. Also, this quote from Diodorus Siculus:

On their heads they put bronze helmets which have large embossed figures standing out from them and give an appearance of great size to those who wear them; for in some cases horns are attached to the helmet so as to form a single piece, in other cases images of the fore-parts of birds or four-footed animals.

Not the answer you're looking for? Browse other questions tagged ancient-history everyday-life clothing vikings or ask your own question.

14
Is there evidence of extensive Viking presence in North America?

19
Did Vikings use of water bowls in this unhygenic way?
13
Roman era clothing (Egypt + Carthage)
25
Size of Viking armies and raiding parties in 9th-10th centuries?
18
Did the Vikings practice voluntary human sacrifice?
23
What did Vikings wear in cold wet conditions at sea?
3
What happened during a Viking Feast?
5
What were medieval, Viking-Era, Scandinavian laws regarding rape?
8
In Scandinavia, was there a cultural continuity from Goths to Vikings or were they two different groups of people?