Did the pope try to suppress the number zero?

Is there any evidence indicating that the Pope attempted to suppress the number zero?

In an editorial review, Rob Lightner claims that "Zero: The Biography of a Dangerous Idea", by Charles Seife, explains "Why did the Church reject the use of zero?". On the other hand, "God's Philosophers: How the Medieval World Laid the Foundations of Modern Science", by James Hannam, rebuts "the idea that the pope tried to suppress the number zero".

According to this article, Pope Sylvester II (Gerbert d'Aurillac, c943-1003), is credited with re-introducing the abacus into Europe without an explicit use of the number zero. This was because it had not been introduced in the European mathematical vocabulary (Fibonacci did this around 1202, and it took centuries for it to become established), rather than an explicit decree that it should be banned. 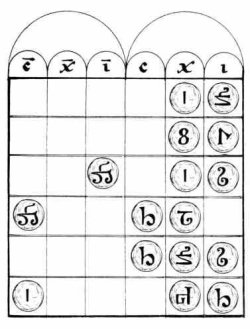 A detailed description of how Gerbert's abacus worked can be found here.

It's also interesting to note that Gottfried Leibniz had a somewhat mystical interpretation of the binary numbers, with one representing God and zero the void.

9
Inquiry into the nature and roots of the temporal power of the Roman Catholic Pope:
12
How did the Catholic Pope manage to become more powerful than Kings in old Europe?
3
Did the Soviets attempt to discredit the Pope because of his outspoken anti-communism?
8
What is the earliest known writing associating the number three with the dimension of the world?
4
Is Benedict XVI the first pope emeritus?
3
Do any sources confirm this quote from Pope Urban II's speech at the Council of Clermont?
7
What was Pope Innocent III's response to the Children's crusade led by Stephan of Cloyes?