Looking for a symbol for Southern USA communism [closed]

For a novel I'm writing I'm looking for a symbol, akin to hammer and sickle, that would represent a socialist republic created in Florida plus a but of Alabama and surrounding states. The hammer in the communist symbol represents industrial workers, while the sickle represents peasants so I don't know if at the beginning of the XX century they would mean much in that area. What do you think could be the right symbol? A gun and a scythe? Any help will be appreciated and obviously acknowledged in the novel when published.

Update: To make the question more general, how do in general revolutionary countries adapt symbols to their peculiarities, given that the hammer and sickle are a symbol of the Russian revolution and have as origin the two worker classes (factory and farm) that joined to take the revolution to vistory?

Update+1: I finally adapted the West Florida flag adding an Angolan machete in maroon (which accounts for the cimarrón origin of many of the natives). Check it out here Thanks a lot for the contributions, it will duly be acknowledged in the book.

Given the area you are choosing to encompass (I'm assuming Florida and perhaps the swamplands of neighboring states), I'd go with an Alligator. That's an animal that today is ubiquitous throughout the peninsula of Florida, and in the southern swampy parts of bordering states.

If you wanted to go with more traditional communist iconography, I'd consider trading the sickle for a curved machete (again due to the large amount of swampland involved). Most iconography I could find likes to either use some kind of theme of a raised fist, or stick to something easily recognized as the old hammer inscribed in a sickle image. I did find one symbol, pruporting to be from the People's Republic of America that added a gear to close the circle with the sickle.

I'm only aware of one Marxist-leaning group that ever held any real power in the southern USA. Socialists in Oklahoma were actually quite strong in the state's founding and early history, including having a major hand in drafting the state constitution, until the ill-advised attempt to take over the federal government in 1917. Their backbone was not the stereotypical urban proletariat, but rather poor farmers. What little symbology I've been able to dig up for their organizations appears to mostly be of the upraised fist variety. I'm guessing the hammer inscribed in a sickle image didn't become prevalent until the successful movement in Russia made it famous at the end of WWI. So for anything prior to WWI, I wouldn't expect to see a hammer and sickle variant used.

OK, now that the question is a bit more general I can attempt a brief answer - sorry for mainly citing Wikipedia, from where I am sure you can find better sources if you want to.

First, the Hammer and sickle were "conceived during the Russian Revolution". Hence, you might not want to use them if your point of departure is 1898. The article Symbols of communism has some other symbols.

The article Flag of the Soviet union has a gallery of other communist flags. The star seems by far to be the most common symbol (and is the symbol used on the most popolous nominally Socialist country today, China)

The Red flag appears to be the oldest, dating back to at least to the Revolutions of 1848.

Let me finish by some symbolism I found in the above articles: 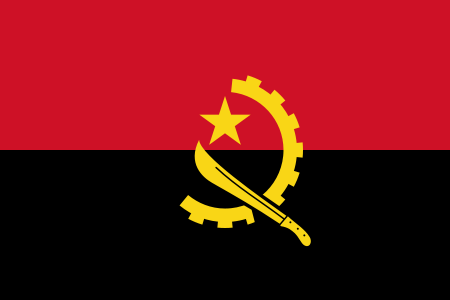 Angola: Cogwheel, machete and star (if you wanted to pick something "off the shelf" (which you probably wouldn't) this would perhaps be the one to use?) 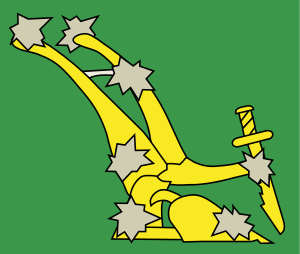 Irish citizens' army: Ursa minor and a plough (and a sword?) 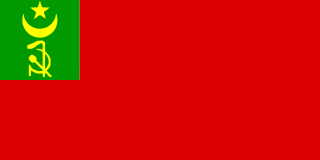 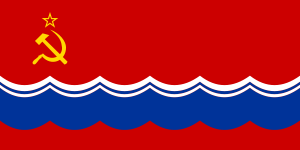 At the beginning of the 20th century, revolutionary imagery was dominated by a completely different symbol set. The Red and Black flags were popular, having origins early in the 19th century left.

The star, fist, sabot (wooden shoe) and after 1905 black cat also had a place.

But prior to 1919, revolutionary imagery was not dominated by Bolshevik symbols. The development of Hammer & Sickle imagery needs to be contextualised in terms of the massive problems the Bolsheviks had in the countryside, for example, exterminating the cream of the rural workers and left-rural peasants movements.

Would this be true of Florida in 1900? Unlikely. Look at IWW imagery, same period, revolutionary left politics, American in origin.

I'd think that any breakaway Southern republic--even a Communist one--would somehow acknowledge the Stars and Bars, perhaps with some suitable nod toward racial equality. The Confederate Flag not only has more emotional resonance in the South than any other icon, but Southern socialists might actually find some inspiration in the history of the Confederacy:

Although southerners rebelled against growing centralization of the federal government, they had no qualms about establishing a strong national state of their own. Scholars have classified the Confederate central government as a form of "war socialism." The Confederacy owned key industries, regulated prices and wages, and instituted the most far-reaching draft in North American history. The Confederacy employed some 70,000 civilians in a massive (if poorly coordinated) bureaucracy that included thousands of tax assessors, tax collectors, and conscription agents. The police power of the Confederate state was sometimes staggering. To ride a train, for example, every passenger needed a special government pass…Political scientist Richard Franklin Bensel writes that "a central state as well organized and powerful as the Confederacy did not emerge until the New Deal and subsequent mobilization for World War II. (source)

While we tend to associate the South with states rights and small government, this attitude toward the government is (was?) deeply rooted in shielding itself from Northern policies, not in an attitude toward the value of government per se. This is a major theme in the historiography of Southerners like Andrew Jackson and John Calhoun.

Southern approval of social spending carried through the first half of the 20th century (and arguably continues to this day). Never forget that the South was the basis of the New Deal coalition, with the Gulf Coast particularly strong for FDR (darker blue = more Democratic): 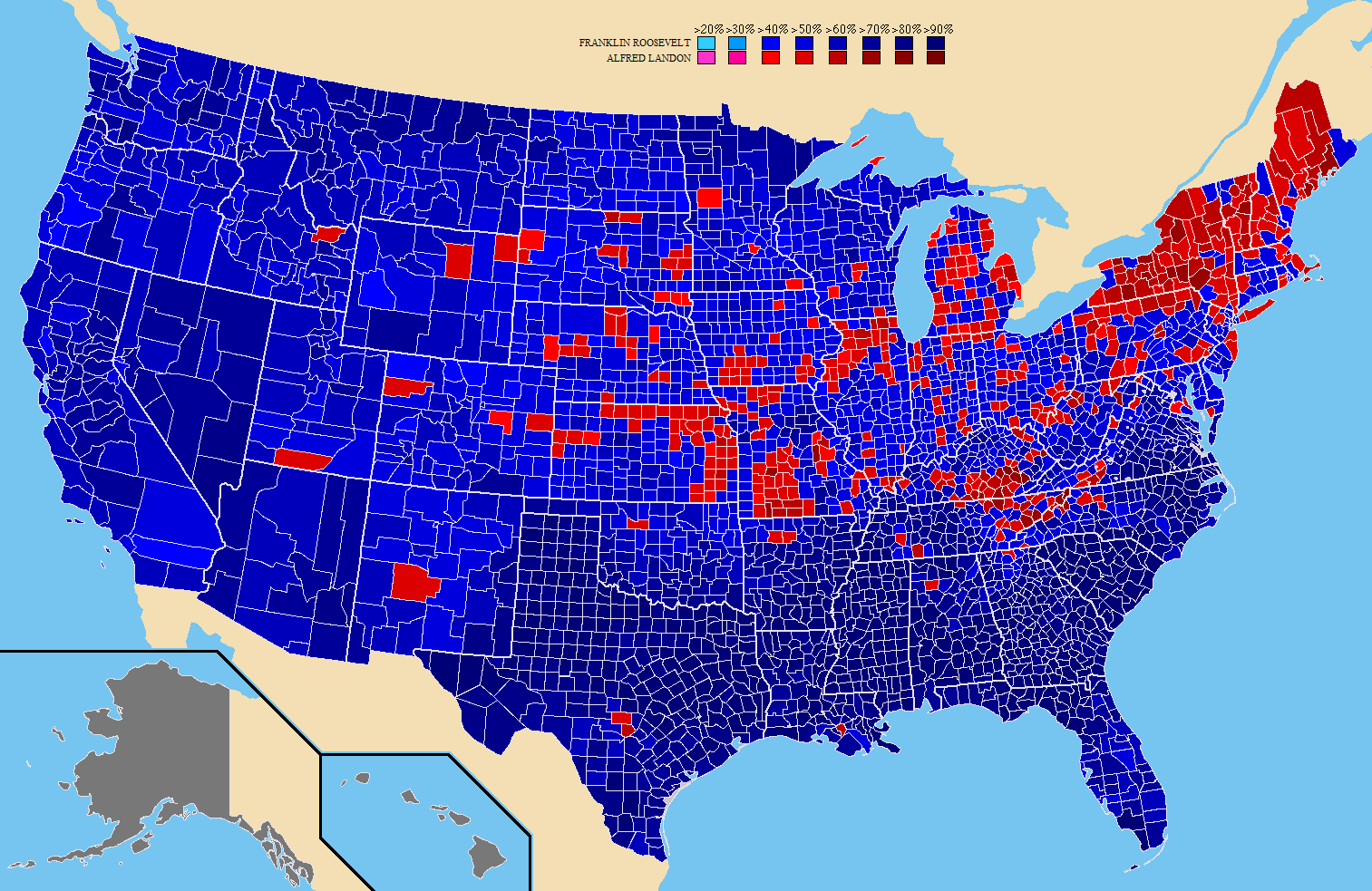 And FDR was the moderate candidate heading into 1936. Huey Long, Louisiana born and bred, was known for wanting to "share the wealth":

Some historians believe that pressure from Long and his organization contributed to Roosevelt's "turn to the left" in 1935. He enacted the Second New Deal, including the Social Security Act, the Works Progress Administration, the National Labor Relations Board, Aid to Dependent Children, the National Youth Administration, and the Wealth Tax Act of 1935. In private, Roosevelt candidly admitted to trying to "steal Long's thunder."

Or as Tyler Cowen puts it:

One implication is that the United States kept "small government" for an artificially long period of time, due to North-South splits and the resulting inability to agree on what a larger government should be doing.

Not the answer you're looking for? Browse other questions tagged communism north-america or ask your own question.

8
What unique personal experiences contributed to the formation of Mao's brand of Communism?
3
Correlation between capitalism/democracy and communism/dictatorship?
14
Why is red color associated with communism?
4
Why was communism at odds with pan-Arabism?
5
Looking for a (preferably digital) collection of McCarthy speeches (transcripts)