What is Adios Bruce Lee?

A co-worker of mine came in wearing a shirt with this image on it: 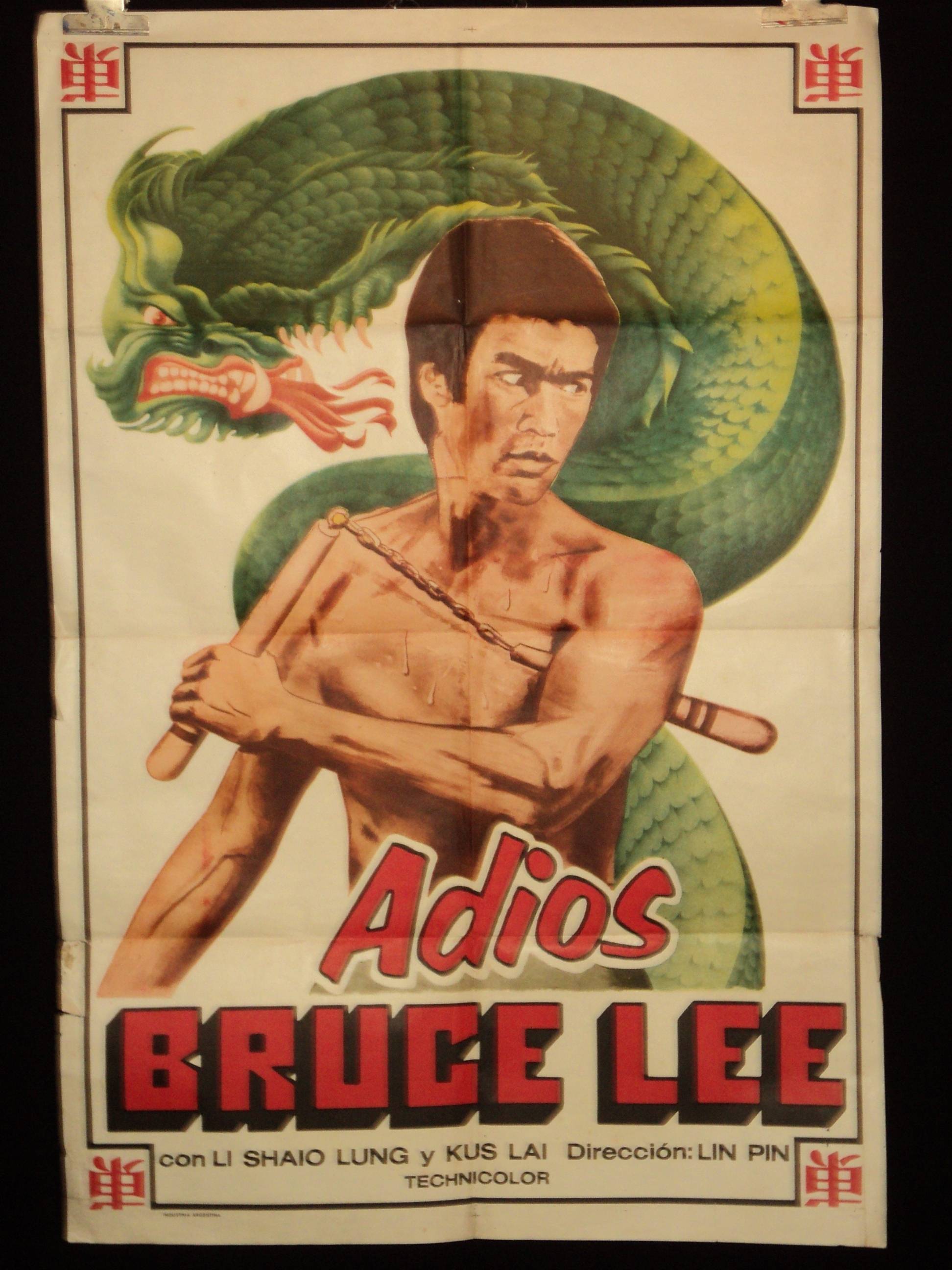 This looks like a movie poster, but I'd never heard of that particular Bruce Lee movie, so I tried looking it up. As near as I can tell, there is no such movie in his Filmography.

So what exactly is the story behind this poster?

Adios is Spanish for Farewell or Goodbye.

This is a cloned poster made in Argentina of the movie, from the Bruceploitation movement of the 1970's, Goodbye Bruce Lee: His Last Game of Death. This movie is actually a cloned version of the original movie Game of Death. It was released in 1975, two years after Bruce Lee's death. And starred Bruce Li (Don't confuse him with Bruce Le). Hence this movie doesn't features in filmography of Bruce Lee but features in Bruce Li's.

The director's name written in the poster is Lin Pin but according to IMDb, it's Pin Lin and according to clonesofbrucelee it's Lin Bing.

The story behind this poster, just guessing, may be the Bruceploitation movement of the 1970's.

Bruce Lee was a Martial Arts instructor who was also a successful actor that popularized Martial Arts in the United States through film. This popularity extended to Latin America as well. http://en.wikipedia.org/wiki/Bruce_Lee

"Adios Bruce Lee" is a tribute to him because of his untimely death, at the age of 32 from brain swelling brought about by an allergy or reaction to a particular medication. It was made by an Argentinian producer, and Adios means goodbye.

Not the answer you're looking for? Browse other questions tagged 20th-century popular-culture media or ask your own question.

11
What factors contributed to the popularity of Eastern cultures in the USA in late 20th century?
3
What is the origin/history of the practice of standing up if an elder or respectable is approaching?
12
What are the origins of the “News Reel Voice”?
12
Whatever happened to Elvis Presley's Federal badge?
23
What did Zhang Zuolin say after his train blew up?
7
What is the earliest known book / novel trilogy in literature?
8
When (and where) did public polling start taking place on topics other than elections?