Until several years ago the eastern end of the Great Wall of China was considered to end at Shanhaiguan where the wall goes into the sea, but the Chinese have revealed (in 2009) new portions of the Great Wall that goes right up to the North Korean border at Hushan mountain area which they say are built in the Ming era (I have heard this wall referred to as the Liaodong Wall but Lioadong Wall had been known to people so not sure if this newly discovered portion actually refers to the Liaodong Wall). However, some scholars, many of them Koreans, dispute this assertion and state that much of the wall that the Chinese claim are the newly discovered portions of the Great Wall are actually walls of Koguryeo and Bohai kingdoms. Of course China is trying to assert these two kingdoms as part of Chinese history in recents years but I will leave that controversy for another time. Here are my questions:

1) Are the newly discovered walls (referring to discovery announced in 2009 and not 2012) Ming era walls or are large portions of them Koguryeo or Bohai era walls?

2) Regarding the recently announced (in 2012) additions to the Great Wall that crisscrosses into Manchuria, who built these walls and in what era?

It has long been known that the eastern end of the Great Wall is not Shanhaiguan. Sections of wall exist all over China's North East as well as what is now Mongolia and Korea, well beyond Shanhaiguan. Your 2009 date seems spurious as the wall at Hushan near Dandong city was already a well known tourist attraction by that date.

We should also take care when ascribing the title "China" to the walls. They were built over such a long time period and by various people, some of whom pre date the founding of China itself. So rather lets talk about the Qin Wall, Han Wall or the Ming Wall and such.

The sections of wall discussed in the New York Times (2009) article are between Hushan in Liaoning and Gangsu province. They are not a single section but rather a collection of fragments of wall over a very long area that was already known to contain wall sections. This means that although the wall is now longer, it is not extended any further east or west. Hushan was before this date the eastern end and Gangsu has long been the western end.

When measuring the length of a fractal, you can get any answer you want depending on how accurately you measure the length. The more accurately you measure, the longer the result you will get. However, the object that you are measuring has not changed. It has not actually got any longer, only your method of measure changed. See How Long Is the Coast of Britain? Statistical Self-Similarity and Fractional Dimension by Mandelbrot.

There are sections of Ming Wall in Liaoning. The Ming loosely controlled much of North East China and even down into parts of Korea. They built walls and other fortifications in the region in order to stabilise their control. A tactic that ultimately failed with the Manchu/Qing conquering China.

The Koguryeo did not build a wall in the style of The Great Wall. They built a series of fortified cities that loosely draws a line on a map. I have visited four of these cities. The Koguryeo style of building is distinctly different from the Ming Chinese building style as you would expect given the many hundreds of year that separate the two. 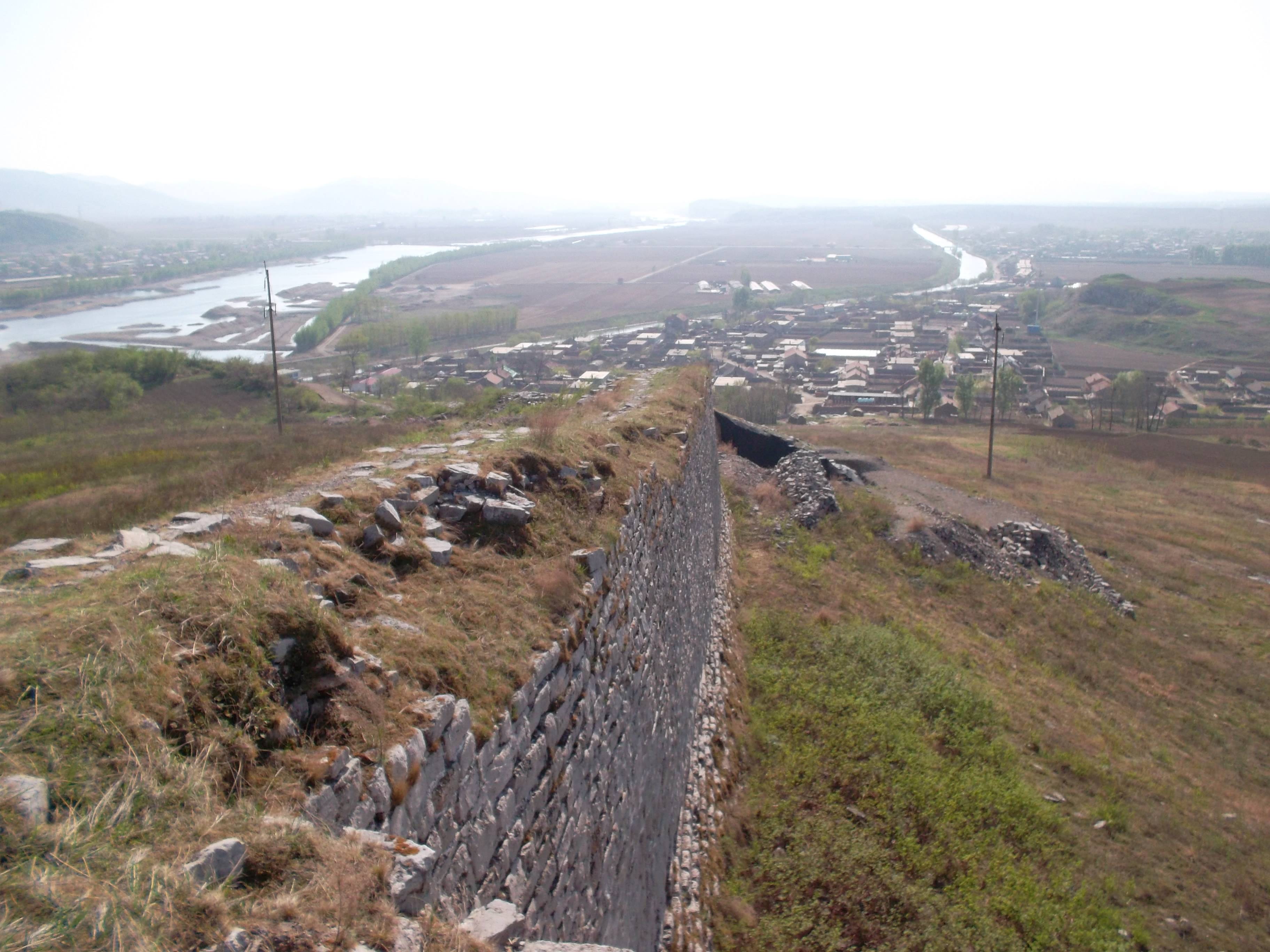 In Spring 2012, I visited the above Koguryeo city walls which belong to Baegam (Hangul :백암성, Hanja :白巖城) They are near Yanzhou village in Liaoyang prefecture, Liaoning, China. This city was the site of a major battle between the Koguryeo and Tang dynasty China. They city is of classic Koguryeo construction with walls forming a half moon shape set against a river and mountain crags for natural defence. The wall is made of stones of various sizes, the middle fill is with small rubble. 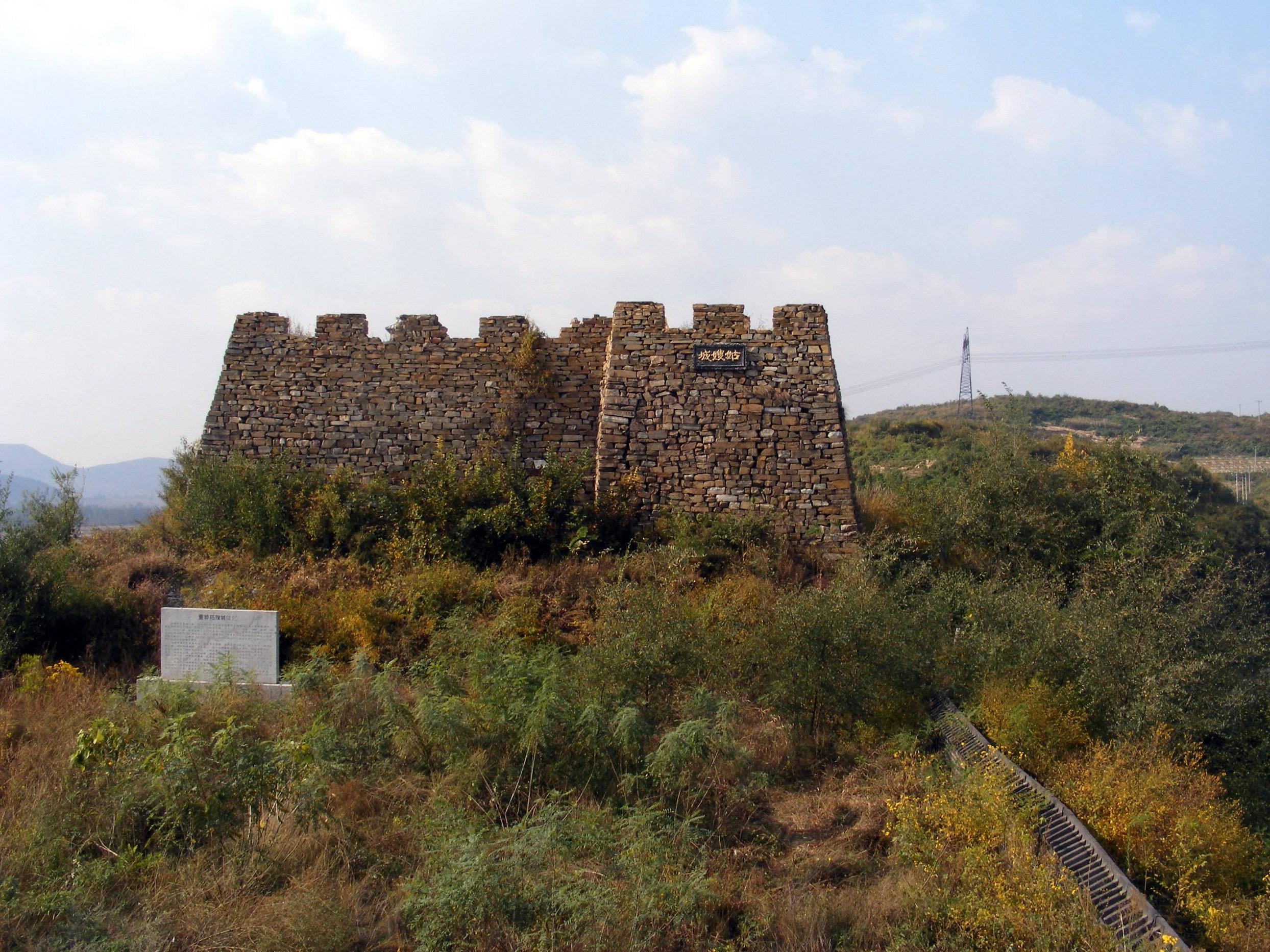 Gusaocheng, a Ming dynasty fortification in Liaoyang prefecture, Liaoning China and located just a few miles from the previous Koguryeo site. It has been restored somewhat in modern times.

Very little of the Warring States, Qin and Han dynasty walls remain. The lines drawn on maps are just approximations based on texts and accounts passed down over the decades. Some Koreans, for modern political reasons, try to debunk these texts however a great deal of care needs to be taken here. You cannot project a modern nation state into history. During the Qin and Han dynasties, there was no Korea. The Yalu river was not the national boundary. If these dynasties did build walls in Liaoning, it would be very odd if they observed a modern day bounder line for a country that didn't exist at that time. Since North Korea isn't free and open, it is not easy to do actual on site research to establish definitively any remains of walls within Korea today.

Not the answer you're looking for? Browse other questions tagged china korea or ask your own question.

8
To what extent was China unified?
13
Were there Samurai equivalents in Korea or China?
24
Has Taiwan always been a part of China?
30
Why didn't China assist in the Vietnam War like they did in Korea?
19
Why do some sections of Great Wall of China seem to be bidirectional?