What were the Allies' plans if they caught Hitler alive?

Hitler committed suicide in 1945, but I'm curious as to what would have happened to him if he hadn't. Did the Allies have any formal plans as to what they would do with Hitler if they caught him alive? Moreover, did the Allies agree on this plan, or would his ultimate fate have depended on which country caught him?

Some 22 surviving high-ranking Nazis were tried at Nuremburg after the end of the war, per agreement between the Allied powers.

The highest ranking of them, Hermann Goering was convicted of crimes against humanity and sentenced to death (although he committed suicide before his execution). The same would certainly have been true of Hitler had he lived to stand trial.

Actually, according to recently declassified records, it seems that Churchill was very much in favour of summarily executing Hitler should he be captured.

Whether this would have really become policy or remained just a bit of Churchillian bluster is impossible to tell.

This reminds of an American army "training" film I was shown in high school (!), which was an anti-axis propaganda piece. At the end of the film they showed three portraits, that of Hitler, Mussolini and Hirohito, while the narrator intoned, "If you see any of these men, doooooooon't hesitate!"

I think you can safely assume that if Hitler had been captured by the allies he would have been tried at Nuremburg and hung. A similar fate would have occurred if the Red Army had captured him.

The actual plan for Nuremberg was made by Army lawyer Murray C. Bernays at the direction of Henry Stimson, Secretary of Defense. After the Quebec Tri-Powers Conference in 1944, Roosevelt ordered Stimson to make a plan for the treatment of captured Nazi leaders and organizations. Stimson gave the job to Bernays who wrote a 6-page memo. 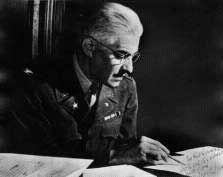 The memorandum was originally classified SECRET but has since been de-classified and is archived at the Truman libary. Page images of the memorandum are available online.

Not the answer you're looking for? Browse other questions tagged 20th-century world-war-two hitler or ask your own question.

15
Did Hitler have an end goal during the "appeasement" phase, or was he just picking a fight?
13
What was (if at all) Hitler's Plan B if Molotov-Ribbentrop had not worked out?
13
What were Britain's defensive plans for a Nazi invasion?
2
Did the Germans face the same "weather" difficulties for an "Operation Sea Lion" as the Allies faced at Normandy?
23
What was the planned line of succession for the Nazi Party in the event that Hitler died?
1
What happened to Hitler's personal possessions and real estate?
15
What do we know about Hitler/OKW's plans concerning USSR if Molotov/Ribbentropp Pact hadn't happened?