When was the restaurant "invented" in Europe?

First of all, let me clarify that I am not talking about inns which were located on the roads between major cities; I am talking about real restaurants inside the cities. I gave this some thought and I think that restaurants couldn't be more than a few hundred years old. This is because restaurants had to have come after the rise of the middle class. Before then, the poor wouldn't have enough money, and the rich probably had their own chefs.

I know that now it is different, but a few hundred years ago the primary reason why people would go to restaurants would have probably been if they just came from work and they had no food in the house (even if there was a middle class, they probably wouldn't go just to have fun, since they were still poorer (on average) than the middle class today). This would imply that they are single, since the wife would usually stay at home and cook. Since virtually all the people in the past were either married or lived with their family, I believe that the "invention" of restaurants was also synchronized with a rise in the amount of single people, which is fairly recent history. Am I right, and if not what is the correct timeline here? Thanks.

Of course, taverns existed in Ancient Rome and possibly in Ancient Greece as well. The very word "tavern" comes from Latin taberna.

And you of course mistaken about middle class: it always existed in European cities at least starting from prehistoric age.

Sure, places to eat out were known already in antiquity. But like the very word 'restaurant', the concept and specific meaning was unknown back then.

The word is French in origin as is the concept of an enclosed space, with multiple dishes to choose from, and the option of being seated at separate tables where somewhat classy food is available, and served at that table. Earlier 'inns' or 'pubs' featured larger seating arrangements, focused on drinks, served mostly only one food item, mainly soup and of quite often dubious quality; not necessarily poisonous but 'simple'.

This beginning can be dated to shortly before the French revolution. Either 1765, according to legend, or 1766, according to documented evidence.

The 'restaurant' is said to have been named after the owner of a soup kitchen in Paris called Boulanger. In 1765, against the resistance of the Guild of Chefs, he was said to have obtained permission to offer other small dishes in addition to soups, including mutton feet in sauce. In 1795 he also allegedly left the biblical verse in Latin above the door of his restaurant: "Venite ad me omnes qui laboratis, et onerati estis, et ego reficiam vos" / "Come here to me, all you who are troublesome and laden; I will refresh you" (Matth. 11,28). (French Wikipedia has the motto as "Venite ad me, omnes qui stomacho laboratis, et ego restaurabo vos". This motto made his locality famous, and his inn was (allegedly) addressed as a restaurant, from the Latin restaurabo – I want to refresh you. From then on he called himself "Restaurateur". This story has to be legendary, since social developments usually do not originate solely from one individual.

In fact, we have no sources at all to prove the existence of a restaurateur Boulanger, nor are there any court files on the alleged legal dispute. It seems to be an invented anecdote. But various contemporary sources before 1800 mention Mathurin Roze de Chantoiseau as the first restaurateur in Paris to open his restaurant in 1766.

The fact that Roze de Chantoiseau was in fact the first Parisian restaurateur is indirectly proven by Alexandre Balthazar Laurent Grimod de la Reynière, who in 1804 speaks of a certain "Champ d'oiseau" as the founder of the restaurants, which was obviously a hearing defect.

The first restaurant ever was called a “public dining room” and originated in France. Throughout history France has played a key role in the development of restaurants. The first restaurant ever that actually consisted of patrons sitting at a table and being served individual portions, which they selected from menus, was founded in 1782 by a man named Beauvilliers. It was called the Grand Taverne de Londres. However, this was not the beginning of the restaurant concept. The first restaurant proprietor is believed to have been one A. Boulanger, a soup vendor, who opened his business in Paris in 1765. He sold soups at his all-night tavern on the Rue Bailleul. He called these soups restorantes (restoratives), which is the origin of the word restaurant. Boulanger believed that soup was the cure to all sorts of illnesses. However, he was not content to let his culinary repertoire rest with only a soup kitchen. By law at the time, only hotels could serve “food” (soup did not fit into this category). In 1767, he challenged the traiteurs’ monopoly and created a soup that consisted of sheep’s feet in a white sauce. The traiteurs guild filed a lawsuit against Boulanger, and the case went before the French Parliament. Boulanger won the suit and soon opened his restaurant, Le Champ d’Oiseau.
In 1782, the Grand Tavern de Londres, a true restaurant, opened on the Rue de Richelieu; three years later, Aux Trois Fre`res Provenc ̧aux opened near the Palais-Royal. The French Revolution in 1794 literally caused heads to roll—so much so that the chefs to the former nobility suddenly had no work. Some stayed in France to open restaurants and some went to other parts of Europe; many crossed the Atlantic to America, especially to New Orleans.
–– John R. Walker: "The Restaurant. From Concept to Operation", Wiley: Hoboken, 62011.

The funny things about this is that after the revolution the restaurant in Paris is named after London and serving bottled wine, like it was fashionable in England, but advertising the atmosphere as 'dining like in Versailles'. Indeed the kitchen staff of the mostly fled or killed aristocracy largely went self-employed and spurred the development of higher end eating styles. This soon meant also deviating from service à la française to service à la russe as being typically French.

In 1675 there were few food shops or cafés and no restaurants on the streets of Paris. Taverns and inns served those wishing to eat and drink in public, while markets offered food that was prepared and cooked in the household. Many types of foods and food products were only accessible to the very wealthy. By contrast, in 1760 Paris had hundreds of food shops, offering an increasingly diverse clientele an expanding range of luxury food products, frequently manufactured in the city’s many specialist workshops.[…]
Spang characterizes one new space for consumption, the restaurant, as a site where privacy and individual choice were made possible, features that she presents as central attributes in the formation of the modern self. The café too permitted the exercise of individual choice over consumption, but differed from the restaurant in the theatricalized, public nature of its space.
–– EC Spary: "Eating the Enlightnment", University of Chicago Press: Chicago, London, 2012.

Throughout much of recorded history, eating away from home and in a public place has been experienced as a burden rather than a pleasure. The emergence of restaurant going as an enjoyable, leisure time activity and of restaurants as spaces clearly distinct from cafés, taverns, inns, or brothels is a comparatively recent development. In the West, restaurant culture is no more than 250 years old (and, in many localities, it is much younger). In southeastern China, restaurants were already part of urban culture in the thirteenth century; Marco Polo was astonished by the lavish eating establishments he found in Hangzhou, where regional cuisines such as Szechwan and Honan were readily available. Yet if some cultures have a centuries-long history of public, commercial, gastronomy, many others do not. In many parts of the world, businesses clearly identifiable as restaurants have developed only in the past fifty years. They are the products of post-1945 developments in travel and trade, such as the emergence of global tourism and the spread of multinational corporations.
–– Rebecca L. Spang: "Restaurant" in: Solomon H. Katz & William Woys Weaver (Eds): "Encyclopedia of Food and Culture", Charles Scribner's Sons: New York, 2003.

A nice illustration for earlier establishments and their arrangements might be found here: 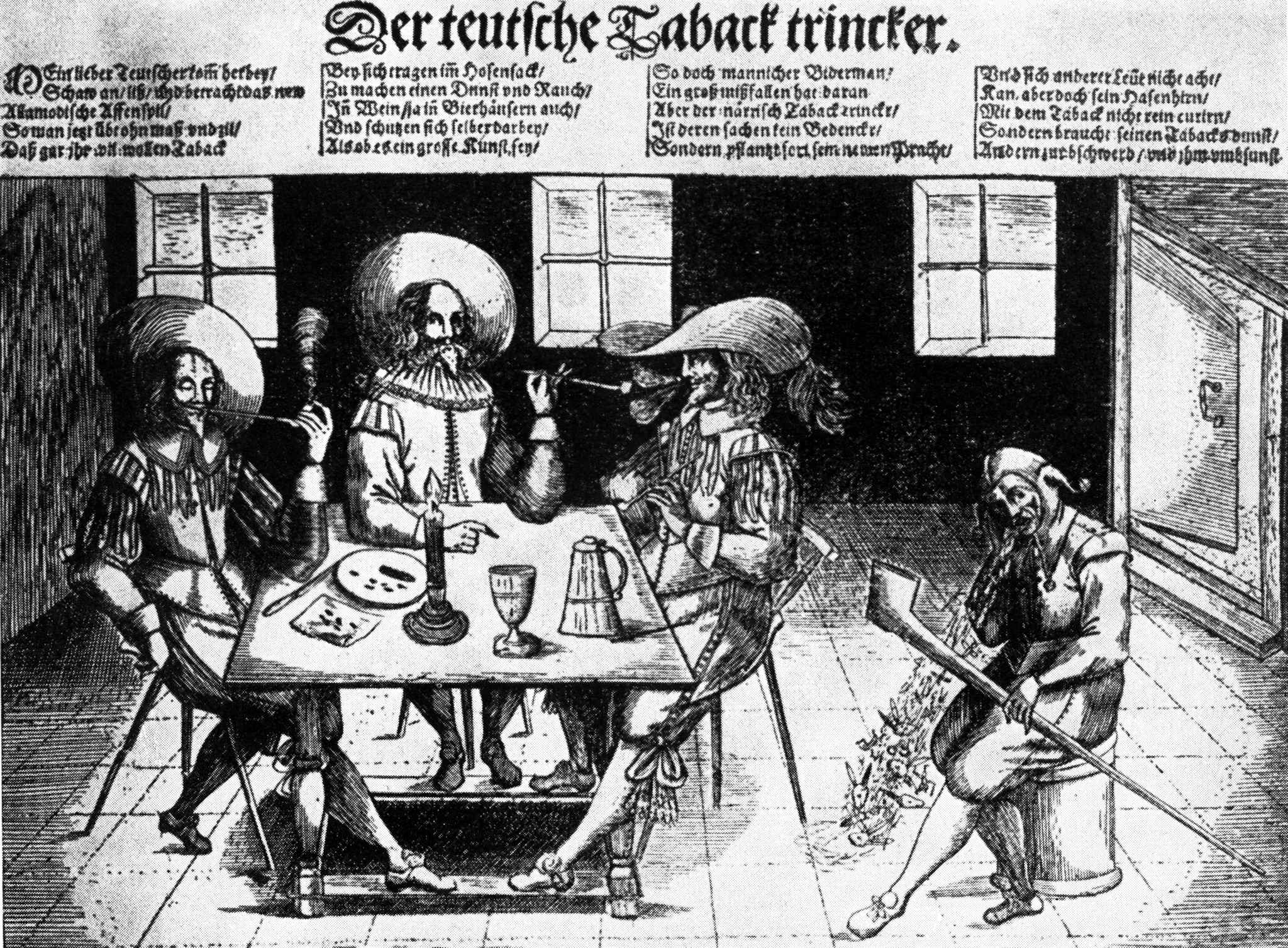 was a pioneering restaurateur who opened the first prominent grand restaurant in Paris. Moreover, he wrote L'Art du Cuisinier. [The] restaurant [was] called the La Grande Taverne de Londres under in the Palais-Royal, Paris, in 1786.6 The restaurant was intended for a wealthy and aristocratic clientele; it had tables made of mahogany, crystal chandeliers, and tablecloths of fine linen, an extensive wine cellar, and elegantly-dressed waiters. 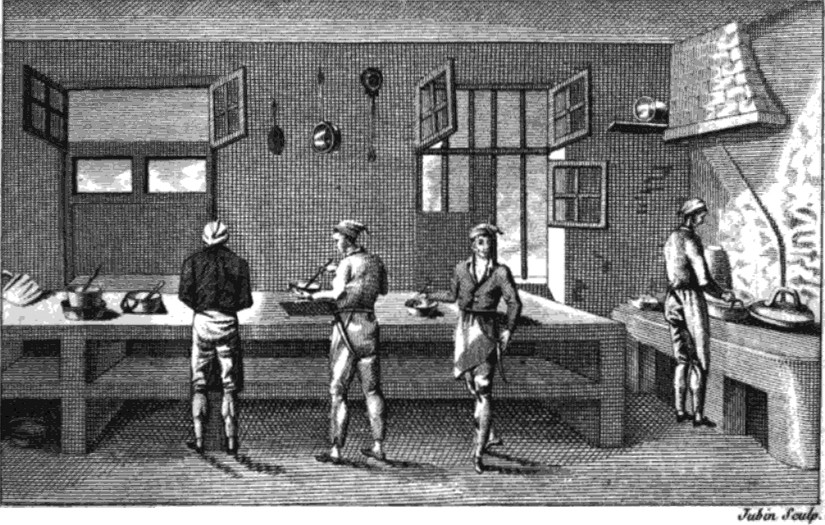 Culinary Curiosities: The origins of restaurants
History of Restaurants – Timeline created by carterem – In History

Not the answer you're looking for? Browse other questions tagged europe 19th-century food or ask your own question.

17
Early medieval urban development
58
Did the Romans eat breakfast?
5
What's the point of fortified castles inside fortified cities?
27
Which languages would be most useful in Europe at the end of the 19th century?
26
Was frequent bathing for personal hygiene in medieval Europe common or not?
10
How aware was Europe nobility of the danger of consanguinity?