Which type of cursive is historically correct? [closed]

I learned cursive in Romania, and I encountered some discrepancies between how I learned and the American way of writing. The first row of letters in the picture is the way I learned, and in the second row I wrote them in print in case they are unfamiliar. The American way can be found doing a quick google search. 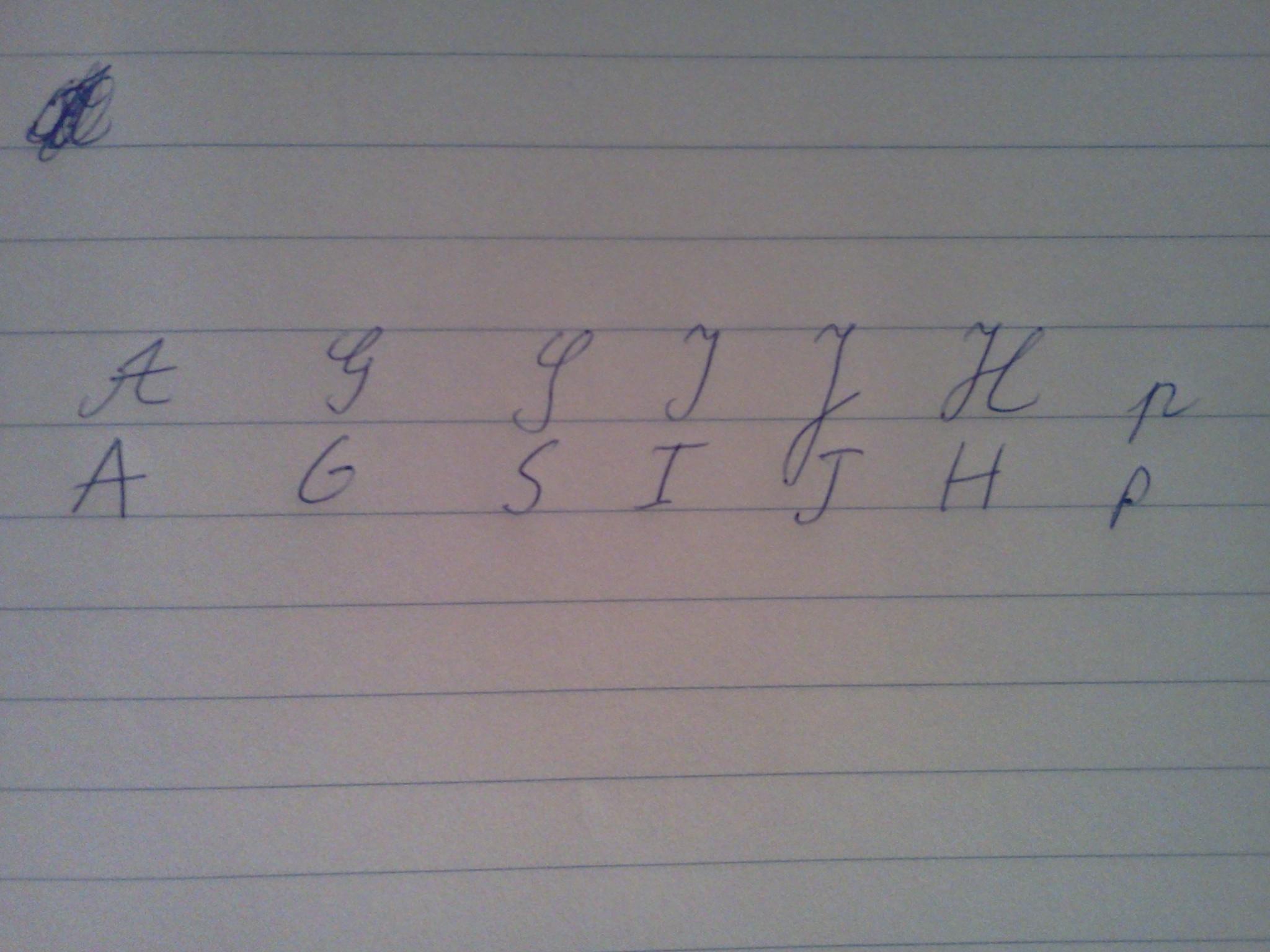 Which way is more historically accurate? Is there a difference in writing between Europe and America? I know I could just look at some old documents, but most that you find online are American, and I was hoping someone could also give me a more in-depth reason for these differences. Thanks.

The Romanian way is historically slightly older: it is like a style thst was common in the United States around the 1700s-1800s. The current USA style is an elaborated 1900s descendant of that earlier style ... But even that earlier style, itself, descends from an even simpler style that was used in the earliest published textbooks about handwriting, during the Renaissance era. That earlier style (typical of Europe's oldest published books on handwriting) is called "italic handwriting," so you may wish to search that term on Google or Bing.

Not the answer you're looking for? Browse other questions tagged europe north-america book or ask your own question.

6
How historically accurate is 'India: A History' by John Keay?
3
Historically, was the War of 1812 ever called by another name?
47
Which European Languages are not Indo-European?
19
What's the correct term for a waitress in the Middle Ages?
22
Was frequent bathing for personal hygiene in medieval Europe common or not?