Did Napoleon ever say «On s'engage et puis… on voit»?

Lenin in his "About our revolution" cites Napoleon as saying «On s'engage et puis… on voit». Loosely translated that is, "One jumps into the fray, then figures out what to do next", or "You commit yourself, then you see."

There are claims that it was Lenin who invented the quote and attributed it to Napoleon, and that Napoleon never said so.

So did Napoleon ever actually say that?

The attribution certainly predates Lenin. A Google Book search indicates that it was well-established by at least 1890:

"On s' engage et puis on voit," no longer applies. The relative smallness of armies and the smoke of battle allowed of the application of this principle, but now the general is more dependent on the reports of reconnaissances." [Journal of the United States Artillery, Vols 2-3, p119, 1893]

The earliest reference I could find (in a slightly altered form) is in Staff College Essays by Lieutenant Evelyn Baring published in 1870, though this is still 50 years after Napoleon's death.

"Napoleon's motto was, 'On s'engage partout, et puis l'on voit,' which must not be taken to mean that he began a battle without any definite plan at all, but rather that his system of fighting was so elastic that it could bend itself to suit the altered circumstances of any particular case."

'On s'engage partout, et puis l'on voit' appears in Literarisches Wochenblatt, Volume 3 - but not attrbuted to Napoleon, though he is twice mentioned in the short article. So we are now back to 1819, in Napoleon's lifetime. Perhaps this is a proverb rather than a quotation?

It seems very plausible to attach his quip to Lenin, as the Red October and its aftermath was practically exactly that: take action and see what comes out of it.

It seems very strange to attribute this 'motto' to Napoleon who is often portrayed as far more into planning and strategy and tactics. Well, for most of his career. The beginnings might be a little more like that. And equally coming back from Elba for 100 days also bears a certain resemblance for a fitting description. But then, quotes of spoken words from non-writing military are frequently embellished interpolations, or pure inventions anyway.

Lenin himself wrote exactly this:

Napoleon, I think, wrote: "On s'engage et puis ... on voit." rendered freely this means: "First engage in a serious battle and then see what happens." Well, we did first engage in a serious battle in October 1917, and then saw such details of development (from the standpoint of world history they were certainly details) as the Brest peace, the New Economic Policy, and so forth. And now there can be no doubt that in the main we have been victorious.

Who invented this saying is therefore clearly not Lenin, though very well he may have quoted this on occasion.

But another contender for invention is Yakov Petrovich Kulnev, Russian General famous from the Russo-Turkish-War onwards for extreme bravery: 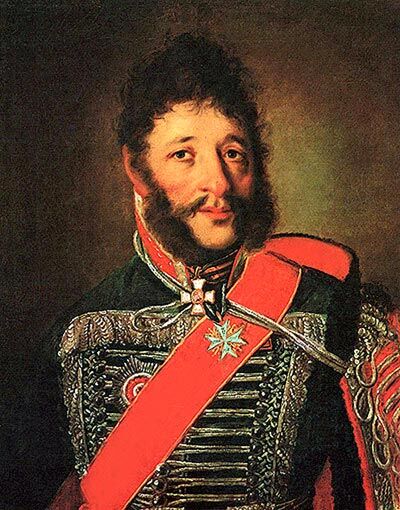 In numerous publications of the first half of the 19th century he is credited with formulating this saying.

From him comes the practical saying (First volume S 309

Apparently this characteristic was repeated during the battle of Battin at the Danube on September 7 during the Campaign of 1809/10.

According to French newspaper, Le Figaro, Napoléon never said that. You can follow this link to check it. A french Author, Julien Gracq, quoted it as Napoleon's tactics in "Un balcon en forêt" (source), and that might be all you can learn in French about that peculiar subject.

Bernard Cornwell claims it was Napoleon, that was Napoleon's style also, so it is believable. He would make quick and simple assertions like this, usually a way to start an argument he could win with an example from his campaigns.

Not the answer you're looking for? Browse other questions tagged quotes napoleon lenin or ask your own question.

11
Did Napoleon ever visit Modern Israel?
13
Are these remarks by Napoleon on Jesus genuine?
8
What advantage did Napoleon gain by attacking and antagonizing the Catholic Church?
9
Did Theodore Roosevelt ever say the "things that will destroy America" quote?
21
Did Napoleon plan to invade India?
4
What did Thomas Jefferson say about "what I say now is only valid now; I can change my thoughts?"
4
Why did Napoleon change his mind and continue the attack into Russia?
2
Did Lenin precisely say "Trust is good, control is better"?
16
Did Lord Acton ever say "freedom faces four major challenges"?