How much did Pan Am tickets to the moon cost?

I was searching online, and find a lot of references about the Pan Am moon tickets.

I'm curious how much they were going to cost though. I saw somewhere that said there was no down-payment... just reservations.

Was there ever an actual, established price on those tickets before Pan Am went out of business?

(+ Apparently TWA was also going to offer flights to the moon)

Well, according to all sources I can find they issued free travel vouchers - in the form of "First Moon Flights" Club cards - that could be redeemed for a trip to the moon when the service started. 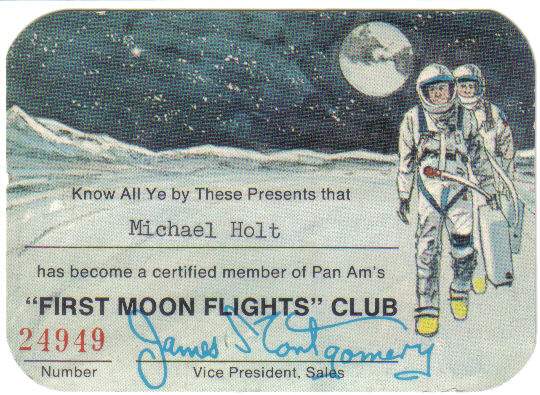 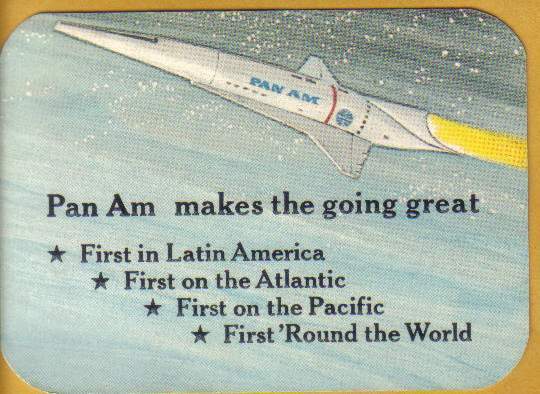 According to a Wired article on Virgin Galactic (as well as Wikipedia...) some 98,000 people placed reservations and one individual attempted to pay 1 Million USD to secure his seat.

The cards, says Pan Am, are not transferable and card holders must produce them before they can buy tickets to the moon. Although no deposits were required for the reservations, one would-be passenger was so anxious to secure his place in line that he sent along a check for $1 million. The check wasn't cashed, Arey says.

The waiting list for Pan Am's first moon flights was closed in 1971 as the company was suffering financial difficulties and decided to remove the administrative cost of the cards. (Quote from the same article as above)

Pan Am distributed numbered cards to anyone who asked. Though 100,000 cards were printed, the airline stopped taking reservations a few years later when they became an administrative burden at a time when the airline was experiencing severe financial difficulties. It does not plan to take new reservations until it inaugurates service to the moon.

So, in conclusion, no - it appears there never was a fixed price for the flights.

Not the answer you're looking for? Browse other questions tagged spaceflight or ask your own question.

37
What was the internal Soviet reaction to the moon landing?
14
How were the Venera Probe missions received/presented in the Western world during the space race?
1
What did the technologies of von Braun and other members of the Third Reich contribute to America's lead in the race to moon against Russia?
15
How widespread was the notion that space travel was impossible prior to the successful launch of Sputnik 1?
4
How did the Apollo-Soyuz test project affect the relationship between the USSR and USA during the cold war?
3
Were there commercials in the original broadcast of the moon landings, and how much did they go for?
16
Which state capital did the Apollo 11 command module NOT visit after it returned from the moon?