How did Allies secure southern flank during "Race to the Rhine"?

As I read about western front during the WW2 there is usually big topic about the "D-Day", then clearing Normandy (capturing Cherbourg), then liberating Paris and then authors quickly move to "Race to the Rhine" and "Market-Garden".

All the maps usually cover only this area: 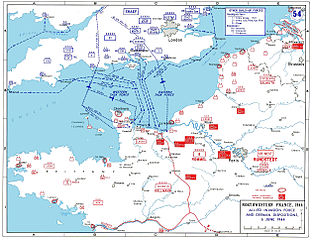 However, as we know, France was divided in two states: 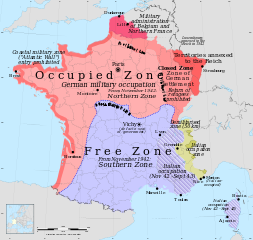 There surely were German forces in the southern part of occupied France; eg. there was a submarine base in La Rochelle.

The Wikipedia article about the city says:

A German stronghold, La Rochelle was the last French city to be liberated at the end of the war. The Allied siege of La Rochelle took place between 12 September 1944, and 7 May 1945; the stronghold, including the islands of Ré and Oléron, was held by 20,000 German troops under a German vice-admiral Ernst Schirlitz. Following negotiations by the French Navy frigate captain Meyer, and the general German capitulation on 7 May, French troops entered La Rochelle on 8 May.

So the surrender took place at the very end of the war, still having German forces behind.

The allied siege of the pocket of La Rochelle lasted from September 1944 to May 1945, without heavy bombardment. La Rochelle remained in German hands until the end of the war, much as other Atlantic harbours such as Brest, Saint-Nazaire, Lorient, Gironde-Nord, Gironde-Sud because the main thrust of the war was more concerned with focusing on Germany itself.

So some garrisons were separated from allied forces, but I'm not sure if Allies should not expect some mobile forces, from Vichy France too, as the other Allied assault, Operation Dragoon, which took place at the similar time as Overlord, was performed nearby Marseilles, so the central France, (cities like Toulouse, Clermont-Ferrand, Orleans), could have also been a good place to start a counter-offensive.

Did the Allies secure the central France or maybe they did not fear any danger? Why then?

To better answer this question you need to go back to the opening stages of the invasion.

Operation Overlord, the Allied invasion of Northern France took place beginning on June 6th 1944. However, it took several weeks for the Allied forces to break out from their initial positions and by the time this happened most of the German forces that had been in France were already deployed against the Allies.

Indeed, most of the German forces from the Channel coast including around Calais had already been deployed West to help in the defence.

Operation Cobra, launched on July 25th signified the start of the main breakout, this animation shows it quite nicely:

So, up until this date the Allies were not concerned about any German forces in central or southern France - indeed by this time most German forces had been redeployed against the Allied invasion force.

You also need to bear in mind that operation Anvil (or Dragoon if you prefer) started on 15th August 1944 and this tied down what mobile forces the Germans did have remaining in Southern France.

The Allies realised that any advance into Germany from France would be quicker and more effective if they advanced in a relatively narrow front rather than trying to clear the whole of France in one go and then advance on a broader front. OF course Paris was liberated as this was a strong signal that the German cause was doomed and a great boost for morale and the propaganda was useful.

A narrower advance along the coastal strip, through the Low Countries, largely bypassing the Maginot/Siegfried lines was easier to supply and would advance more quickly. Making the advance on a wider front through central France would lead the possible war of attrition along the lines of the First World War and the Allies wanted to avoid that.

With regards to the German strongholds you mention that held out until much later on, these were of little strategic significance and it was felt not worth the loss of life it would take to capture places like La Rochelle, so the allies simply surrounded them and waited.

The forces that were holed up in these fortress cities were not generally considered much of a threat offensively being more of an immobile defense force and by surrounding them they were nullified.

One of the great tactical lessons of WWII, first learned by German generals, is that even a strong army is relatively easy to defeat and relatively incapable of significant fighting if cut from its logistical support. Once they were so cut from logistical support by the redeployment of German forces following Overlord, and especially after the junction of Dragoon and Overlord in mid-September 1944, the remaining western German forces paused no real danger to the allied forces. I add this answer only to promote the following link

which is a great visual tool to understand the effectiveness of encircling enemy forces. In fact, the only position that survived encircling for a significant span of time was the German position in Stalingrad, and we all know why and how this ended.

As the other answer mentionned, the Dragoon operation was a good way to cover the southern flank.

But other factors counted for the Allied fast run to the Rhine:

To conclude, during the Race to the Rhine, the Allies had little threat to their South Flank. Arriving on the Rhine, they met forces from the South (Dragoon).

80
Why didn't France and the UK invade Germany in September 1939?
9
Why were "holding out" outposts a feature of the European war in 1944-5 but not 1940-1?
30
Was the Italian campaign a strategic mistake?
12
What is the current location of the "Cauldron of Trun and Chambios" from August 1944?
17
When was France fully liberated?
10
Was Italian production after August 1944 significant in the German war effort?
13
Why did the Allies lose the Battle of France (1940)?
7
How was the administration of the liberated part of The Netherlands organised between 12 September 1944 and 5 May 1945?
1
What language did Nazi German occupying forces speak in France?
6
How important was the Suez Canal to the Allies during WWII?