Are there any records of WWI trench tactics involving shield formations similar to the example below of the ancient Testudo formation? 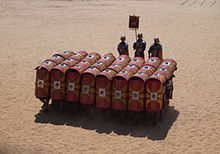 I imagine that it could have been successful if used to get within range to throw grenades.

Shields for soldiers were tried during the First World War. In order to stop high power rifle rounds, they had to be rather heavy weight steel plate. This made them difficult to move and carry.

One French design made a wheeled shield known as the Mobile Personnel Shield. This proved too heavy and cumbersome to use in combat. However, it may have played a role in inspiring the first tanks.

The Canadians also developed the MacAdam Shield Shovel which doubled both as a digging tool and as protection when firing. It was made of three-sixteenths of an inch thick steel. There was a hole in the blade for sighting when used as a shield and the handle was detachable. Some 25,000 were produced but soldiers found them to be poor for digging, being to heavy, and ineffective at stopping bullets.

An additional problem for shields was that protection was not only required to the front. Shells and shrapnel would come from all directions when out of the trench. Thus a shield would be of little use unless completely covering the whole body. If so done, it would be to heavy to move by one soldier. Mechanising the shield would lead directly to the tank.

Not all shields proved useless. During WWI, shields were mounted on machine guns to protect the operator, who is generally more exposed than other soldiers and less required to move at speed. Such shields continue to be used to this day. Look at USA troops in Iraq or Afghanistan who are manning machine gun positions or using the mobile machine guns on the back of a truck, and you will see they have a shield in front of them that can turn with the gun.

I strongly suspect that it is due to technical limitations: Rifle bullets travel at very, very high velocity, and thus even a steel shield would be unlikely to stop them. I recall hearing that the metal helmets they wore would not stop a direct hit, so I don't think a shield would either, at least not when limited by the amount a human can support. If you think about it, a tank or APC is really just a mechanical phalanx, providing armour on all sides. Also supporting this is an issue that the Canadian's had: A rather incompetent defence minister spent a ton of money on shovels with a hole in them, so you could peek up over the edge of a trench. The problem was bullets would go right through the shovel.

Even if you had a magic shield that stopped rifle and machine gun bullets you'd quickly lose formation as you walked over shell craters and whatnot: WWI battlefeilds were notorious for chopped up ground. Couple this with the fact that such a formation would quickly attract huge volumes of rife and machine gun fire, any hole in it would quickly be filled with bullets, and as soon as one person fell the whole formation would be chopped apart, as that would provide the machine guns with an opening. Mines could also be used to open up this type of hole.

Finally: Artillery and explosives: Even if you got around the first two issues, such a formation would have to move rather slowly, leaving it open to artillery fire. You'd also need a giant gap in barbed wire to move it through, so the enemy could just set up a large row of barbed wire, several layers deep, and aim their artillary at that. When you stop to cut through it, boom.

Not the answer you're looking for? Browse other questions tagged war world-war-one or ask your own question.

9
How did the US fall behind in airplane technology from 1909-1917?
6
Jerusalem 1187: How would Saladin's army have laid siege to the walls?
82
Why bother to attack in trench warfare?
20
WW1 tunneling - bypassing the front line?
23
The WWI Christmas truce of 1914 resulted in no consequences, in spite of clear warnings against such beforehand - why were there no courts-martial?
49
Has there ever been an instance of an active nuclear power plant within or near a war zone?
2
Did some chemical weapons from the military end up in private hands after WWI?
52
Was Switzerland really impossible to invade during WW2?
0
Which kingdoms were using WWI weapons at the time of the second world war?