Badami caves are a series of cave-temples built between 6th and 8th century. In the first cave, dedicated to hindu god Lord Shiva, there is an image of "Ardha-Naarishvara".

I was intrigued by the figure to the left of the deity - it shows a starved man with long ears. I could not help but think of starved Buddha image seen elsewhere. If it is indeed Buddha, it seems to me a gentle put-down of buddhism - buddha himself praying to hindu deity.

When I asked the local guide he told me that it is not Buddha but a male-chauvinist devotee of Shiva cursed by Shiva's consort Gauri, but I am not too convinced.

So my question: do we know what the temple builders intended by the starving figure? Opinion of experts of that era would be useful.

The figure is Bringhi, who refused to worship Parvati/Gauri and is an important part in the legend of Ardhanarishvara, and is often depicted with Shiva: 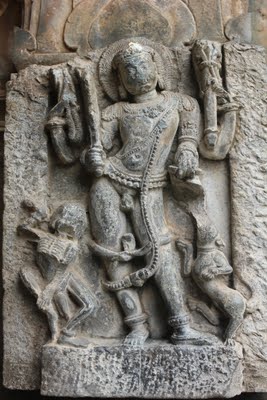 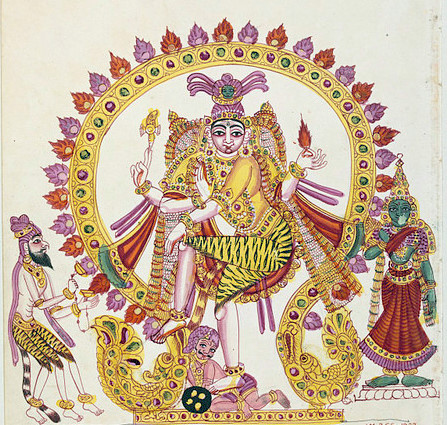 Not the answer you're looking for? Browse other questions tagged india hinduism buddhism or ask your own question.

12
Was Buddha well known by western Romans in Late Antiquity?