Before 1961, what did they think would happen to people in weightlessness?

Reading up on the beginnings of human spaceflight, I came across this line on Wikipedia:

[Vostok 1] was flown in an automatic mode as a precaution; medical science at that time did not know what would happen to a human in the weightlessness of space.

What did people think would happen to human beings in weightlessness? Ideally, I'm looking for medical opinions from before 1961, but any reference would be better than what I have right now.

NASA had known experimentally what near weightlessness felt like at least since 1959, when the famous "Vomit Comet" had enabled humans to experience the condition for up to 25 seconds at a time. This plane followed a nearly parabolic flight path to produce the sensation of weightlessness.

Hence there was no reason before the first human spaceflight to believe something terrible might happen to astronauts such as inner organs rupturing. 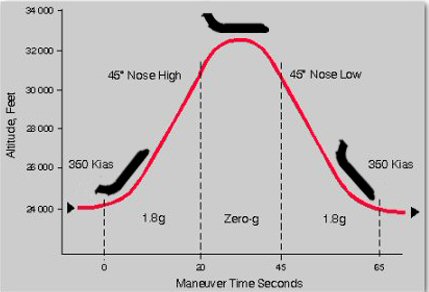 Before science, Speculation from Sci-Fi back to 1873 and Jules Verne "From the Earth to the Moon:Around the Moon"

Read it in full yourself from project Guttenberg here http://www.gutenberg.org/files/16457/16457-h/16457-h.htm the section in chapter VIII the neutral point starting: "From the moment they had left the Earth, their own weight..."

Then in 1948 - Dr. Hubertus Strughold "The father of Space medicine" having worked prewar and during, is the first researcher in field on the physical effects of weightlessness. He is editor of "German Aviation Medicine in World War II" the first published scientific work on Weightlessness in a chapter called “Man under Gravity Free Conditions” by Heinz Haber and O. Gauer [1,2]

There is a wealth of information on the science of space medicine....

They have a timeline of space medicine here: http://spacemedicineassociation.org/timeline/timeline.htm

Not the answer you're looking for? Browse other questions tagged medicine spaceflight or ask your own question.

11
When did people understand where children come from?
14
What did Yuri Gagarin do while waiting for his ride?
41
‘Avoid sleeping on your back’ & ‘breathe in toilet smells’ were seen as precautions against the Black Death. Why did doctors think these would work?
6
What did people die of in 1665 London?
5
Prior to 1790, before dentist chairs, did dentists put the patient's head between their knees?
3
Were there commercials in the original broadcast of the moon landings, and how much did they go for?
4
Did the Soviet military in fact fear that the Space Shuttle would be used as an orbital bomber? If so, why?
4
Did people during the Renaissance believe that the heart had two chambers?