Can anyone explain why a wreck of a battleship lies in the Nevada desert? 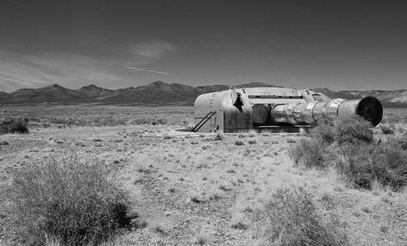 Can anyone explain the reason why a wreck of a battleship lies in the Nevada desert as it is represented in the picture above?

The reason for battleship parts lying in Nevada Desert is (from nps.gov) :

The picture above is of the gun turret converted into a sensor:

This gun turret was removed from a pre-1940s scrapped U.S. Navy Heavy Cruiser. It was developed by Lawrence Livermore Radiation Laboratory for line-of-sight diagnostics. Basically, the turret could be used on multiple atmospheric nuclear tests by rotating it and adjusting the elevation to aim at the tower cab. This eliminated the need of constructing new line-of-sight equipment for each test.

That's not a battleship wreck. It's a naval gun turret.

Looking at the internet it's referenced as a "clean steel sensor", and has something to do with the nuclear tests in Nevada.

Although it's claimed to be German and from WWI it doesn't look like German gun turrets, it is in fact of an American type. 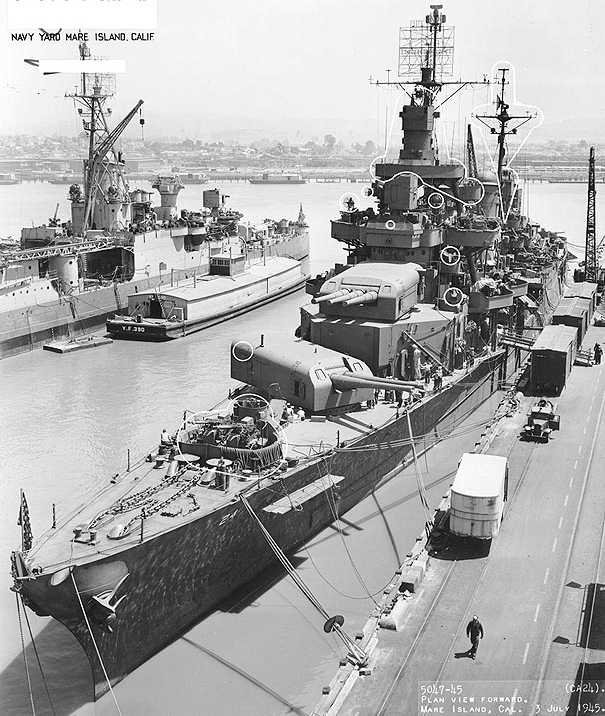 The turret design is indeed USN and was used on three classes of heavy cruiser (NOT battleship), Pensacola class, Northampton class, and 2 of the Portland class. Of these 10 ships:

The turret could only have come from these last 4. Further research would be required to determine which one (it took two hours using the web to find what I have posted here).

The reason for using a turret from this vintage ship was that all ships made after atomic testing are made with steel that has radioactive contamination (from the above ground tests performed between 1945 and 1963). All steel made thereafter suffers from this contamination and the scientists at the nevada test site wanted something that did not suffer from this issue.

UPDATE: It was taken off of the USS Louisville after she was damaged by two Kamikaze attacks in Jan 1945. See the technical report I developed at Lawrence Livermore National Lab: report number LLNL-TR-679776, "The Mystery of the Gun Turret in the Desert". Go to http://library.llnl.gov/uhtbin/cgisirsi/0/0/0/60/26/X and search for LLNL-TR-679776.

That turret appears to be from the pensacola class heavy cruisers in service until 1947. Interestingly enough, both ships of this class were used in operation Crossroads and then sunk as targets in 1948.

2
Did the turret shown in this picture belong to a German battleship?

6
Why was Woody Woodpecker a "natural" hit during WW2?
2
What were the most important causes of the 1692 Salem Witchcraft Trials?
1
Why does the Puerto Rican flag look so much like the one of the U.S.A.?
4
Was there any official affirmation from the US government that they would win the Vietnam War?
6
What were the flaws in the U.S. Strategic Bombing Survey?
11
Why have "classical" given names (seemingly) had greater persistence in American black culture?
17
Why was Reagan sworn in twice for his second term?