The Soviet Union or USSR (1922–1991) was a socialist state in Eurasia. After the 1924 death of founding leader Lenin (who led the October Revolution in 1917), Stalin established a planned economy and suppressed political opposition. After World War II, the Soviet Union emerged as one of the world's two superpowers, opposing the USA in the Cold War. 1980s leader Gorbachev attempted reform with perestroika and glasnost but the country collapsed in 1991.

The Soviet Union was a single-party state ruled by the Communist Party from its foundation until 1990. A federal union of 15 subnational Soviet republics, the Soviet state was structured under a highly-centralized national government and economy. After the revolutionary downfall of the Russian Empire in 1917 and Lenin's victory in the ensuing civil war five years later, the Soviet Union was formed with the merger of the Russian SFSR, the Transcaucasian SFSR, the Ukrainian SSR and the Byelorussian SSR.

Following the death of Lenin in 1924, Joseph Stalin took power, leading the USSR through a large-scale industrialisation programme. Stalin established a planned economy and suppressed political opposition to him and the Party. In June 1941, Nazi Germany and its allies invaded the Soviet Union, breaking the 1939 Molotov–Ribbentrop Pact. After four years of brutal warfare, the Soviet Union emerged victorious as one of the world's two superpowers, the other being the United States.

The Soviet Union and its Eastern European satellite states (the Warsaw Pact countries) engaged in the Cold War, a prolonged global ideological and political struggle against the United States and its Western Bloc allies (NATO), which it ultimately abandoned in the face of economic troubles and both domestic and foreign political unrest. In the late 1980s, the last Soviet leader Mikhail Gorbachev tried to reform the state with his policies of perestroika and glasnost, but the Soviet Union collapsed and was formally dissolved in December 1991 after an abortive coup d'état that August, with revolutions two years earlier having already toppled its European satellites.

Left: The Soviet Union after World War II.
Right: The maximum territorial extent of countries in the world under Soviet influence, after the Cuban Revolution of 1959 and before the official Sino–Soviet split of 1961.
Below: A map of ethnicities within the Soviet Union in 1974. 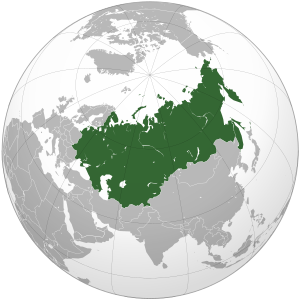 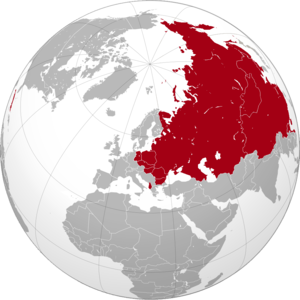 Did the Soviets excel in one area of weaponry during World War II?

How did the USSR manage to innovate in an environment characterized by government censorship and high bureaucracy?

Why did the Soviet Union name their strongest bomb Tsar Bomba?

Did Stalin kill all Soviet officers involved in the Winter War?

Given their reputation for fighting to the last man in the Pacific, why did 700,000 Japanese troops surrender in Manchuria?