The United States of America is a sovereign state stretching across North America between Canada and Mexico, Alaska in the continent's northwest, the mid-Pacific archipelago of Hawaii and several territories in the Pacific & Caribbean. Founded by European émigrés rebelling from British control in the 1700s, the US spread across the continent by conquest and land-purchase to become the most powerful country on the planet after the Cold War in the 1900s.

The United States of America is a federal constitutional republic stretching across North America between both oceans, between Canada and Mexico, plus Alaska in the continent's northwest, the mid-Pacific archipelago of Hawaii and several territories in the Pacific and Caribbean.

Indigenous peoples whose ancestors had migrated from Asia have inhabited what is now the mainland USA for many thousands of years. This Native American population was greatly reduced by disease and warfare after European contact. The United States was founded by thirteen British colonies of European émigrés located along the Atlantic seaboard who declared and fought for their independence at the end of the 18th century.

Through the 19th century, the United States displaced native tribes, acquired the Louisiana territory from France, Florida from Spain, part of the Oregon Country from the United Kingdom, Alta California and New Mexico from Mexico, and Alaska from Russia, and annexed the Republic of Texas and the Republic of Hawaii. Disputes between the agrarian South and industrial North over the expansion of the institution of slavery and states' rights provoked the American Civil War in the 1860s. The North's victory prevented a permanent split of the country and led to the end of legal slavery in the United States.

By the 1870s, the US national economy was the world's largest, while the Spanish–American War and World War I confirmed the country's status as a military power. It emerged from World War II as the first country with nuclear weapons and a permanent member of the United Nations Security Council. The end of the Cold War and the dissolution of the Soviet Union left the United States as the sole superpower. The country accounts for 39% of global military spending, and is a leading economic, political, and cultural force in the world. 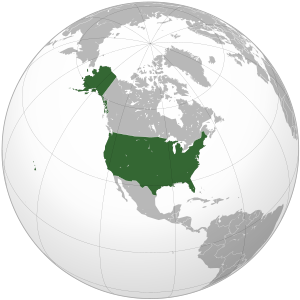 Above left: The US shown in the Western hemisphere. 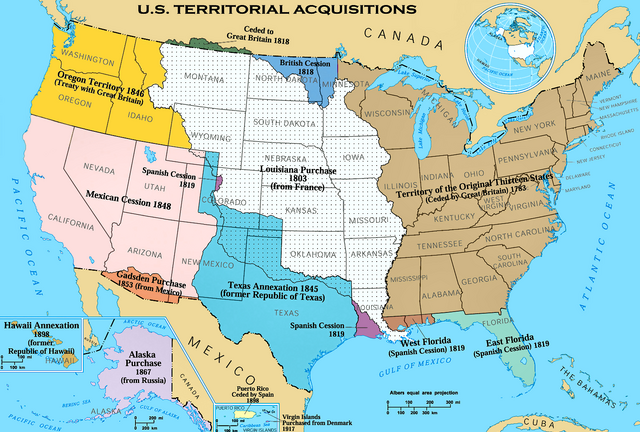 Could the "Taffy" Groups have been reinforced by air during the battle of Leyte Gulf?

Why did three states delay ratification of US fifth amendment?

Has the USA ever sanctioned Israel?

Has the USA ever sanctioned Israel?

In the US Constitution, did the Three-Fifths Compromise apply to Native Americans?