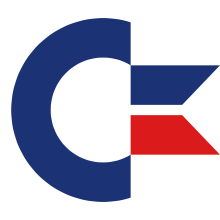 I am a “C Family” developer with more than 20 years, working in C/C++, C#, and Objective-C. I specialize in low-level coding, client/server applications, and even UI programs. I recently got into iOS programming and find it very fun and challenging, while opening up a completely new world of possibilities!

I am into high power rocketry, and digital video/audio. I reversed the Dolby Surround algorithm back in 1990/1991, and was constructing audio files on my Amiga that would address each of the surround speakers for demo's and such. I have appeared on many TV shows and news clips involving High Power Rocketry (http://www.tripoli.org).

I've been programming since about 1983, when I got my first Timex Sinclar 1000 w/ 2k of RAM and a 16k RAM expansion pack. I started writing my own game programs in 1985 and 1986, then moved on to writing serial based software in BBS programs and terminal software.
I worked at Mustang Software for 6 years doing support, QA, Configuration Management, and even programming on Wildcat, QModem Pro, OLX, and later IMC, ListCaster and FileCenter, before the company was purchased by Quintus Corp. and later Avya, who shut down our offices.

I was in four or five episodes of The BBS Documentary (http://www.bbsdocumentary.com), for my contributions to the BBS world, having worked and done so much at Mustang Software, including running my own 16 line BBS that still survives to this day via Telnet to telnet://bbs.mlinks.com

I have background in such subjects as:

I am always looking to learn something, and am never happy just using someone else' code to perform tasks that I could learn how to do myself.

Some of the apps I have written:

...Plus many others, with more being added every day...

All Questions Answers
Votes Newest
1 How could I estimate the total global environmental impact of WWII? [closed] Oct 31 '19