When did the round house fall out of vernacular use throughout Britain and Ireland?

When did roundhouses fall out of vernacular use?

The time frame we have is full of gaps:

What about lower classes in Ireland?

How much longer did they last in Wales?

What about Northern Britain and Scotland?

Roundhouses are a staple feature of Antique and Late Antique Britain and Ireland in the imaginations of most people, their association with the Brythonic and Goidelic speaking peoples of the isles can't be uncoupled. But the later medieval world is dominated by rectangular housing across Europe, I'm interested in the chronology of this change in Britain and Ireland. 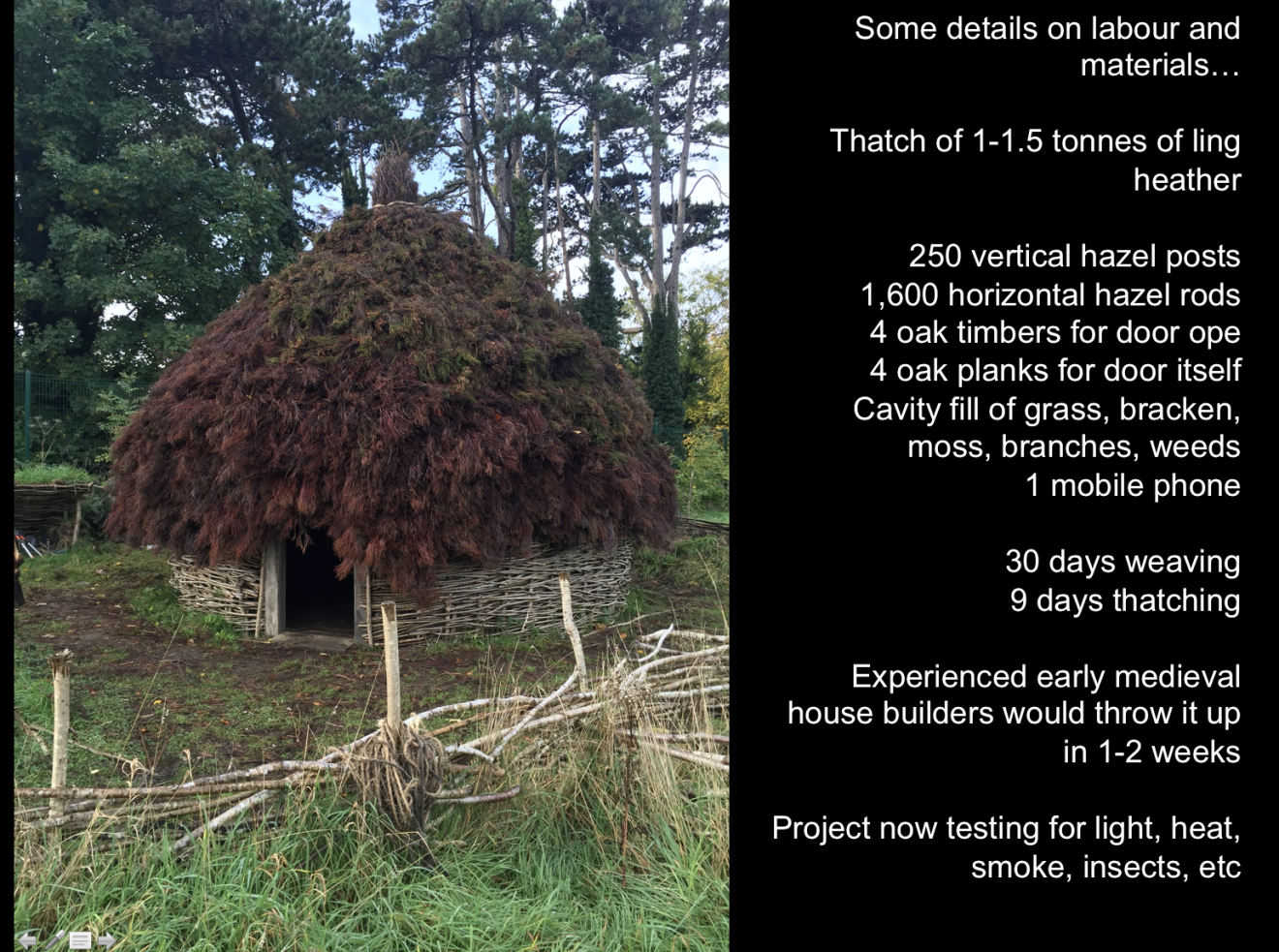 During my research, I found that this question is relatively understudied in Britain as compared to Ireland, in Ireland we see a broad consensus that rectangular houses began to replace circular in the periods of 900 - 1000:

We can confidently suggest that by the end of the 10th century the transition was complete 1,

Towards the end of the early medieval period (tenth to eleventh centuries), rectangular houses built in stone or turf were normal, and round houses became rare. 3

One is the well-known change of the predominant house design from circular to rectangular, which more-or-ess coincides with the period of transition from Old to Middle Irish around AD900. 3

These sources somewhat tentatively propose the cause of this change on Norse influence which coincides with the change:

The motivation for this change has been much discussed, but no consensus has yet emerged. One possible explanation is that while the rectangular houses identified so far are not much larger than their round predecessors, they may be a product of elite emulation and that elsewhere, particularly as kings began to interact with, and adopt aspects of, Scandinavian culture, royal halls were taking on a new form and function. 3

Of course, if this is the case, can the same time frame be applied to the non-elite of Ireland? Surely a taste for rectangular buildings must have taken some time to 'trickle-down', especially in remote regions and groups that may not have the resources to rebuild their dwellings?

The sources for Britain are even more oblique, they somewhat suggest that roundhouses survived as a vernacular building into, and in some case beyond the sub-Roman period in western Britain, but how far beyond is a mystery:

Round and rectangular houses have been found within British hill-forts reoccupied in sub-and post-Roman times ... 1

an un-referenced statement on Wikipedia:

Roundhouses were the standard form of housing built in Britain from the Bronze Age throughout the Iron Age, and in some areas well into the Sub Roman period. 4

The Wikipedia entry for Anglo-Saxon Architecture suggests they survived up to the 8th century in South-West Britain and perhaps later in Wales:

Characteristically circular buildings [5] as opposed to rectangular, often in stone as well as timber, along with sculptured Celtic crosses, holy wells and the reoccupation of Iron Age and Roman sites from hillforts such as Cadbury Castle, promontory hillforts such as Tintagel, and enclosed settlements called Rounds [6] characterise the western Sub-Roman Period up to the 8th century in southwest England[5] and continue much later in independent Wales at post-Roman cities such as Caerleon and Carmarthen.

But this has really been the limit I've come to in my research, very broadly roundhouses fell out of use in south-west Britain as late as the 8th century, and Wales perhaps later, rectangular houses became the norm for elite Irish 900 - 1000.

This, of course, leaves gaps, when did they fall out of use in Wales? How long did it take for rectangular buildings to become popular through all classes of medieval Ireland? What about Northern Britain? What about Scotland, where the population didn't experience the same continental influences/incursions in the same way or time?

1 [Early Christian Period Domestic Structures: A Change from Round to Rectangular Plans?]4, C.J.Lynn, 1978

The names and dates of these archaeological periods can be contested, but as a preliminary, we are concerned here with the:

Kerry L's suggestion of Harding's book The Iron Age Round-house: Later Prehistoric Building in Britain and Beyond (Oxford, 2009) was a sound one; the book does shed light on the question. Unfortunately, physical evidence is very limited. Harding makes these observations about the chronology of the round-house:

It would be easy to assume that the transition from pre-Roman to Roman Iron Age in southern Britain marked the change from predominantly circular building plans to rectangular ones.... [p. 146] ... circular structures in timber and stone in the native tradition, and involving a full range of sizes from relatively small huts to houses of more monumental proportions, continued to be built throughout the Roman occupation in those regions of Britain that were on the outer periphery of the Romanized province. In the so-called 'core' region and the 'inner periphery', the situation is not nearly so clear. [p. 169]

In the 3rd and 4th centuries the circular building tradition remained firmly integral to the estate pattern.... The persistence of the round-house tradition in some areas might be attributed to tacit conservatism, but the late resurgence of round-houses suggests a more deliberate revival of a symbol of native identity.... the evidence is surely sufficient to indicate that round-houses in Britain were not a last-gasp survival of an earlier tradition but a conscious revival of it. [p. 169-170]

We have already seen the earlier appearance in southern Britain of rectangular buildings, whether introduced initially before the Roman occupation or adopted more widely in consequence of it. By the 7th century AD parts of southern Scotland were coming into contact with another tradition of rectangular architecture, introduced by Anglian settlers. [p. 192]

In northern Britain round-houses of substantial size, whether in timber or more monumentally in stone, appear to have enjoyed a long currency from the mid 1st millennium BC to the early 1st millennium AD, whereas in southern Britain the large, timber round-house is essentially a feature of the Late Bronze Age and earlier pre-Roman Iron Age. [p. 275]

... Early Christian [Irish] round-houses differed in technical details from those of the earlier Iron Age. [p. 198]

Apart from the competing rectangular models associated with the Romans, circular forms were also followed by cellular, figure-eight (ventral), and composite (enclosed) forms.

Not the answer you're looking for? Browse other questions tagged britain architecture early-medieval ireland celts or ask your own question.

46
Where did the Gaels originate?
16
How common was banditry in 16th & 17th century Great Britain and Ireland?
19
Did the Romans ever deploy troops to, or try to conquer, Ireland?
5
When did the Saxons settle Britain?
11
When did Ireland become majority English-speaking
16
What numerals did the people of Ireland use before Roman Numerals? (aka, did Ogham include numbers?)
12
Why are Vikings singled out for raids in Britain and Ireland when records may indicate most raids were by local rulers?
96
Did medieval scholars believe the Earth was round?
10
How widespread was the consumption of rabbit meat by the poor in Medieval and Early-Modern Britain?