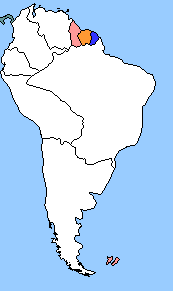 12
How did the elite maintain the status quo throughout the British Colonies of North America?
27
Why did native Americans and Europeans mix in South America but not in North America?
4
How were the modern countries in South America formed?
87
Why did North America economically prosper, and maintain stable government and South/Central America didn't?
1
Why did the Swedish colonies in America and Africa fail?
2
Why did the French return all the Dutch Colonies to the Netherlands in Paris Treaty?
23
Why did it take over 100 years for Britain to begin seriously colonising America?