What is the small country between USSR and Mongolia in 1935?

Please, help me to identify the small territory to the northwest of Mongolia that you can see in this map: 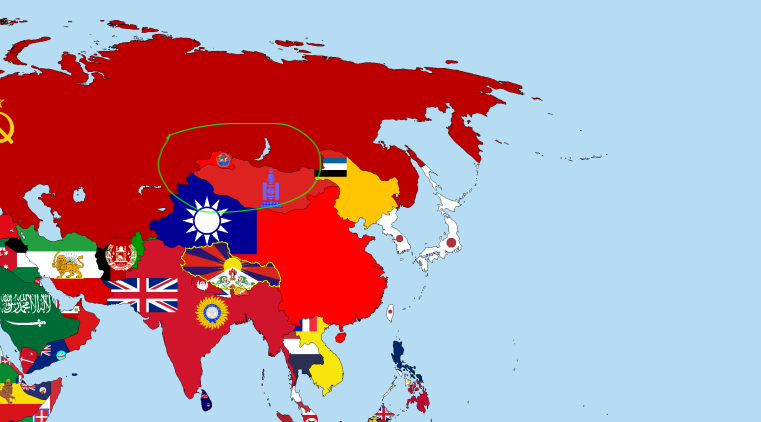 I've searched on Google and Wikipedia with no results.

(I know it's not so small a territory. It looks about the size of Austria)

It is Tannu Tuva. When Mongolia broke out from China in 1911, this little territory was separated from China (which was in a state of internal turmoil during the first years of the Republic of China) but was not claimed by Mongolia.

In practice, Tannu Tuva was a Soviet satellite country, only the Soviet Union and Mongolia recognized it.

As a side note, the protests by Chinese Nationalist Government (the Kuomintang) about Soviet encroachment in it are credited as the reason for Stalin switching his support to the Communist Party of China.

12
Why did the USSR annex Tannu Tuva?

14
Did Hungarian Army ever use crescent banners?
16
Flag with 13 white stars and a crescent on red background
12
What happened at the Battle (or not?) of Luding Bridge, during the Long March of Chinese Communists in 1935?
1
What was up with "Alicorn" in the 1920's and 30's
5
Did Man Ray photograph Nimet Eloui Bey in the all together?