Was Fascism tied to any Specific Ideology Before Nazism and Italy's Fascist Party?

The word Fascism drives from Fasces, a bundle of sticks used to represent strength thorough unity. This has been used throughout history in many governments, worker's cooperatives, and unions.

But today Fascist ideology is just Nazi ideology, they are synonyms. Before Fascism became just another word for Nazism, did it have any particular ideology? Or was it just the generic idea of unity thorough strength (explaining why everyone and their grandmother seemed to put Fasces on their flags, logos, and architecture)?

And how did Fascism become synonymous with Nazism? Did Nazi Germany use any more Fasces then worker unions or the American Government? 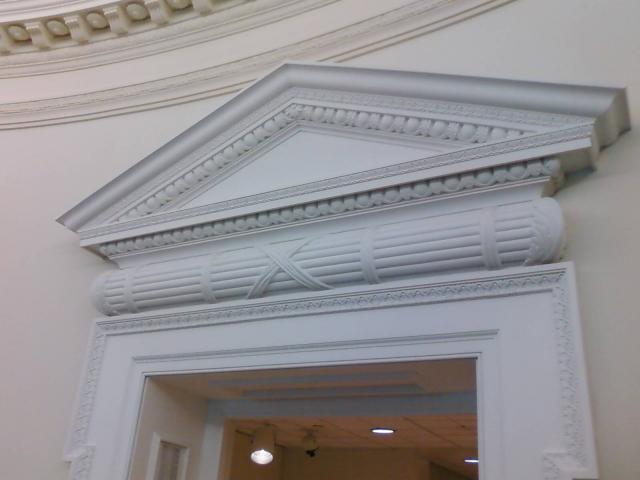 Whilst there's an implication of strength through unity, it's not exactly what the Roman symbol means., which is a symbol of the office. Whilst it's suggested by the symbol, to make the leap from Fascism to Fasces is overly simplistic.

Fascism draws it's ideological roots from the Fin de siècle zeitgeist of the late 19th Century. This period was distinguished by popular perceptions of civilisational decline, social degeneracy and decadence, and pessimism.

The major political theme of the era was that of revolt against materialism, rationalism, positivism, bourgeois society, and liberal democracy.[5] The fin-de-siècle generation supported emotionalism, irrationalism, subjectivism, and vitalism,[6] while the mindset of the age saw civilization as being in a crisis that required a massive and total solution.[5]

Different scholars have offered some definitions as described on Wikipedia

Robert Paxton says that fascism is "a form of political behavior marked by obsessive preoccupation with community decline, humiliation, or victimhood and by compensatory cults of unity, energy, and purity

The historian Zeev Sternhell has traced the ideological roots of fascism back to the 1880s, and in particular to the fin de siècle theme of that time.The fin-de-siècle mindset saw civilization as being in a crisis that required a massive and total solution.[68]

Overall we can see the same themes being repeated, the myth of a degenerate society, civilisational decline, and the need for national "rebirth", often through armed conflict.

In regards to it being synomousous with the Nazis, I think the term has become a perjorative, rather than holding any specific ideological meaning. It was always better applied to the Italian Fascists (who coined the term). Some quotes demonstrate:

George Orwell wrote in 1944 that "the word 'Fascism' is almost entirely meaningless ... almost any English person would accept 'bully' as a synonym for 'Fascist'".[59]

Professor Richard Griffiths of the University of Wales[64] wrote in 2005 that "fascism" is the "most misused, and over-used word, of our times"

The same can be applied to Nazism. Especially in the wake of the recent presidential election, it has become a popular term on the Left to describe any and all they deem to be a Trump supporter or a member of the political Other (for example: 4chan: The Skeleton Key to the Rise of Trump).

In present day usuage, "fascist" (or even Nazi) no longer really implies ideology. As Orwell, the former can be used to imply anyone with controlling or bullying tendencies, and the latter, can merely imply controlling tendencies see: The Soup Nazi

Not the answer you're looking for? Browse other questions tagged fascism or ask your own question.

14
Did the Socialist and the Fascist party share the electoral programme in Italy?