US Citizenship Prior to the 14th Amendment

Due to some political statements made on October 30th (today), I would like to know how someone became a citizen of the United States prior to the 14th Amendment to the US Constitution.

There is a related question for how the first American citizens were granted citizenship, which I believe is a different question. First the question dealt with the ratification of the original constitution and those already here. Second, the accepted answer provides evidence to the Articles of Confederation which is a different document to the US Constitution.

Under Federal Statute, a person being naturalized had to meet certain requirements, such as renouncing allegiance to any foreign prince or power, and having shown them self to be of good character for a certain number of years. This number of years has varied from time-to-time; in the 1820s it was 10 years; at earlier dates it was 5 years,etc. The person to be naturalized would then appear before a federal court judge to make their petition, and swear allegiance to the United States of America.

Following are the court records for one such naturalization, of Johann Peter Köhli, of Switzerland, and his son, Christian. They had entered the United States at Philadelphia in 1818, and were naturalized at Detroit in 1828.

Following are portions of two pages from the Michigan Supreme Court, v.6, p.141 and p. 142, the printed record, followed by the manuscript petition as originally approved.

The persons here naturalized are my g.g.g. grandfather, and his son, my g.g. grandfather. The process varies only slightly throughout the early years of the United States. 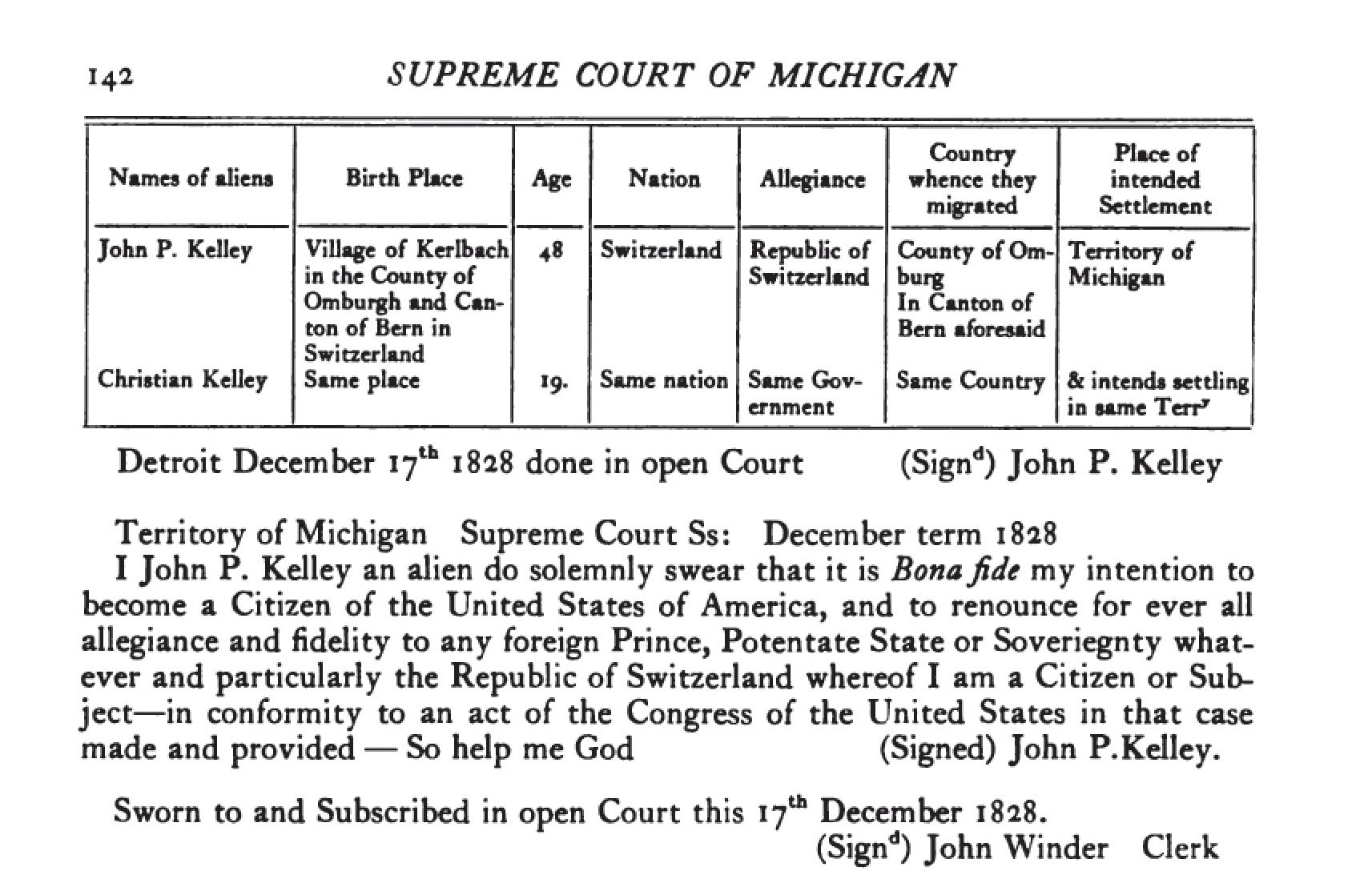 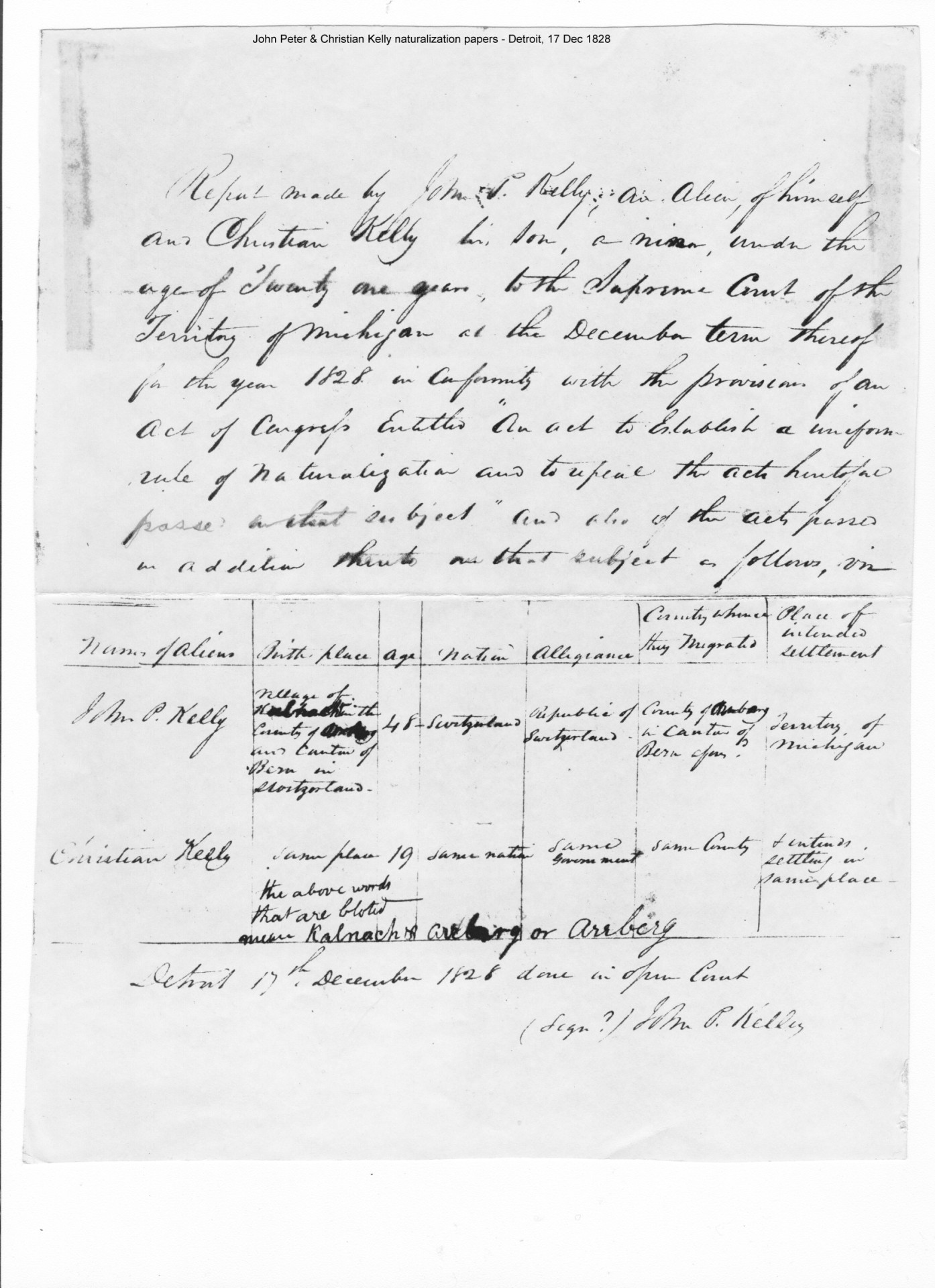 Not the answer you're looking for? Browse other questions tagged united-states us-constitution citizenship or ask your own question.

11
How were the first American citizens granted citizenship?

6
Natural born citizen
2
The Constitution of the United States: Background material for the original, esp. the Bill of Rights?
17
Did the U.S Constitution revoke or merely amend the the Articles of Confederation?
23
Was the concept of religious freedom in the early United States applied to native American faiths?
12
How were new states admitted to the Union?
9
Are there records of federal courts under the Articles of Confederation?
8
The US founding fathers and Canada
5
How did the election of one-third of Senators every two years stay in sync with addition of new states?
3
Why was the "first Monday in December" originally chosen as the default meeting date for Congress?