What is the oldest recorded cat name?

Since the definition of cat falls under the name Felidae I will specify my question to the domesticated cat (Felis catus).

These days almost all domesticated cats have a name given to them by their owner/fellow being. Since my last question was about the oldest dog name and got a very well referenced and written answer, I wondered what might the oldest known cat name be? I am specifically looking for domesticated cat pet names. Theophoric names would also be acceptable though.

Cats were first domesticated in the Near East around 7500 BC. It was long thought that cat domestication was initiated in Ancient Egypt, as since around 3100 BC veneration was given to cats in ancient Egypt

Cat worship is made most famous by ancient Egypt, for instance pictured below is the Sarcophagus of Prince Thutmose's cat, exhibited in the Museum of Fine Arts of Valenciennes, France 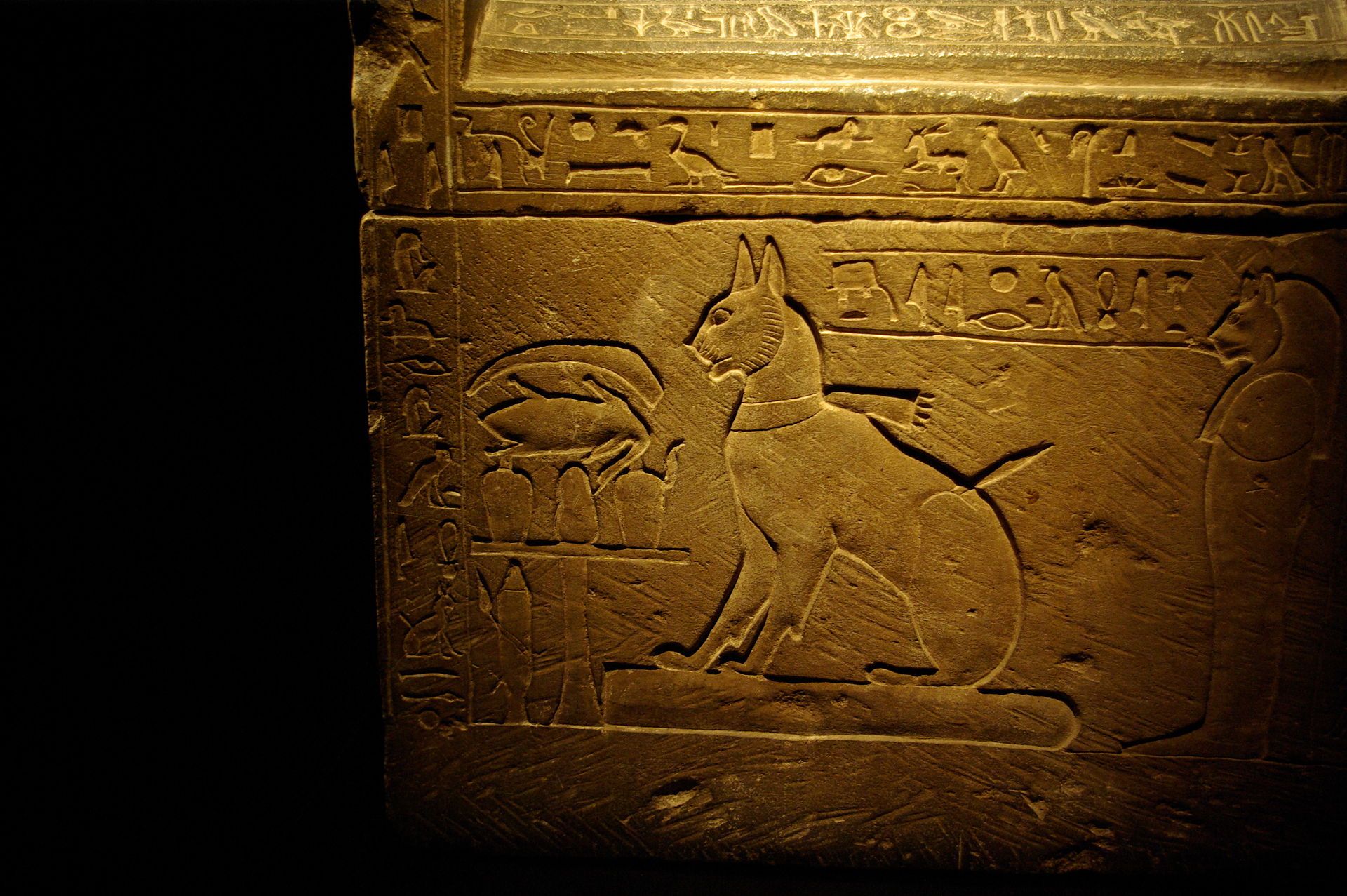 The first known cat with a name was called Nedjem meaning 'sweet' or 'pleasant' and dates from the reign of Thutmose III (1479-1425 BC).

This is also mentioned in the book The Cat in Ancient Egypt, which adds that Nedjem was found in the tomb of a nobleman named Puimre and that unlike dogs, naming cats in ancient Egypt was uncommon.

87
What is the first recorded dog name?

4
Is there an historical name, or an example "character" from history, that encompases a sycophant?
4
Is the name of "Diocletian" just a coincidence?
4
What was Captain Vozdvit's real name?
5
What type of name did the common Mayans use?
2
What is known about the origins of the "western given-name-first-surname-last system"?
8
How popular was the name Imhotep?
2
What is the longest name chain?
87
What is the first recorded dog name?
8
What was the real name of Bishop Contumeliosus of Riez?
20
What is the earliest recorded female name in history?