Which countries (or comparable geographical units) have a lower population now than they used to at some point in history before 1950?

It is generally seen as a given that the human population worldwide has increased everywhere since the end of the second World War.

There are very good reasons for this, so you can imagine my surprise finding out that the island of Ireland had a population of 8,175,124 in 1841. This of course was before the Great Irish Famine, that roughly halved the population through death and emigration. The population would never recover, having reached 6.66 million in 2016. (To be clear, the data both times includes what today is "Northern Ireland").

Are there any other examples of large pieces of land whose population was higher at any point in history before 1950 than it is now? If you know of more than one example, please include them all.

Why the criteria: Since the question arose in the comments: (Rule 1) to avoid depopulated cities or similar as answers, which there are plenty in history. (Rule 2) to have a certain significance of the depopulation. (Rule 3) to not draw arbitrary boundaries as to answer the question. (Rule "4", the cutoff at 1950) because quite a few countries experienced a population loss in recent years (e.g. Russia, Japan, Croatia, Poland, Syria). This is a trend that will only get more common in the developed world in the years to come and therefore is not particularly noteworthy. Conversely, not having a larger population now than at the end of WW2 is very unusual, as the world population has tripled since then, mainly due to a post-war baby boom and a significantly longer life expectancy in close to all regions. Also, sustaining a given population in an area has become easier through advances in agricultural techniques and global supply.

Roll-up wiki digest of answers. All answers listed are taken from (non-wiki) answers below. If you want to read details on any one answer, look for it in its own detailed answer.

Please add any new qualifying areas from positively-voted answers to this list. 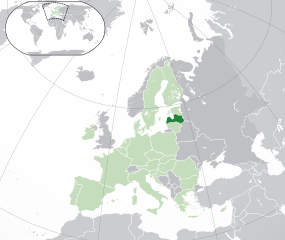 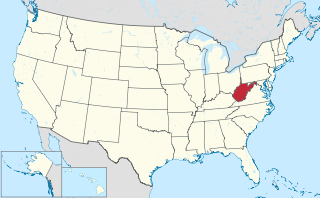 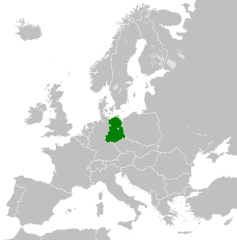 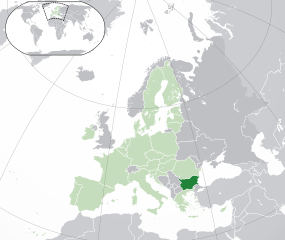 The population of Latvia today is estimated at 1.9m, slightly below the 1.95m census population of 1935 and substantially below an estimated pre-WWI population of around 2.5m in 1914. It peaked at a high of around 2.7m in 1989 and has been falling steadily since (WP, citing the Latvian statistical bureau). The 1914 figure is before independence from the Russian Empire and may reflect a slightly different set of borders. The 1935 figure is calculated on contemporary borders, though there was a small realignment in 1944 which ceded a town and its hinterland to Russia, where it remains under the modern boundaries. The boundaries thus aren't exactly comparable to today.

Many Baltic and Eastern European states show a similar pattern, but none quite match your 1950 cut-off. Estonia and Lithuania have had a similar but less pronounced population decline since peaks around 1990, and the last time they had their current populations was probably circa 1965-70. Hungary's population now is comparable to its population in the mid-1950s. In the Balkans, Bosnia & Herzegovina and Serbia have populations now comparable to their populations in the late 1960s. All of these are still falling gradually.

The Czech republic today seems to have a (very very slightly) smaller population today than Bohemia and Moravia had in 1930.

Abkhazia had a population of 380 000 in 1950, peaked above 500 000 in the 1980s and is below 250 000 now. South Ossetia's population is also considerably less now then it was in 1939. However, in neither case I am really sure whether the population numbers are for the same area. One might suspect current lines of military control are not wholly equal to Soviet-era administrative boundaries. And both regions do not really fit your size criteria.

One might suspect the pattern of population decline is quite similar in Karabakh if we include the surrounding areas that were occupied by Armenia until recently. However, in this area I am reasonably certain that lines of military control did not follow administrative boundaries from previous censuses.

I initially had suspected that those parts of Germany that became part of Poland or Russia after WWII* had also not fully caught up with their pre-war population numbers, but looking at the population numbers from this fairly official German site and current population numbers of roughly similar Polish administrative units today that does not really seem to be the case. Or at least it is not obvious. And the major cities (e.g. Szczecin, Wrocław, Gdańsk, Kaliningrad) are not smaller now than they were before the war.

*i.e. East Prussia, almost all of Silesia, most of Pomerania, and Eastern Brandenburg

The US state of West Virginia (about 62,000 square kilometers), reached its recorded population peak of a hair over 2 million people at the 1950 census. It declined immediately thereafter, and has spent the time since bumping around 1.8 million mark. Their 2020 Census result showed a 3.48% decline from 2010, back down to a hair over their 1990 level. 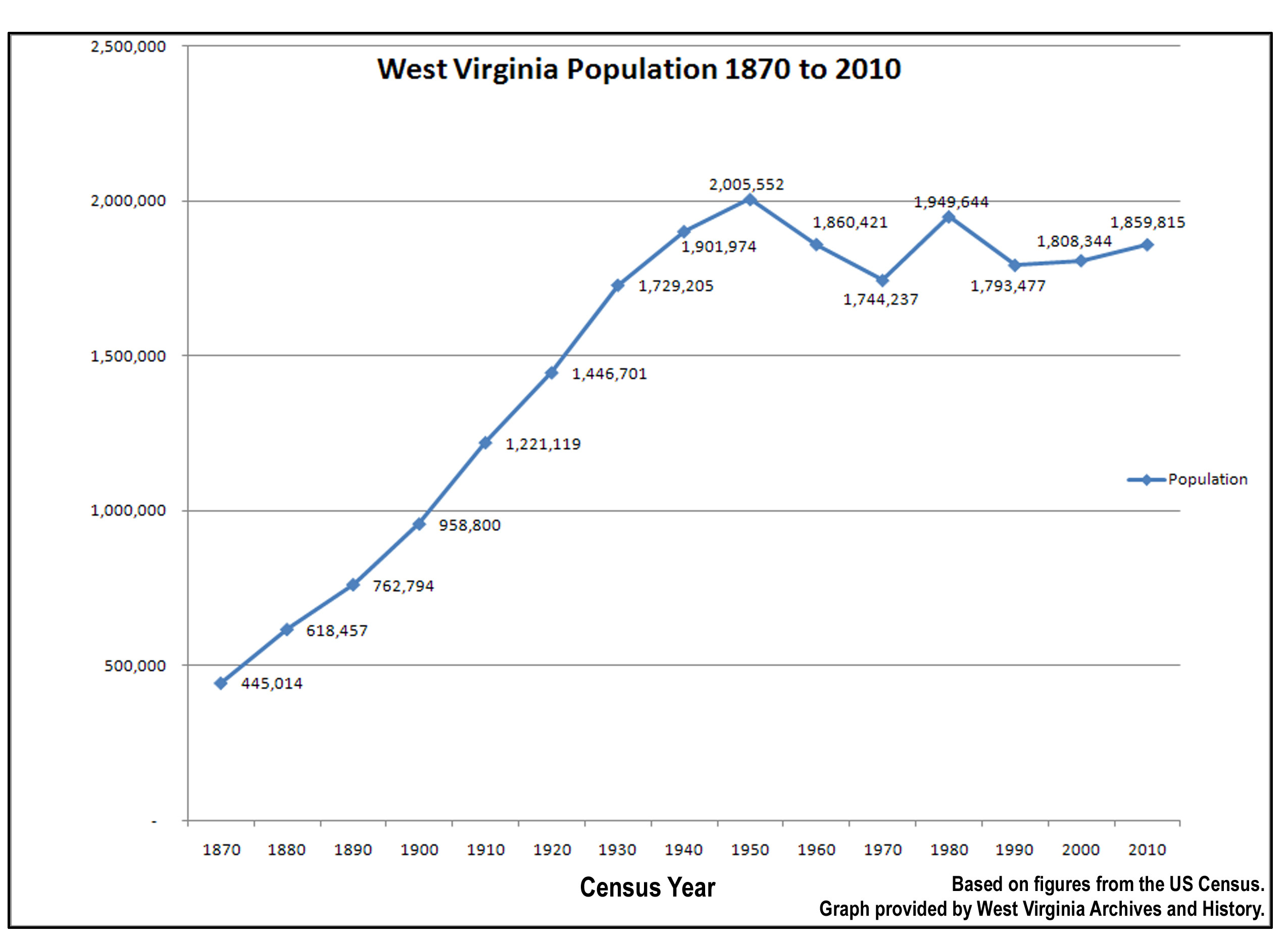 The state is entirely within the Appalachian Mountains, and its economy has always been heavily centered on mining, particularly coal extraction. That's not a shrinking industry just yet, but there has been a lot more competition from other producing regions since the end of WWII, this is a very labor-intensive activity, and the US isn't exactly known for its dirt cheap labor costs.

However, there are a lot of close calls and maybes:

If you had asked a few years ago, North Dakota (at over 180,000 sq km) would have been an answer to your question, having peaked at around 680,000 around or about 1930. However, extraction of oil from shale via fracking in the early 21st century led to a population explosion, from 640,000 in 2008 to over 750,000 just eight years later (still roughly where it is). If the Biden administration bans fracking, North Dakota may be going back on your list.

At over 40,000 sq km, Michigan's Upper Peninsula (a well-defined geographic unit of the state of Michigan), definitely shrank in population, though its peak was below 500,000. It peaked in population around 1920 at over 330,000, down to 311,000 or so in 2010 and about 295,000 today. Continuing a theme (see also T.E.D.'s answer on West Virginia), the Upper Peninsula is primarily a mining concern, producing 25% of the US's iron ore, and transshipping almost all of it through Sault Ste. Marie (since almost all the rest comes from Northeastern Minnesota).

The population of Washington DC peaked at almost 900,000 in between censuses during the 1940s for a variety of reasons and hasn't come close since. It bottomed out at less than 600,000 a few decades ago and only recently made it back past 700,000. But of course, at around 200 sq km, DC doesn't come close to your size requirement.

Puerto Rico has seen precipitous population decline over the last 10-15, from a peak near 4 million, to not much more than 3 million today, but of course that peak was not pre-1950, and it's a little under 10,000 sq km.

Sardinia has been flat population-wise for at least three decades, so that may eventually be an answer to your question, if you update 1950 to 1990 or so.

I suspect Sverdlovsk Oblast (location of Yekaterinburg) may well have had a larger population in 1942-1943 than today's 4.3 million due to the evacuation of Soviet industry and many civilians behind the Urals. This one would meet all your criteria, but good luck finding the mid-war population numbers for that one....

I should add that in all these cases, the cause was emigration rather than genocide or a big increase in death rates, mostly voluntary, with the obvious exception of Sakhalin. In some cases the emigration was due to deteriorating economic conditions, in others due to having had an unusual population peak either due to wartime refugees or wartime production or to mineral extraction. (I suspect when we run out of oil you'll be adding Saudi Arabia to your list.) Obviously this isn't to say that genocide doesn't happen, just that surviving populations don't avoid good real estate just because a lot of people died there. Even in the case of Ireland, the massive waves of emigration were responsible for most of the population loss. If the Irish diaspora all returned to Ireland, it would have something like 30,000,000 people (guesstimate...and "apportioning" people of partial Irish ancestry) and a population density on the order of Belgium's.

One specific example is the Guatemalan province of El Petén, which contains the ruins of the city now known as Tikal.

For example, Tikal, which in the late 800s is estimated to have had a population above 100,000 and to have been surrounded by farms providing it with food, is now a ruin surrounded by a national park in Guatemala. The closest modern city that size is La Libertad, 100 km away.

Edit: Since a comment has challenged whether this example meets conditions 1 and 2, some more specific population estimates. LIDAR studies show that the population of the Maya Empire at its height was between 5 and 15 million. Estimates of the population around Tikal are disputed, but one says, “In a region within a 25 kilometres (16 mi) radius of the site core and including some satellite sites, peak population is estimated at 425,000 with a density of 216 per square kilometer (515 per square mile).” That’s approximately 2,000 km², nearly all of which is a nature reserve today, and the closest modern cities (which are much smaller) are 64 km away. There are fewer than 550,000 people living in the Department of El Petén today, which has an area of nearly 36,000 km². There were certainly Maya living within that area, more than 25 km from Tikal. For example, another large city, Calakmul, was located 35 km north of the present-day border between Guatemala and Mexico.

Regardless of the major uncertainties about who was living where in the year 900, there was such a complete abandonment of that area that it certainly would be possible to draw an outline on a map, at least 20 km² large, where more people lived in the Classic Maya period than now, whether or not it exactly matches any modern boundary.

The northern of the three Swedish "lands" (the other being Götaland and Svealand). Being over half of Sweden's area it should satisfy your first criterion.

While not a significant drop by itself, it illustrates a larger trend of many parts of Scandinavia having a dwindling population, despite an overall population growth in the countries. This is largely an urbanisation effect, but will usually be invisible if counting administrative regions as a whole since they naturally contain both urban and rural areas.

By subdividing further into "more rural" and "more urban" regions, one may certainly find larger drops (Lappland, -28% since 1950, -36% since 1960), but these will not be large enough to fulfil your minimum population criterion.

Even though it does not meet your size or population criteria I'd like to submit Vatican City as an honorable mention. According to the linked website, the population declined from a post-war 900 to about 800 today.