What coin/pendant is this and is it worth any money? 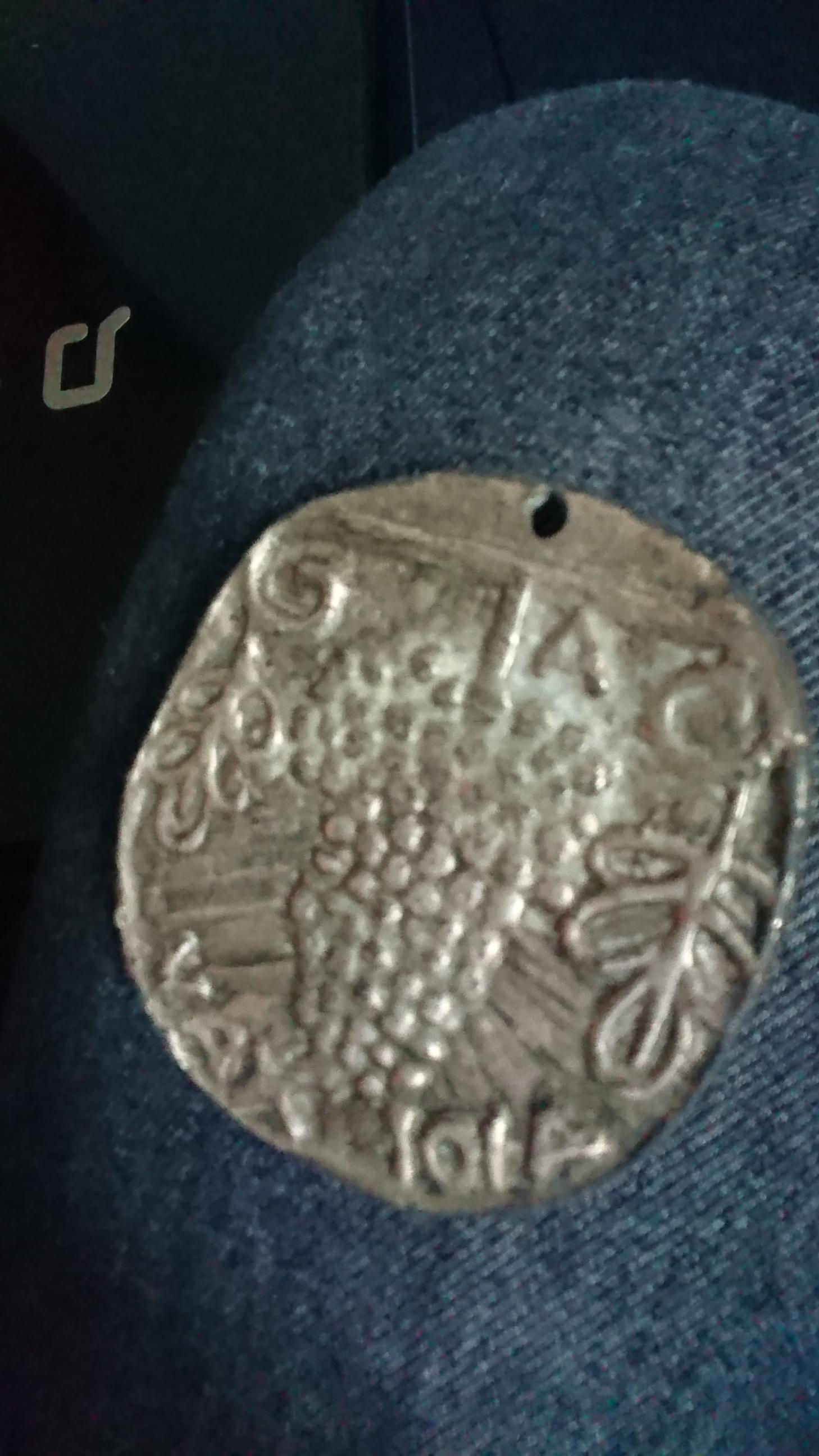 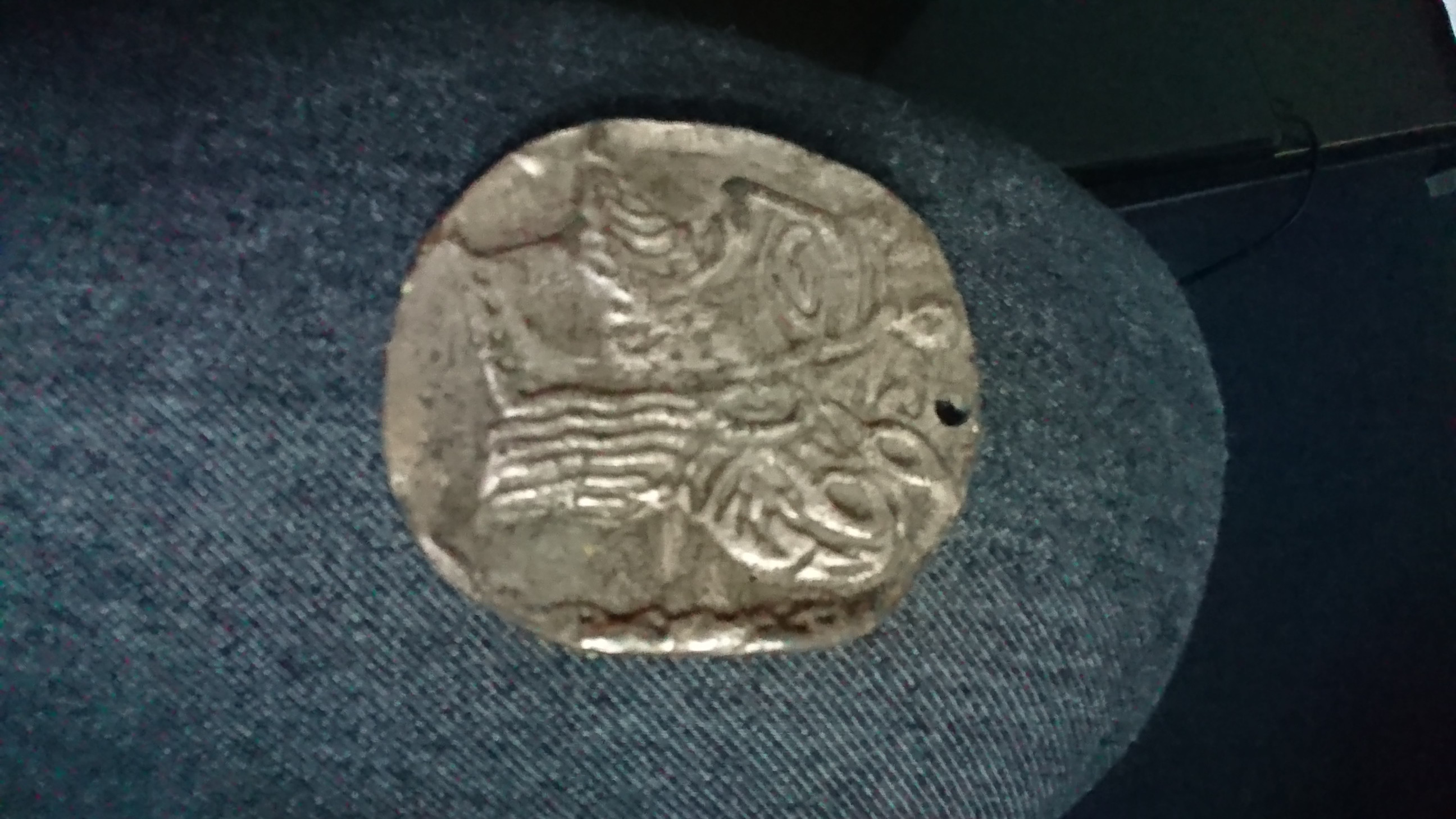 This was found a long time ago by my neighbour who has now passed it on to me. It has NAX IOIA on the coin with what I believe to be a kings or gods face on one side and some grapes and vines on the other.

It looks like a modern tourist souvenir. The inscription actually reads NAX IOIA.

These medallions are usually something like 6 - 8 cm across, and are very loosely based on the design of coins like this silver Drachm from Naxos:

The original shows the head of the god Dionysus on the obverse, and a bunch of grapes on stalk with two leaves on the reverse. The inscription on the reverse was originally NAC ION (which is perhaps rather less-recognisable to tourists), and the difference in the quality of the images between the original coin and the modern souvenir is very noticeable.

Your medallion is probably cast, rather than hammered, although I can't make out enough of the edge detail from your photograph to be certain. I've seen medallions like that sold online from time-to-time. They usually sell for a few pounds Sterling.

Not the answer you're looking for? Browse other questions tagged ancient-history ancient-rome ancient-greece or ask your own question.

2
Is there any corroborating evidence for the story of Shadrach, Meshach, and Abednego?
29
What is the evidence to claim that political order in ancient Rome was sufficiently different under “kingdom”, “republic” and “empire”?
22
What is the primary source for this quote by Julius Caesar's on Celts and Germans?
23
What is the last historical mention of people worshipping the Roman gods?
8
Did Greeks and Romans tolerate those who only worshipped some of their gods?
24
How to identify this coin with a bust on one side and the letters S and C on the other side?
13
Does modern scholarship accept an Ethiopian or Nubian origin for Egyptian hieroglyphs?
7
What’s this odd hat/crown and is it related to Baal?