When did Europeans make their first well-attested visit to mainland Alaska?

To my surprise, I could not find a straightforward answer to this question. When did Europeans first set foot in mainland Alaska? I could easily find that:

To be clear, I am more interested in the first factual visit (such and such visited mainland Alaska in 17xx...) than in deductions (such and such must have visited by 17xx...).

Although the Spanish had claimed all the coast from Mexico to the Bering Straits, it was Russians who were the first Europeans to actively explore and trade around the Alaskan mainland and nearby islands. According to the Historical Dictionary of the Discovery and Exploration of the Northwest Coast of America, in 1761 the fur trader Gavriil Pushkarev was the first Russian to set foot on mainland Alaska, specifically on the Alaska peninsula near the Shumagin Islands. In late 1761, Pushkarev, on an expedition financed by the merchant Ivan Bechevin,

reached the Alaska peninsula without knowing he had discovered continental America and, trading with natives, prepared to winter over at Protassov Bay opposite the Shumagin Islands.

As with so many European incursions into other lands in the pursuit of profit (in this case, furs), an encounter with the local Aleut soon led to fighting (in January 1762). 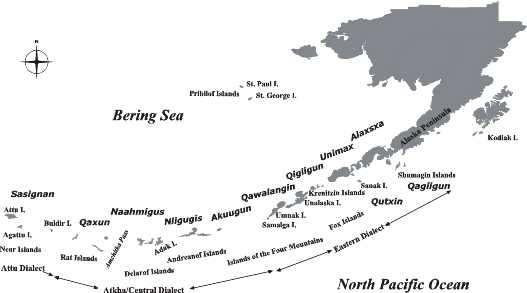 Pushkarev is also mentioned in Alaska Peninsula National Wildlife Refuge (U.S. Fish and Wildlife Service) and in Brian Bonhomme's Russian Exploration, from Siberia to Space: A History which says:

The first Russian to land on the mainland of Alaska, rather than on an island, was Gavriil Pushkarev, who stepped on to the peninsula in 1761.

Two years later, in 1763, Nikolai Daukin visited the Seward peninsula. Although the Spanish had been the first Europeans to reach the pacific coast of the Americas 250 years earlier (in 1513), it wasn't until 1775 that they ventured as far north as Alaska.

NOTE: in Alaska History: an Annotated Bibliography (2005), the chronology states "1731 Mikhail Gwosdev lands on the Seward Peninsula". However, other sources indicate that Gwosdev did not visit the area until 1732, and he was prevented from going ashore on the mainland by adverse conditions. However, he and the navigator Ivan Fedorov were the first Europeans to see Alaska (in 1732).

Not the answer you're looking for? Browse other questions tagged russia 18th-century exploration alaska or ask your own question.

52
Why did Britain not purchase Alaska when Russia had it up for sale?
15
What mistake did abbot [Jacques?] Delille make when eating an egg at the Court of Louis XVI?
104
Why did archery not make a comeback when armor was phased out in the 18th century?
31
Were there ethnic Russians in Alaska when the US purchased it 1867? Did they stay?
5
When did the Portuguese decide to extend their West African exploration to finding a sea passage to India?