How much protection did Fort Warren afford Boston?

Fort Warren (constructed 1833–1861) was built on Georges Island in Boston Harbor, by my understanding to guard what was then the main channel into Boston, marked "Main Shipping Channel" on this chart.

How much protection from an attack by sea did the fort afford? Did Boston still need to worry about an attack via other channels?

My answer would be 'not much' but that's with a lot of hindsight.

Firstly, Boston and the north-east was primarily a battleground in the Revolutionary War and in the War of 1812. It was, of course, impossible to know at the time, but the US would not be fighting a home ground war in the north-east after that. Without that hindsight, James Madison's Third System was a sensible move, designed to fortify the coastal towns against a possible seaborne enemy (i.e., Britain).

Fort Warren was built between 1833 and 1861, making it ready for the Civil War. Yet, the likelihood that a Confederate ironclad would come this far north was perhaps unlikely (though fitting the purpose of the fort). Yet, the military had also developed:

changes in technology affected design; the higher velocity ordnance of new rifled cannons crushed and penetrated the masonry walls of Third System forts. Severe damage was inflicted to forts on the Atlantic Coast during the Civil War. For example, Fort Sumter in South Carolina was bombarded into surrender by Confederate batteries in 1861, and reduced to rubble during Union efforts towards its recapture. In 1862 Fort Pulaski in Georgia was forced to surrender after only 30 hours of bombardment with rifled cannon, primarily large-caliber Parrott rifles.

During the Civil War, naval officers learned that their steamships and ironclad vessels could run past Confederate-held Third System forts with acceptable losses, such as at Mobile Bay.

The below map highlights marine approaches to Boston: 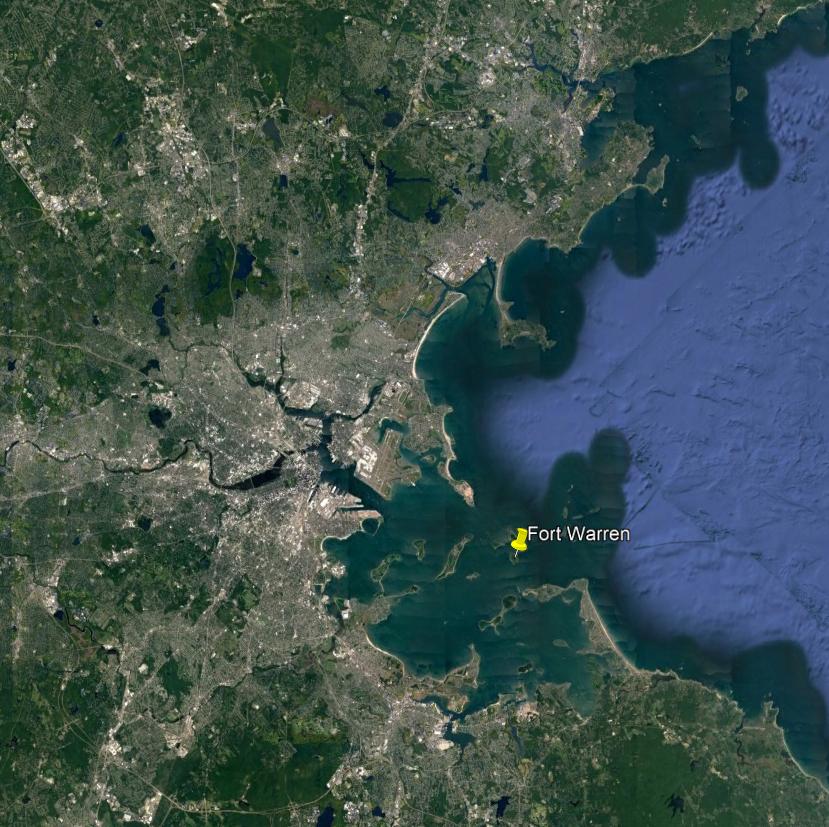 Even before this time, however, I think skilled coastal vessels could have made it past the fort (perhaps at night with local pilots' help?), but this is speculation. More importantly, perhaps, British troops could always have descended from Canada and this fort would have been no use in that situation.

Not the answer you're looking for? Browse other questions tagged naval defense boston or ask your own question.

15
How much oil was spilled by the naval combatants during WW2?
11
How did galleys battle?
15
How much did a ship cost in Ancient Greece?
6
Did a letter of marque give actual protection in the middle ages?
38
How much evidence is there regarding the naval punishment of keelhauling?
5
In early WW2, how much of the merchant marine was American?
11
How much gunpowder could the average Napoleonic ship of the line carry?
5
How long would it have taken to sail from Boston to Nova Scotia in 1775?