When and how did the British Monarchy stop claiming Divine Right

Traditionally most royal families justify their rule by "divine right". When and how did this stop being the case for the British royal family?

(This question evolved a lot, check edits to get a better picture and understand the context of the first two answers better)

As mentioned already by Mark C. Wallace, one of the key aspects of the English Civil War was the divine right of the Monarchy.

The Bill of Rights Act 1689 established that the succession to the throne is regulated by Parliament and not by any divine right.

The following lines state that James the II abdicated the government and left the throne vacant when he fled the country.

Recital that the late King James II. had abdicated the Government, and that the Throne was vacant.

The Bill of Rights then went on to declare William and Mary the King and Queen of the United Kingdom.

Acceptance of the Crown. The Two Houses to sit. Subjects’ Liberties to be allowed, and Ministers hereafter to serve according to the same. William and Mary declared King and Queen. Limitation of the Crown. Papists debarred the Crown. Every King, &c. shall make the Declaration of 30 Car. II. If under 12 Years old, to be done after Attainment thereof. King’s and Queen’s Assent

Furthermore, the supremacy of Parliament was established after the signing into law of the Bill of Rights Act 1689. The bill set in stone the sovereignty of Parliament by making a number of things illegal, in direct reference to the actions of King James II.

by the Assistance of diverse evill Councellors Judges and Ministers imployed by him did endeavour to subvert and extirpate the Protestant Religion and the Lawes and Liberties of this Kingdome.

For the purposes of this answer the following two parts of the Bill of Rights are most important:

That the pretended Power of Suspending of Laws or the Execution of Laws by Regall Authority without Consent of Parlyament is illegall.

That the pretended Power of Dispensing with Laws or the Execution of Laws by Regall Authoritie as it hath beene assumed and exercised of late is illegall.

These two parts of the Bill of Rights Act 1689 establish that the Regent cannot legally suspend or execute laws without the consent of Parliament.

The Bill of Rights Act 1689 set out the foundations of constitutional monarchy. Rights obtained by Parliament included:

Freedom from Royal interference with the law;

Freedom from taxation by Royal prerogative

Freedom to petition the King

Freedom to elect members of Parliament without interference from the Sovereign.

More information regarding the succession of the British throne is summarised here.

Divine right was refuted first when they cut off the head of the last monarch to assert it, and then again in the classic Reflections on the Revolution in France. I don't have that work with me right now, but it very solidly makes the point that ultimate power in Great Britain is vested in law.

This Declaration of Right (the act of the 1st of William and Mary, sess. 2, ch. 2) is the corner-stone of our constitution, as reinforced, explained, improved, and in its fundamental principles for ever settled. It is called “An Act for declaring the rights and liberties of the subject, and for settling the succession of the crown.” You will observe, that these rights and this succession are declared in one body, and bound indissolubly together. Reflections on the French Revolution

Further in the same work, Burke quotes the Declaration of Right,

“The Lords spiritual and temporal, and Commons, do, in the name of all the people aforesaid, most humbly and faithfully submit themselves, their heirs and posterities for ever; and do faithfully promise that they will stand to maintain, and defend their said Majesties, and also the limitation of the crown, herein specified and contained, to the utmost of their powers,” &c. &c.

Note with emphasis the limitations of the crown.

When and how did the British Monarchy stop claiming Divine Right?

Just to be contrarian - and despite the accepted answer - I don't think that they have. 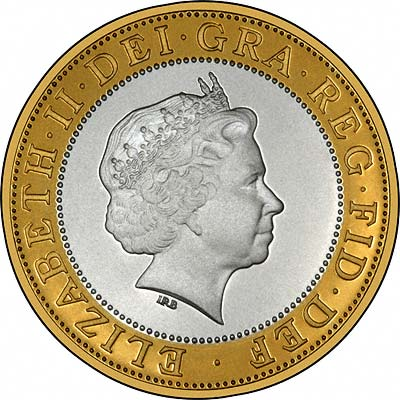 and a lot earlier too 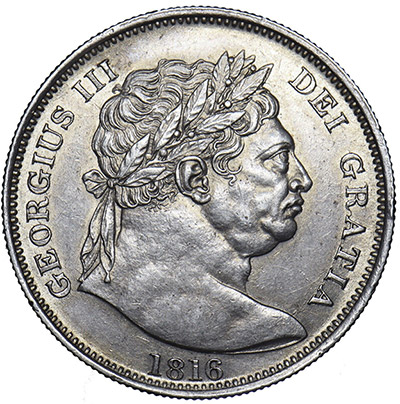 That is an abbreviation (not a lot of space on coins) for Dei gratia, Regina, fidi defensor which means by the grace of God, queen, defender of the faith, which reeks, to me, of divine right.

I would have to dig around to find when that was first added to the coinage, or maybe that ought to be a separate question.

Not the answer you're looking for? Browse other questions tagged royalty royal-succession or ask your own question.

5
Can the current British monarch be overthrown or otherwise replaced?
7
When did Dei gratia/fidi defensor first appear on British coins?

11
In the British empire, what was the difference between a Governor General and a Viceroy?
4
How did British queens get power over kings despite a male-dominant society?
3
When the king was away, did their queens sign Acts of Parliament on their behalf?
2
When did England make a statute that barred foreigners from inheriting the throne?
8
What was the de facto rule by which the imperial title was transmitted in various Chinese dynasties?