Was there any mention in historical articles regarding Joan of Arc's physical appearance?

Modern media seems to portray Joan of Arc as a very attractive girl. I don't quite buy this interpretation of her as it would also suggest plenty of suitors and could be counter productive in a camp full of men frustrated at the state of their country. So was Joan of Arc really as attractive as modern media suggests, or was she just a plain peasant girl who managed to uplift a country?

There is a contemporary portrait of Joan of Arc in the art section of this site: 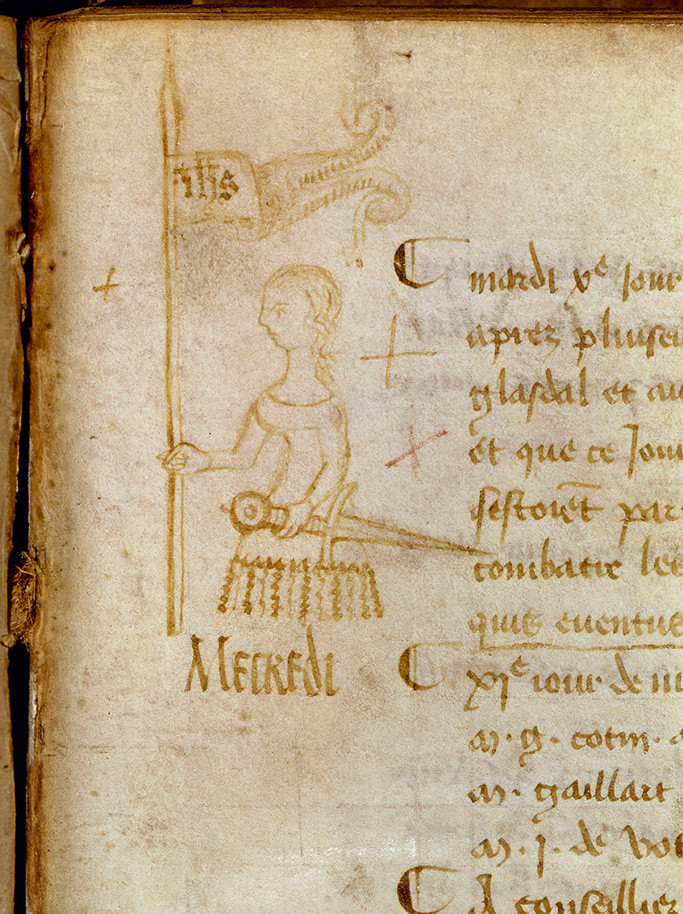 However, none of it can be verified as being accurate and the artist had never seen Joanne. There are some short descriptions of her during her trial (here and here) and a biography here that do go into some detail of what she might have looked like. Of course, you can get the trial transcript yourself. This boils down to:

In these documents she is described as a short, sturdy woman, with black hair.

Solving a Mystery: What Did Joan of Arc Look Like? by Patricia Nell Warren offers an hypothesis as to what she might have looked like. Another, more silly is a view of different representation of her... 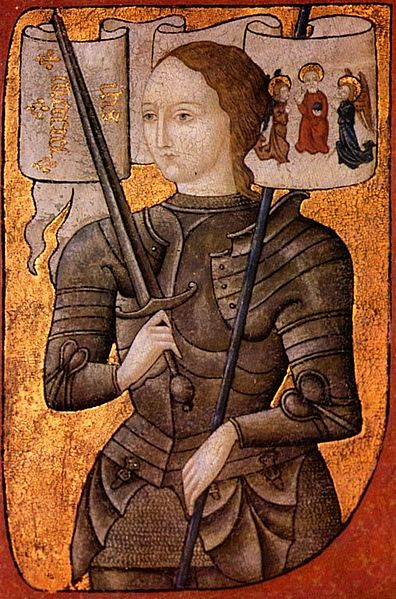 i.e. - We don't know that she really looked like.

could be counter productive in a camp full of men frustrated at the state of their country.

I don't think that History supports your theory, particularly in the case of France: During the French Revolution there were similar situations - attractive women involved in battle. In fact, in History, Carlyle in 1.7.V describes one of the most prominent a figures in the Revolution, one Demoiselle Theroigne, who was compared by some to Joan of Arc also know as "the Maid of Orleans". (Perhaps we can deduce from the comparison to Joan of Arc that Joan was also reasonably attractive, although this is admittedly a stretch.)

The seized cannon are yoked with seized cart-horses: brown- locked Demoiselle Theroigne, with pike and helmet, sits there as gunneress, ‘with haughty eye and serene fair countenance;’ comparable, some think, to the Maid of Orleans, or even recalling ‘the idea of Pallas Athene.’ 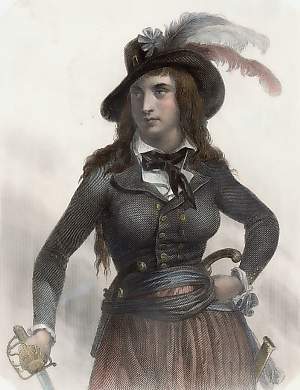 She was the most prominent of the women involved in the French Revolution, but there also were many others, and Carlyle is not shy about describing some of them as quite fetching indeed. Yet they were not a distraction, but an asset: they inspired and encouraged the men, they sometimes fought themselves, and most interestingly, according to Carlyle's account (disputed by others) Demoiselle Theroigne actually led a group of women during the Women's Insurrection and March to Versailles whose mission it was go and mingle with certain groups of soldiers loyal to Louis XVI, and seduce them into submission.... Much more has been written about the role of women in the French revolution as well (sources forthcoming...)

Bottom line: It seems that if you're busy fighting a war trying to fix your country, you probably have other things on your mind. You accept even very attractive women as soldiers and leaders and stick to business. Time for fun after the war.

We don't know what she looked like, but we are informed by people close to her that she was an attractive, well proportioned girl

Since I can't copy/paste from the source, and some people are having trouble reaching it, page 24 contains the sentence,

"The person closest to her from April 1429 to May 1430 claimed he was surprised to never have been tempted to approach her, 'although she was an attractive, well proportioned girl'. The footnote from that sentence is to a quotation in french quoting DuParc

The book in question is "Joan of Arc: Reality and Myth By D. E. H. de Boer, Marina Warner"

We will never know for sure because when they burned heretics they also burnt all things with their image on them.

Not the answer you're looking for? Browse other questions tagged middle-ages france or ask your own question.

11
Was there any connection between the Ottonians and Benedictines?
10
Was there any way to deal with infections in pre-modern times?
12
Are there any ideas as to what the English landscape was like before the arrival of the Angles?
0
Was there any sort of medieval defensive contraption which dropped rocks on attackers?