What were the casualties and ship damage on each side of the Battle of Plum Point Bend, Tennessee?

Specifically, how many were killed/wounded/missing on each side?

naval american-civil-war
Share
Improve this question
asked May 8 '17 at 21:01

The best details I find concerning the Battle of Plum Point Bend can be found in the book The Naval History of the Civil War,By David Dixon Porter 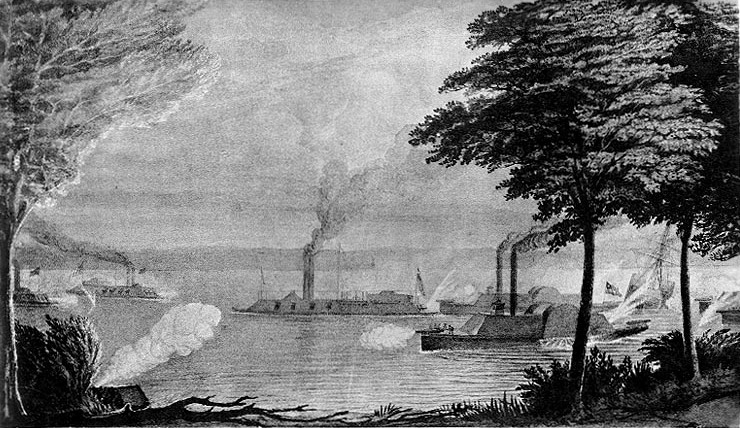 The book, discusses the engagement, and details the casualties on pg 167

from a report by the confederate commander:

Discussion of the conditions of the ships damaged or lost seems to vary among sources, the main agreement being that the ironsides the USS Mound City , and the USS Cincinnati both were rammed repeatedly and retreated to shallow water, and sunk:

The boiler or steam pipe of one of the leading vessels of the enemy was exploded by a shot from the flag ship 'Benton' Lieut Com Phelps and three of enemy's vessels including the one encountered by the Cincinnati were disabled and drifted down the river A fifty pound rifle shot from the Carondelet passed through the boilers of another the enemy's vessels rendering her helpless...

The confederate ships all were able to withdraw, however.

Not the answer you're looking for? Browse other questions tagged naval american-civil-war or ask your own question.

21
Were slave rowers ever chained to the ship?
4
How effective were siege guns and gun boats compared to field artillery in the 19th century?
5
Were any of the historical figures of the American Civil War close at West Point?
8
Why were Japanese submarines not able to defend in the Battle of the Philippine Sea?
32
Why were Civil War battle techniques so bloody, if the US had learned guerrilla fighting in the Revolutionary War?
12
In World War II, why was the ratio of killed to wounded of the Royal Navy twice that of the US Navy?
4
How did messages get back and forth between ship and shore during the Battle of Cherbourg?
3
What were the circumstances surrounding Forrest's injury at Shiloh?
35
How were horses disembarked from sail ships?