Could anybody identify the rank/regiment of this soldier?

Could you help me identify his rank and regiment? 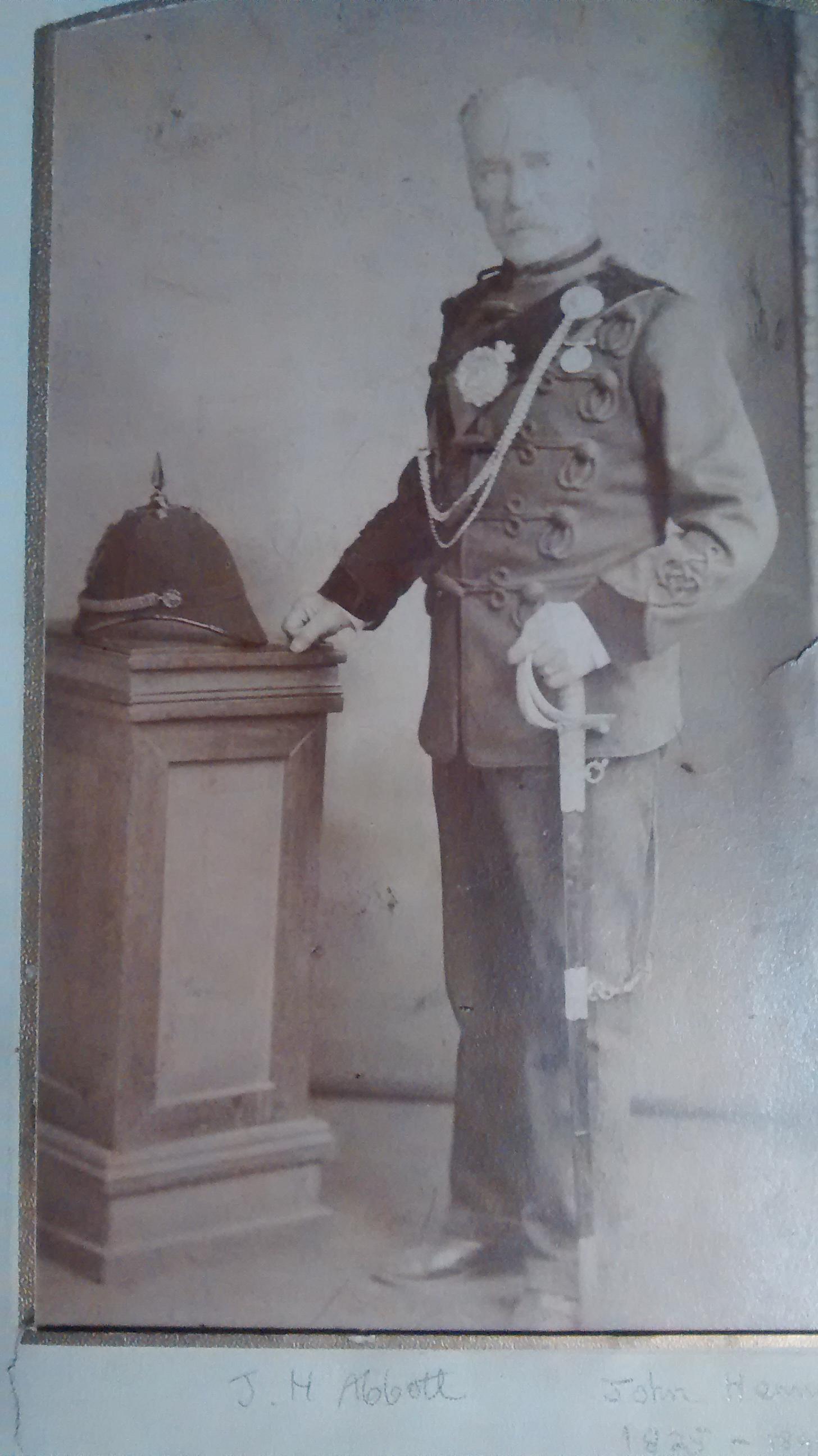 The uniform in the picture would seem to be that of an officer of a rifle brigade from the United Kingdom and not of a hussar as posited in another answer. This can be attested by the pouch belt chain lion worn across the chest. This item was worn, as far as I know, only by the officers of the rifle regiments/brigades. Furthermore, the style of embroidery and dull tint of the braid seems to align with the green jacket of the rifle brigade. Source: http://www.victorianstrollers.co.uk/stevesuniforms/riflecorps.html

As to the rank of the man pictured, it is hard to say. His sleeves and collar are relatively plain and thus would suggest he is not a particularly high ranking officer. Also, his only medal seems to denote a short or uneventful career despite his advanced age. Perhaps, he was simply a reserve officer in the London Rifle Brigade or some other reserve unit which didn't see much action before the 20th century.

This looks to be a British Hussars uniform. Here is an example of a Hussar's Uniform: 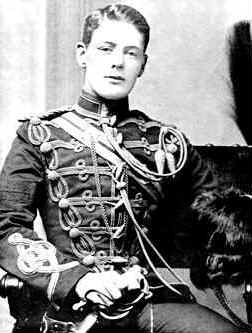 This image, from 1895 is a young Winston Churchill as a 2nd Lt. 4th Queen's Own Hussars.

Note the braided bands, descending in width, and the wrist braid pattern seems the same. Other details don't match however, so at the moment I'm unable to nail down the exact unit or rank from above. The British cavalry units changed designations several times during the 19th century, using Lancers,Hussars, and Dragoons.

On a genealogical note, there is an entry concerning a JH Abbot, who was a member of the Kings Own Hussars, but the other info doesn't seem to correspond with your photo.

By the thickness of the sleeve details, color of the pants and no collar details... Fits almost perfectly with C.S.A. major meds uniform.

I've never seen a pickelhaube like that but there's a site where you can certainly get a more accurate information about that souvenir. http://www.pickelhaubes.com

This is a British rifles uniform, circa 1878 to 1902. It is definitely a British "home service helmet' as someone mentioned, not a german 'pickelhaube'. The braided tunic shown was worn by officers and senior non-commissioned officers (NCOs). He doesn't have an officer's shoulder straps, so he is a senior NCO. His uniform does not match one of the regular army rifles regiments, and I am sure he is a member of a Volunteer Rifle Corps, a part-time unit similar to the US National Guard.

Not the answer you're looking for? Browse other questions tagged identification uniform early-modern or ask your own question.